Feedback: Feedback-Thread
Freelancers Inc. has problems with some alien activity around and above Rubi-Ka. They'd be glad if you could help them and are offering jobs with great rewards!

Just follow the signs to one of their Mission Agencies and talk to the Alien Handler. 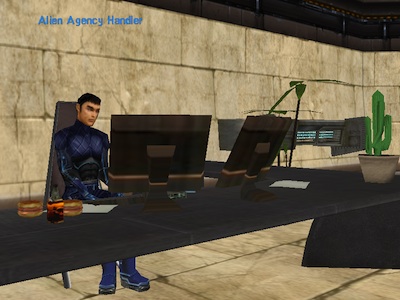 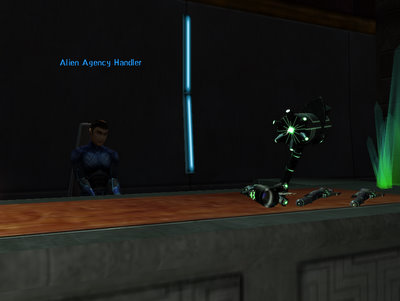 The Alien Handler asks you if you would like to face the aliens alone or with your friends.

Please note that you will not get a team mission in the sense of RK missions or SL missions where you would recieve a mission key and can update the mission status of your team mates. Everybody of your friends (teamed or not) who wants a mission reward must pull the mission from the Alien Handler.

If you are strong enough (doing city raids solo and playing hide & seek with aliens in Arid Rift all the time) you can also do one of the team missions solo. You don't have to be in a team in order to pull them or get the reward.

The amount of AXP you'll get from each mission (solo or team) depends on your current AI level. The following table shows the AXP you need for each AI level and the AXP you will get from the dailies.

⇑
Regarding the Transporter 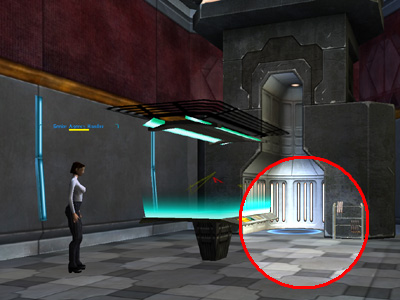 Portal from the Omni Agency to the Unicorn Outpost. 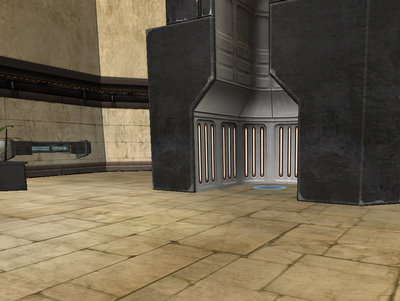 Portal from the Clan Agency to the Unicorn Outpost.

⇑
If Your Solo Mission Entrance is in the Unicorn Outpost

Some solo AXP missions have their entrance in the Unicorn Outpost by a ship near the one related to LE missions. 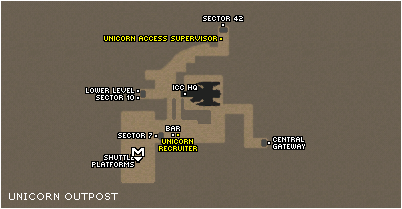 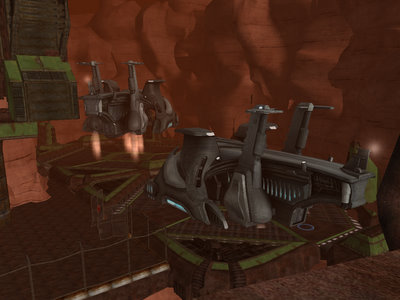 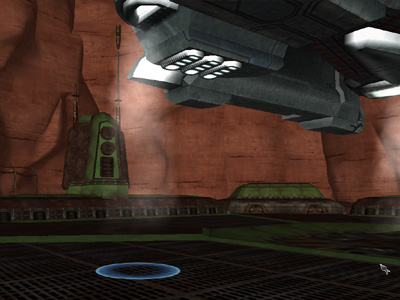 There is a transporter beam directly below the shuttle.

Last updated on 02.18.2020 by Saavick
Written by Afreng and AnotherPhoenix
Do you have questions about this article or found an error? 2 comment(s) - Click here to view them!