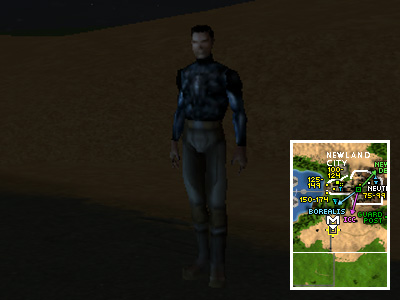 It's dark and we're a ways outside of a populated area. What's the worst that could happen?
The Agency wants you to investigate claims of alien abduction made by someone found a ways outside of Newland City (this NPC's name and even appearance can change from patch to patch). He seems like your usual nut although after talking to him for a bit you find an alien ship overhead and a Stasis Field nano in your NCU preventing you from moving. Then before you know it "you feel the unmistakable sensation of space and time bending." 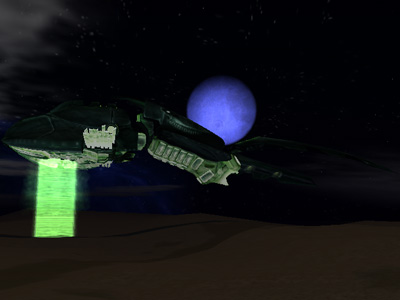 
⇑
Aboard the Ship and Getting Off it

You're trapped aboard the ship and need to get off it, fortunately there's a way. Your primary goal is to get your hands on a Pulsing Clump which is dropped by one of the mobs you'll find here but they won't give it up without a fight. The mobs you get it from though differs based on the types of mobs you find here as there's two possible versions.

This is the easier of the two versions. You'll find ten cocoons around the room which will spit out a Hive Spawn once you destroy the cocoon. One of the Hive Spawns will have the Pulsing Clump. 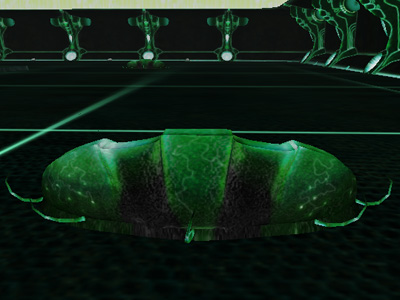 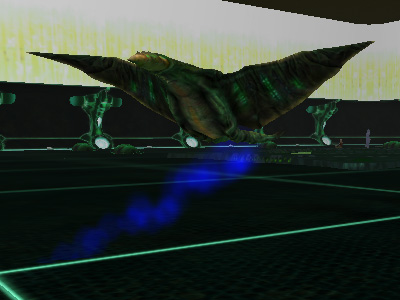 Hive Spawn put up a bit more of a fight.

This version is a bit more involved. Basically each time you kill one mob typically two more will spawn. As a result the order you kill them in is important or else you may find yourself in over your head and sent to reclaim. You may want to stick to the West side of the room. 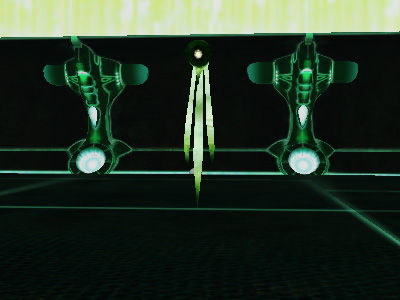 The Alien Defense Drone will greet you where you spawned at the Southeast. 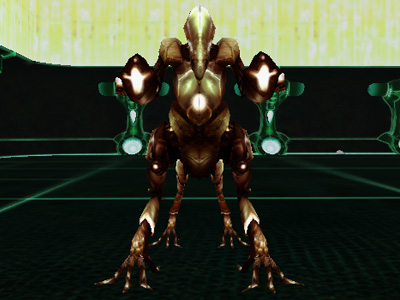 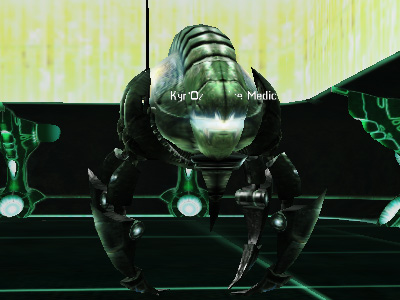 When you kill a Kyr'Ozch Hive Guard two Kyr'Ozch Hive Medics will spawn, one in the Southeast corner and the other in the Northwest corner. 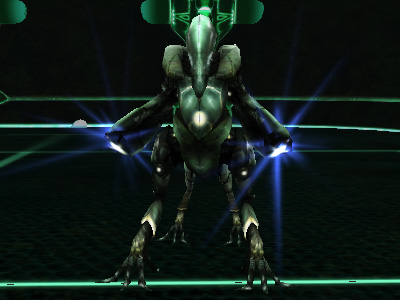 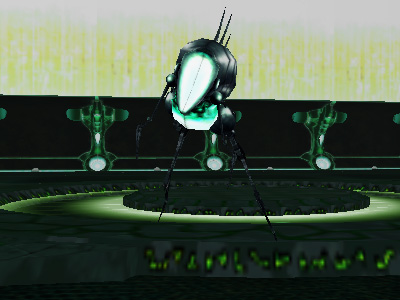 ⇑
Important:
When going through the above cycle you'll want to kill only one of the mobs from each spawned pair. Once you have the Pulsing Clump you could take it to the NPCs and leave or you could kill the rest of the mobs. If you decide to kill off all the other mobs the following patter will make things easier for you.
[list=1]
[*]Kill the other spawned Kyr'Ozch Hive Technician but you don't want to kill the Kyr'Ozch Hive Guard at the same location if you can help it. Use calms, roots or snares if you have them.

⇑
Your Fellow Prisoners will Help you 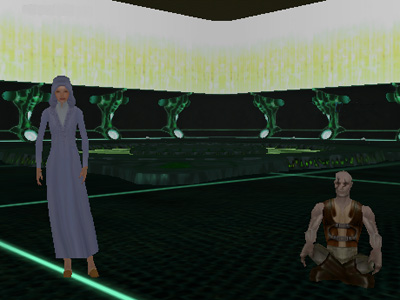 You'll notice you're not the only person stuck here as there's two NPCs in the Northwest corner of the room. If you talk to them they'll tell you about their experiences on the ship. Once you have the Pulsing Clump hand it to either one of them then run to and stand on the middle platform seen behind them in the above image. Their chat isn't always exactly the same and they react a bit differently based on who you give the Pulsing Clump to. So try giving it to a different one the next time you do this mission and talk to them again another time.

Once you're off the ship you'll find yourself back near where you started in Newland again. Return to the Agency and talk to the alien mission provider for your reward.

Last updated on 01.28.2012 by Silvana
Written and researched by AnotherPhoenix.
Do you have questions about this article or found an error? No comments yet - Please login first to post a comment.