Feedback: Feedback-Thread
As of 18.3 you no longer need to have completed Ground Chief Vortexx and the Alien Threat quests. 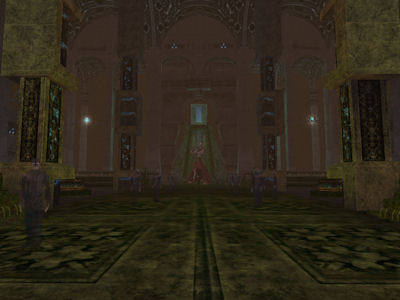 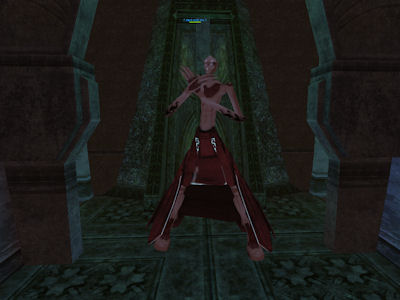 The entrance is located right in between both the Vortexx and Alien Threat entrances. This raid instance has a 4 hour lockout so be sure everyone involved doesn't have a lock. 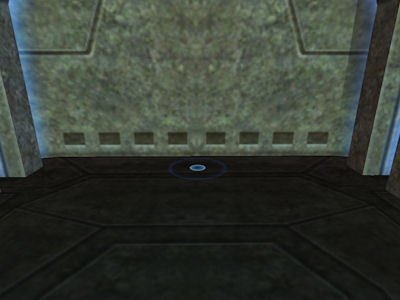 The Awakened Xan shared her concerns about a deranged disciple of the Great Manipulator. Apparently he's cooperating with the Dust Brigade to bring forth a second cataclysm, a final collapse of the world.

Once you're inside the instance, you will see a large Ergo-like statue in the background, right in the center of it, the Xan Spirit of Redemption (level 250) will be standing there, guarding the Elders Hall. 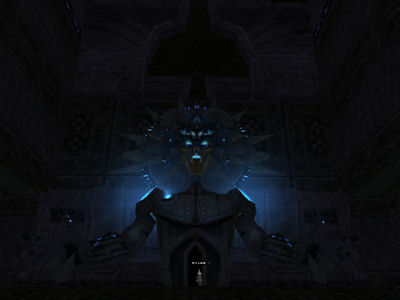 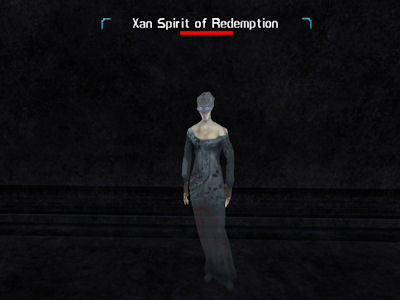 Once you kill the Spirit an earthquake will mark the start of the encounter. At this time the Left Hand of Insanity (Unredeemed) and the Right Hand of Madness (Redeemed) will spawn in the center of the main room. Both are pretty big mobs which have their own tricks to make their defeat as difficult as possible for you and your companions. 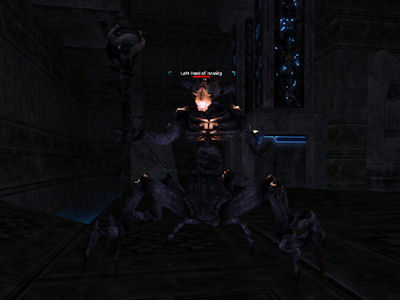 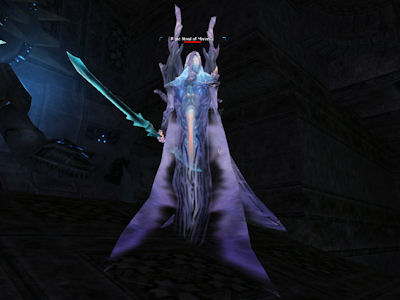 Start attacking the Left Hand of Insanity (the only one which will aggro you, Right Hand won't attack you for a while). Healers must be on their toes because he hits hard. The Left Hand also uses a fear that will make your entire team run away. This is unavoidable unless you have a keeper/fixer, once you are in control of yourself again run back to it. Having a keeper/fixer in the raid will help dealing with the fears much easier due to their fear resistance nanos.

When the Left Hand goes down to about 50-60% health the Right Hand of Madness will start attacking. At this point you have two choices:

Continue on the Left Hand and thus continuing to be feared with two adds around you. Using this tactic requires a lot of luck unless you have a Keeper to spam their anti-fear aura, even with a Fixer or Agent in FP Fixer it is highly risky and one bad moment can lead to a dead tank or doctor.
Alternatively you can switch to the Right Hand. The benefit of doing this is that you avoid being feared, since the Left Hand's fears are triggered by damage on the Left Hand. Be aware that the Right Hand can morph you into either a white bird or a silvertail. A morphed doctor or tank can turn the situation into an ugly and desperate fight for survival.

In both cases, the Deranged Xan will awaken before one of the two are dead, and your tank will have to deal with all three until the Hand you choose is dead. Once either the Left or Right Hand is dead, start your attacks on the second Hand, keeping alert to the possibility of fears/morphs. 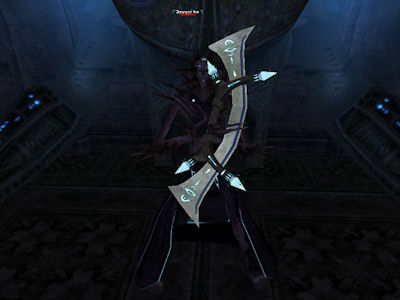 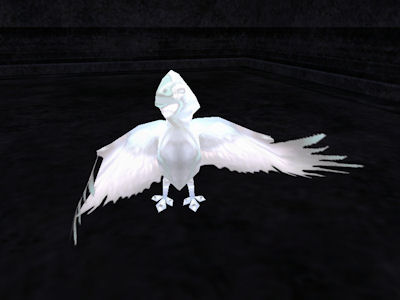 You can be morphed into a White Bird! 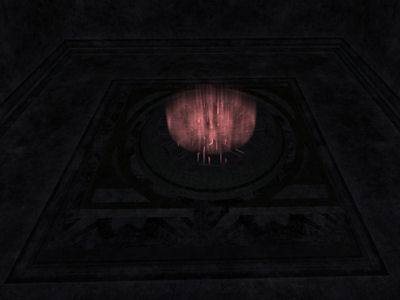 Red pedestal at the west side will remove the morph 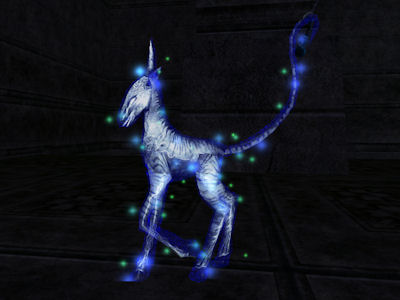 You can be morphed into a Silvertail! 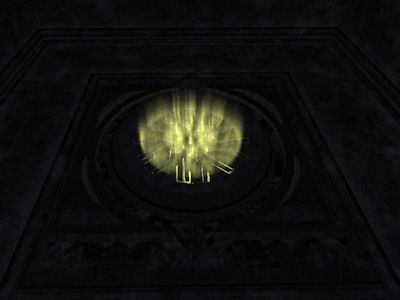 Yellow pedestal at the eest side will remove the morph

Once the Deranged Xan is free, the real fun begins, he will hit you harder than the previous mobs and has a few tricks up it's gigantic sleeves. Every time there is a quake, evade nanos will be removed from your NCU. Towers will pop up from the ground near him when he is under 75% hp so kill them fast because the green towers can get your NCU wiped and the blue towers will do a 5k damage AoE (Area of Effect), making you an easier and weaker target.

He is able to mind control you like a pet and force you to attack your companions once he is under 50% health. However right before he does it, he will shout one of these phrases which will give you a clue as to whom will be controlled by him:

Hidden Betrayers! (Agent)
You will obey!

Righteous Defenders! (Keeper)
You will obey!

Technology Slicers! (Fixer)
You will obey!

Machine Masters! (Engineer)
You will obey!

Mind Stealers! (Bureaucrat)
You will obey!

Enslaver of the Spirits! (Meta-Physicist)
You will obey!

Masters of the Flesh! (Doctor)
You will obey!

Shadow Lovers!! (Shade)
You will obey!

Wielders of the Source!! (Nano-Technicians)
You will obey!

Forest Dwellers! (Adventurer)
You will obey!

Shady Dealers! (Trader)
You will obey!

Strong Protectors! (Enforcer)
You will obey!

Men of War! (Soldier)
You will obey!

This will give you a few seconds for the team to prepare for it. The controlled raid member will not just attack, but use nanos. Imagine a doc UBT'ing his own friends? yeah, sick huh? It also affects the pets of the person being controlled, so be aware of all these possibilities. The key is to take it down as fast as possible. Making a mistake in this instance can cause the entire raid force to die, so don't get distracted. If you succeed in saving the world, you will be well rewarded, including a 5hr buff called "The Awakening":

⇑
Loot from this Instance

Last updated on 03.13.2020 by bitnykk
Written by Windguaerd.
Research submitted by the AO Universe team.
Special Thanks to Lumandan & Eyezdoc (Atlantean Server).
Thanks to Njbreed for contact about Trader, Soldier and Enforcer phrases said.
Updated by Caridast to reflect Yesdrop status for Right Arm Symbiant (Beta)
Do you have questions about this article or found an error? 9 comment(s) - Click here to view them!