Note: While this questline is available for RK2019 (RK6) only at this time, the armor parts are also obtainable via the Annual Anniversary events on both RK6 and RK5, held in June!

Note: Serpentine Sneaking Armor Boss loot (from the dead, rotting, smelly bodies) for the Anniversary event is set to level 220.
However, if you're lucky and close enough to the boss, you may be able to snag one of any of the Serpentine Armor pieces from the box that the bosses will drop at their feet when one dies! These pieces are set to QL 1 and each piece varies from boss to boss. Just run through the box to ensure you get loot. Check your inventory to be sure something spawned in your inventory and you might just be the proud new owner of a piece of slithering Serpentine Sneaking Armor.

To learn about the multidimensional Anniversary events, check out this Birthday Event World Bosses.

As stated, this questline is available on RK2019 only. It is aimed at levels 1-220 and consists of a number of level dependent quests. As you level up, another quest and a new piece of armor will become available to you. The quests are for pieces of the Serpentine Sneaking Armor.


Each piece of armor is earned through separate quests and based on whatever your level is at the time you complete the quest. If you are level 25 then your armor piece with be level 25 when you receive it. Not to worry though! This armor self levels with you all the way to 220.

The NPCs for this quest line are located standing together on the raised platform at the center of ICC. 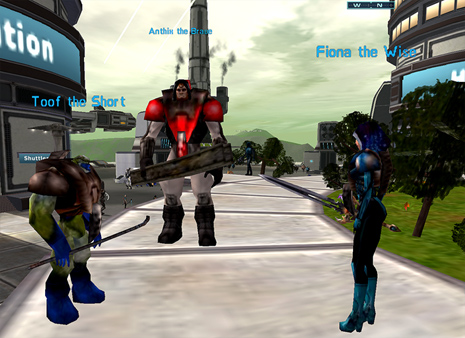 You need to speak to them in the order of level of the progression server RK2019. If you aren't high enough, they will tell you in their own way that you aren't going to cut the mustard...I do not think you've got what it takes for this one.

Additionally, if you've out-leveled the quest you will get a message indicating that as well. Be very careful if you want a full set of this armor to do the quests before you are out of the level range required to complete any of the quests. Since these quests are dependent on certain instances and Dungeons, there is no way to go back and get the piece you missed out on once you've out-leveled that area, unless you get them at the Annual Anniversary event held every June/July.

The first NPC is Toof the Short. If you are level 25 or less, he will start you off with a quest to deal with Abmouth Supremus deep in the bowels of the Subway. 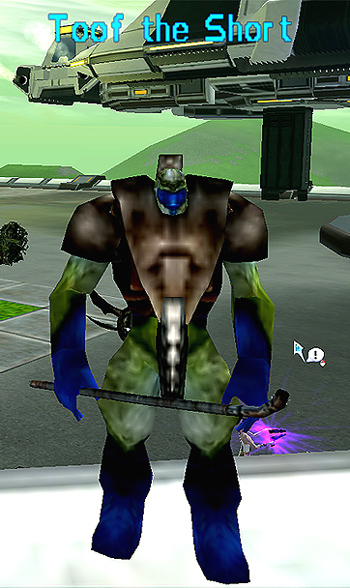 The Subway is located conveniently just East of the raised Platform and the NPCs. To learn more about the subway please visit our The Condemned Subway guide.

Once you have taken care of Abmouth Supremus you will see in your inventory:

Toof will also give the next quest as long as you've reached level 40 and are under level 61. He will send you to visit The Temple of Three Winds and ask you to take care of Aztur the Immortal One and rewards you with:

*Toof is a bit greedy with this quest and limits it to one sleeve only. No matter how you try to convince him, Toof will not offer you the chance at a second sleeve!


Anthix the Brave is the next NPC you'll want to speak with when you..."come of Age..."! He's on the same platform as Toof looking tough and ready to swing his steel beam! 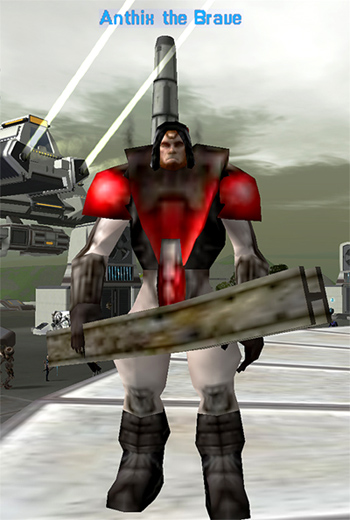 Anthix the Brave will give you a quest, once you've reached level 50 to first take care of T.I.M. in Foreman's (Biomare) located in Longest Road for:

Then, when you reach level 70 he will give you a quest to deal with Cerubin the Rejected in the depths of Crypt of Home located in Broken Shore, You'll get:

After you complete Anthix's requests it's time to move to Fiona the Wise who is dressed in blue and if not for the huge sword she carries could be mistaken for an innocent! 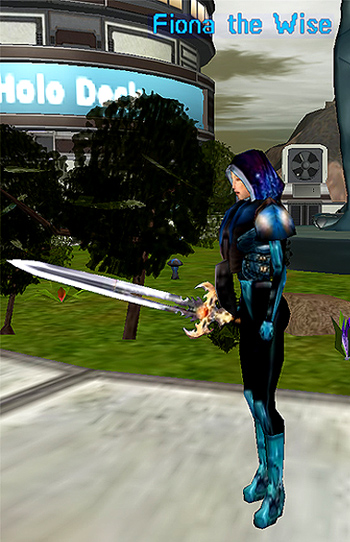 Fiona will expect you to be at least level 125 and able to wear your big girl or boy pants and she'll test your metal by sending you to the Inner Sanctum to take out Hezak the Immortal One!

This will definitely take a team on this server, so make friends with your local friendly Doc and Enfo, or gather your best 220 friends to take you in! When you conquer him you'll get rewarded with:

On her next quest, Fiona sure did take her time, but she has finally worked out the kinks and has shaken out the cobwebs to reveal her plan to challenge you to visit Mantis and Smuggler's Den deep in Southern Foul Hills to hunt down and to kill the Mantis Queen deep inside her lair.

Also, you can team with a much higher player and once inside, (if you know how), jump up on the lip of the main Cavern entrance, above the Borealis entry point, just inside the Mantis Den to avoid being attacked. You may then let the high character(s) kill the queen and still reap the reward of Fiona's coveted:

After that, she will push your skill with a trip to the Ace Camp and the Mercenaries to tackle the god of War, Ian Warr!
After taking him down, everyone in the team with the mission will get:

Once you obtain the shoulderplate, your full set of armor is ready to wash and wear! You're now set to conquer dungeons, demons, and dragons!

The armor may not be the best there is, but for the RK2019 server, it is a great starting armor to currently get! It's unique in that it will level with you all the way to 220!


Last updated on 01.29.2023 by Cariadast
Written by Cariadast
Researched by Cariadast
Thank you Valheru Ascendants
Full set pic courtesy of Sloth
Do you have questions about this article or found an error? 5 comment(s) - Click here to view them!