To celebrate the anniversary of Anarchy Online, a number of unique bosses spawn in various places on Rubi-Ka. This guide details the location, loot and tricks for each boss. This event was originally introduced on the Rubi-Ka 2019 server for its one year anniversary, but as of 2021 it's available on both servers throughout the game's birthday event in June.

The bosses spawn every nine hours. Each time a boss spawns, a global server message pops up, like:

The quickest way there is via the grid exit to Lush Hills Resort and heading south.

Spawn timer: Unpredictable. Due to low player activity in Coast of Peace, the zone regularly goes idle and this interferes with the timer. 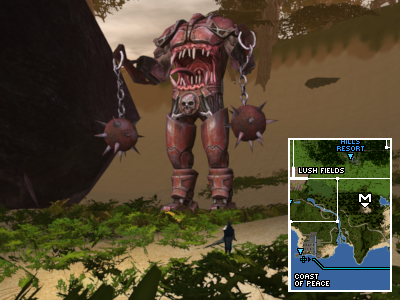 The quickest way there is fixer grid exit 7-M in Upper Stret East Bank and then head north.

Spawn timer: About 30% chance to spawn every 3 hours. 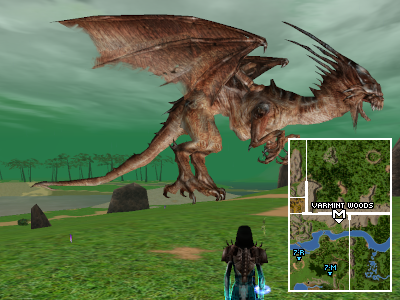 The quickest way there is fixer grid exit 8-L in Avalon and then go southeast.

Spawn timer: About 80% chance to spawn every 9 hours. 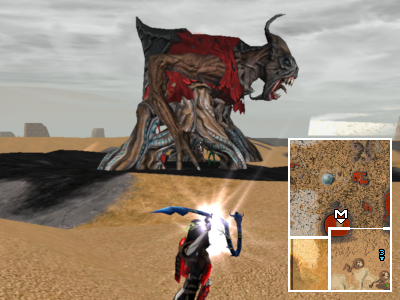 The quickest way there is fixer grid exit 6-R in The Longest Road and then head northeast.

Spawn timer: About 55% chance to spawn every 6 hours. 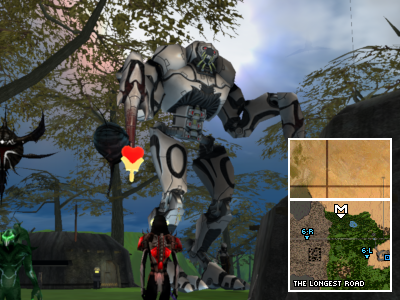 The quickest way there is fixer grid exit 7-M in Southern Artery Valley.

Spawn timer: About 55% chance to spawn every 6 hours. 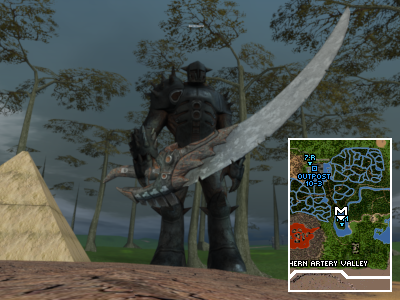 After each a boss dies, a crate spawns. If you stand close to it, you will receive a random reward. The crate rewards include QL 1 Serpentine Armour and Armour of the Eight, as well as specific items from the boss' loot table. For example the crate that spawns after Zaal the Immortal may give a Skull of Anguish, and the crate that spawns after T.A.M. may spawn a HUD Update: Super Target Scope 7. 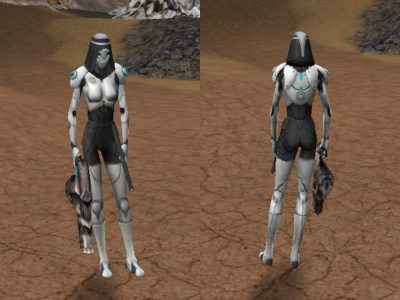 Armour of the Eight