Feedback: Feedback-Thread
This quest chain *was* aimed at new Clan players, but when Arete Landing was created, the need for this quest line became somewhat redundant. It is however still possible to run these quests if you want to. While it may be a long way to run, if you like to explore this may still be a fun sided quest for you that gives some decent XP for this low of a level. It guides you through West Athens, Old Athens, Tir, Newland City and Tir County and giving tips on playing the game, linking to other lowbie quests and giving some basic tools as rewards.

Graham, apart of telling terrible jokes, has very little to say other than to beg you for creds. Give them at your own risk. If you do give him money, he may just feel generous enough to offer you a joke. Then if you like his crummy sense of humor, he may have a mission for you in the Condemned Subway located in ICC. It may involve a bit of running depending on your Computer Literacy. 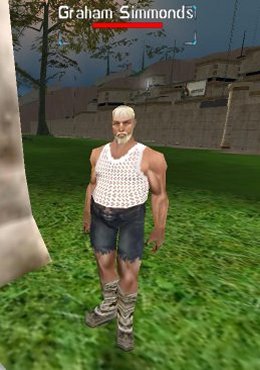 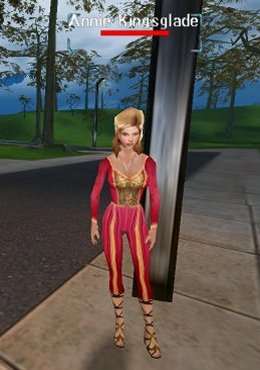 Annie Kingsglade, on the other hand, asks you to return a Basic Bio-Comminutor to
Robert Ryan
Athen West - 450x390
, located just outside the
Basic Shop
Athen West - 390x340
in West Athens. 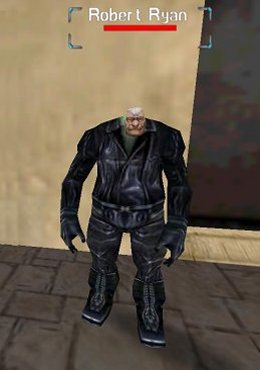 Note: While running around doing the varied quests, you'll encounter low level Omni mobs that will attack you if you are in their level range, which is most likely. Keep in mind that you will need to collect 10 grunt dog tags from these mobs for the Tir Rings mission, so you might as well grab them now and save some time.

He unfortunately doesn't want it anymore, so you can either keep it or return back to Annie (doesn't trigger any more quests). He advises you not to bother with the local Condemned Subway but if you are looking for a job, he has a chip that needs delivered to
Calista Zazzera
Athen Old - 436.3x302.5
located near the Whompas in Old Athens with a brief lesson how to pull up and read your mini map. 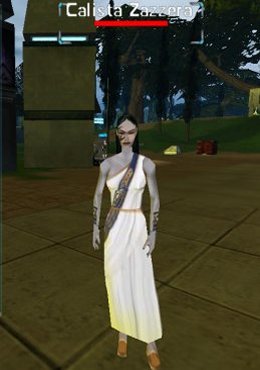 Calista Zazzera in turn hand you a Sanitation Study that needs to be delivered to CoT. If you tell her you don't know what CoT is, she gladly explains:

The CoT, or Council of Truth, is the Clan Council of Rubi-Ka. It's a democratic council for the clans. Not a government, but a venue for poliical discussions. Who knows, maybe you'll end up there some day? They have office in Tir, big building, can't really miss it.

The Sanitation Study should be delivered to the CoT clerical staffmember
Iratius Kaiser
Tir - 615x345
in Tir. 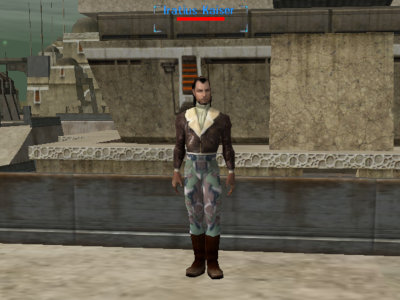 Iratius, apart from giving out CRU Missions, will reward you with a 2x NCU Belt as a reward. Iratius Kaiser sends you to
Ghengis Pan
Tir - 420x450
in Tir, with Food Preperation License. 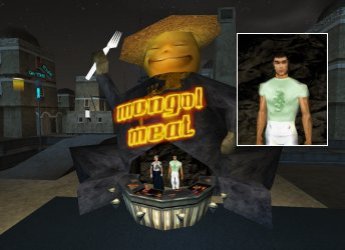 Ghengis Pan, in turn, sends you to
Sam Chin
Tir County - 2720x620
in Tir County, with a Supply Crate. You will receive a Nano Crystal (Computer Literacy Proficiency) as a reward.

Note: The mission has a 7 min timer, so there's not much time to waste. 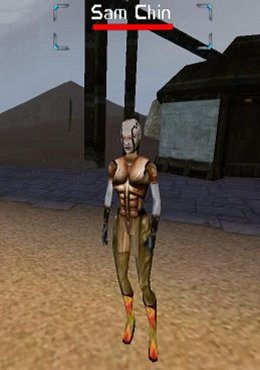 It's funny, but Sam Chin also needs some Frozen Leet Yummies to be taken across half a zone to
Inventor Bobic
Tir County - 1910x1400
who is also in Tir County. 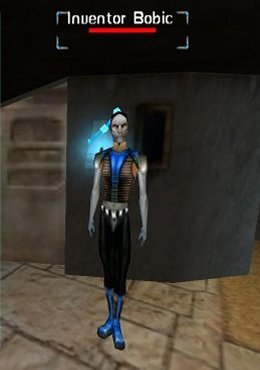 Inventor Bobic gives out two separate quests. One is to deliver a Substance Analysis RNDY5554651 to
High Commander Brock
Tir County - 2860x740
in Tir County. The other quest... well... Inventor Bobic is nuts, there isn't any nice way of putting it. But should you battle trough his ramblings and abuse, you'll learn that he's missing some parts and that there might be some reward for you should you provide them. The 3 items he wants are Flexible Alloy Legs, a Visual T.R.A.C. Scanner and a Brain Module X349.

Flexible Alloy Legs drop off Mutilated Shade Y-42, they are scattered all over Tir County. 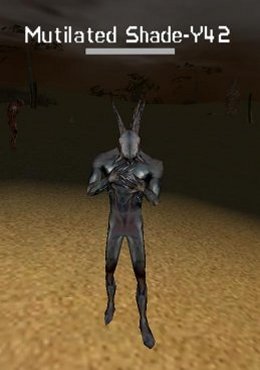 Brain Module X349 drops of Mutilated Claw-C22, there is small camp of them east of Bobic's location. 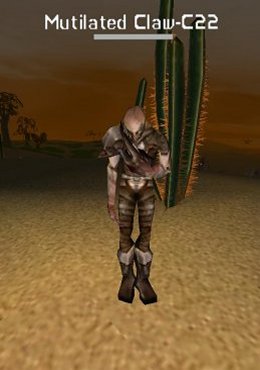 Visual T.R.A.C. Scanner is hardest to find, it drops of Mutilated Eye-Q93. They can be found scattered about in the Southwestern region of Tir County, south of the crater farm and also near the boundary of the zone. 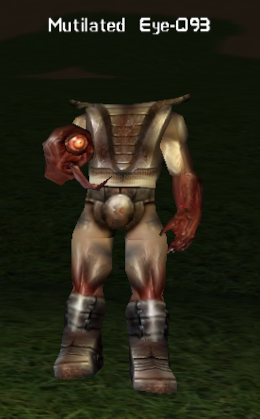 For your troubles, Bobic rewards you with a Notum Hood of Bobic, 1000 xp and 4000 credits. The hood buffs intelligence, so it's a good item to keep. 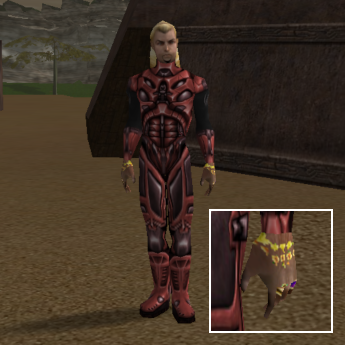 High Commander Brock has 3 separate quests. One for Tir Rings, one locating
Nodda Gregg
Tir County - 1935x1500
who is in Tir County, and one to make a delivery of a Requisition Order to the
Good Time Party Mixer
Newland City - 465x340
in Newland City. 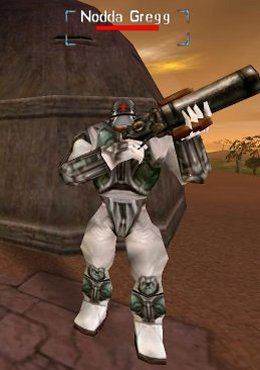 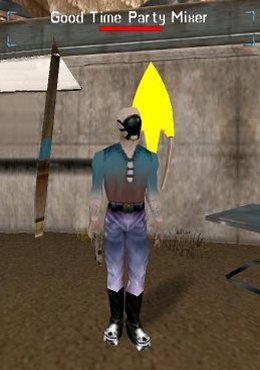 Once you arrive to Nodda Gregg, target him and use the Personnel Locator on him (left click to pick it up, then right click it on him). You should return the Personnel Locator to Brock now, to be rewarded with one piece of armor. While at Nodda, you can help him with his hunger for some Bronto Meat food.

But there's problem, only one who can help him is
Berta the Bronto Flipper
Tir - 450x370
in Tir, and she's out of stock.

So firstly you need to get Bronto Prime Ribs from Minibrontos and Bronto Meat from Young Brontos.

You can find Minibrontos in the Southwestern region of Tir County and Young Brontos in the middle forested part of Greater Tir County. Other (more dangerous) locations to hunt for them are Herders Hole in Aegean or an Oasis in Newland Desert (SW from Whom-Pah). Once you have them head back to Berta. She can now make a Bronto Stew and a Bronto Rib Burger for Nodda Gregg.

He will reward you with a pair of Loose-Fitting Hydraulic Gloves and Solid Steel Hydraulic Legwear which are quite nice for low levels.

The Good Time Party Mixer on the other hand already expects a Requisition Order from High Commander Brock, and he will give you a Thermos as a reward. At this point you can do armor quests or return Thermos to Annie and be awarded A Leet Doll.