Feedback: Feedback-Thread
The quest basically requires you to get your hands on 9 specific complete pocket boss patterns from the depths of inferno that are between QL 220 and 255. The collecting of the pattern pieces can be very difficult at times, and the spawning is even harder.

However, with the release of Patch 18.6 there are now 2 ways you can get the pattern pieces. With the patch came a new type of Inferno Mission designed as a single instance, pulled from the companion Yutto of Ergo, The Retainer Of Ergo. 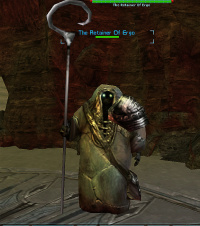 The Retainer Of Ergo

These mission require a minimum level of 170 to enter the instance but one of the advantages to them are the bosses drop garden key pocket boss parts, A,B,C, D.
The mission entrance itself is located just before Ergo in Inferno and can be accessed through a cave entrance. Click the map below to see the cave entrance highlighted by the yellow square 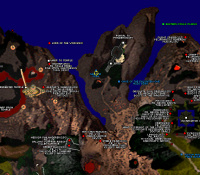 If you decide to gather the pieces the old fashion way, you will need to do a lot of camping. Once you've gathered the pocket bosses you will need some dedicated friends to get this key. If you're attempting this quest at level 200-210, make sure to bring a few people. A good doctor and tank, plus some additional damage dealers will make things easier.


There are 2 places that you can start this quest. The first one is in the Penumbra redeemed temple, from Sipius Gal Wei-Zean. The other is in the inferno redeemed temple. The penumbra temple is by far the easiest to get to, but if you like to explore, I recommend that you get it from the inferno temple, as it is an interesting place, that you will never go to otherwise.
Gal Wei-Zean can be found in the room to the south at the top of the spiral staircase. 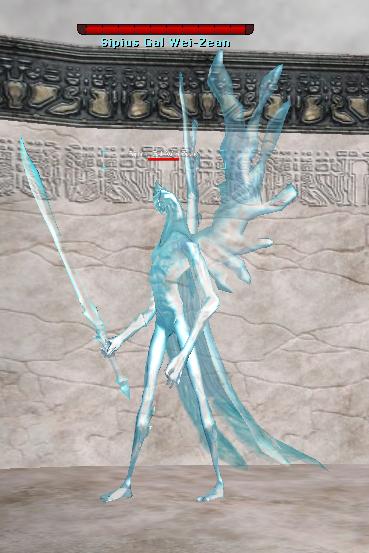 The quest will have you travelling all over inferno, collecting a set of 9 pocket bosses, that you will then have to spawn and kill. The collecting itself can be very difficult at times, and the spawning is even harder. You will need alot of camping and some dedicated friends to get this key. If you're attempting this quest at level 200-210, make sure to bring a few people. A good doc/tank, plus some additional DD will make things easier. It should be noted though that many 220s professions can solo most of these mobs. However, you will probably want your key before 220.

Here are the 9 pocket bosses that you will have to farm, as well as the mobs that drop them. Each spawn point will have a few dynas, as well as some adds around them. The dynas always have 100% chance of a pattern drop. However, while
not 100%, the mobs around them also have a chance to drop the patterns, so it is a good idea to kill adds while you wait for the bosses to pop.

These dynas are relativelly easy to kill, however, the area is full of adds which could complicate things a bit. You should try to get rid of some adds before going for the bosses. 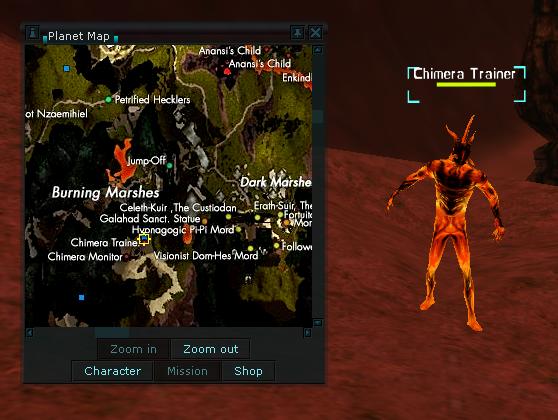 These bosses are dragon mobs, therefore a bit more difficult. There are however less adds than some other places, so at least you won't have to deal with those. The 2 bosses are not that close to one another, so you'll have to travel between them, killing adds along the way. 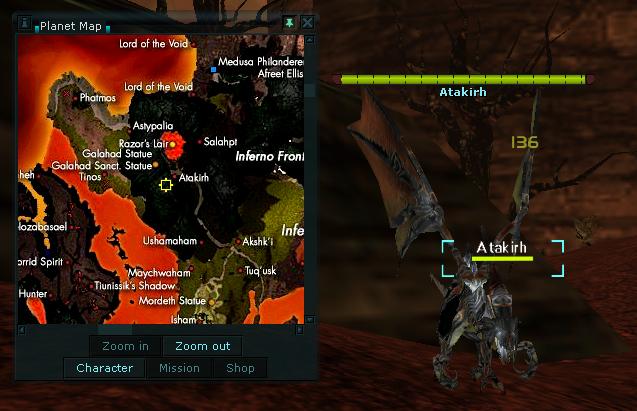 The easiest way to get this pocket boss is only killing Pyiininnik's Shadow. If you have a powerful team, then by all means go for pyiininnik, but be warned, he's not easy to kill. Both have a few adds around them, that you'll have to get pull before the boss. For the shadows, try to pull the adds west of the spawn point, as there are no mobs anywhere that spot. This strategy makes it easier to kill in peace. 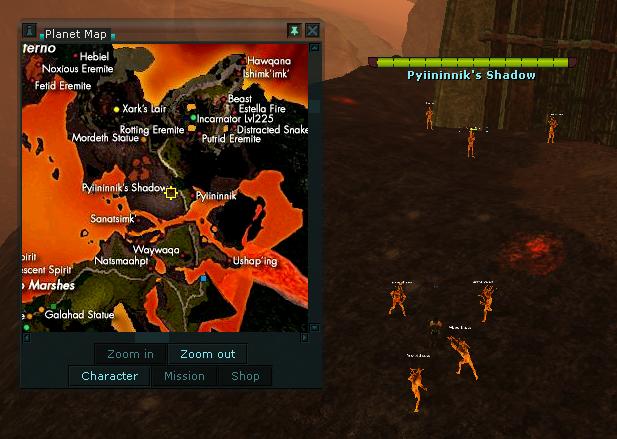 
As with Pyiininnik, if your team is not particularly strong, stick with killing the shadow. In this case however, there
is only 1 add, and he's a walker, so you can avoid killing him altogether. Just wait until he's far, then pull Aniitap's Shadow
towards the temple building. Rinse and repeat. This is one of the easiest to kill and to solo. 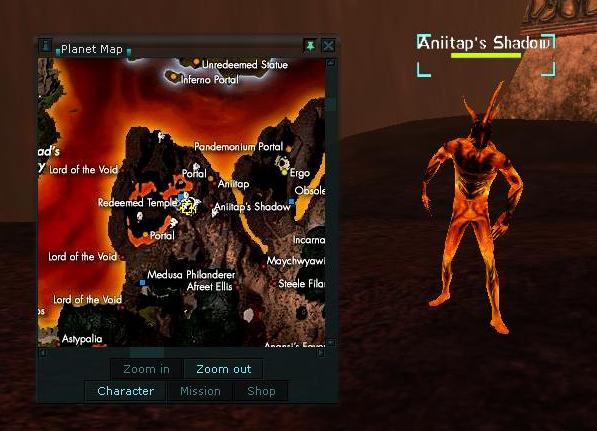 The bosses for this one are a tad harder than the shadow from the previous 2.
You'll need a better team, and preferably a calmer. The good thing about this one, is that there are 4 bosses,
so with a good team, you'll have the full pattern in no time. 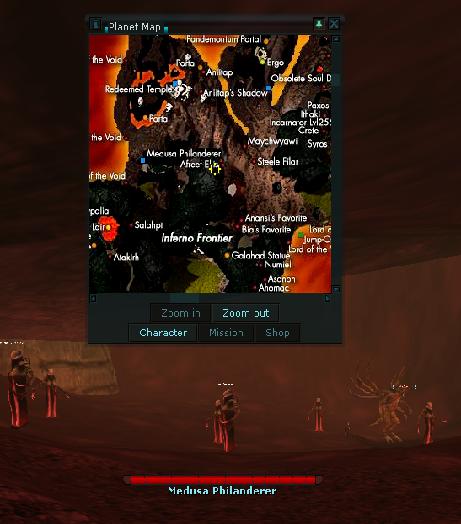 These bosses are relativelly easy to kill, however there are quite a few adds in this area. The adds are also not too hard however,
but a calmer might be useful anyways. 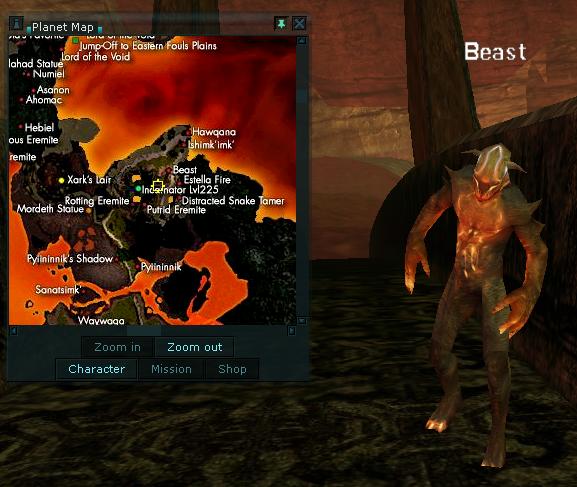 
This is an interesting one to collect. While it would be a rather difficult one to collect under normal circumstances, it is fortunate that many teams choose to level at this spot. Therefore, these bosses are way over-killed, which makes the
pazuzu patterns quite common. Rather than comming here with the specific purpose of collecting these, I'd come here to level and just collect the patterns while doing that. You'll need a good tank/doc and a good calmer for this one, as these hecks are difficult. Keep in mind also that since this patterns is overfarmed, they are really cheap on the GMS, so that might be another option. 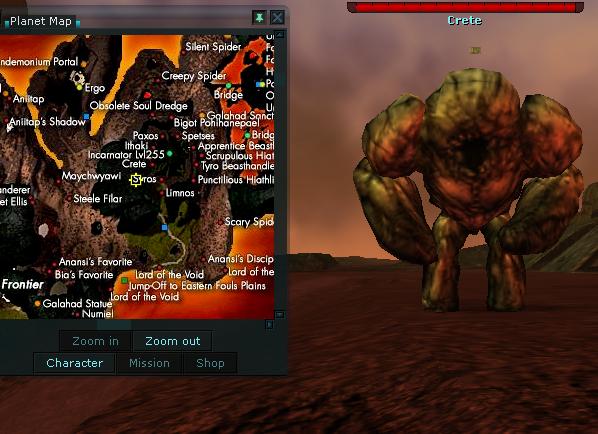 This is by far the hardest pocket boss to collect. To kill these bosses, you'll need a very good doc/tank, preferebly 210+. The bosses were even boosted with the 16.3 patch, so it makes this part of the quest even harder than before. The adds around the bosses are also very hard, way harder than all the other adds found throughout this quest. Therefore, a calmer will simplify things for this part of the collecting. 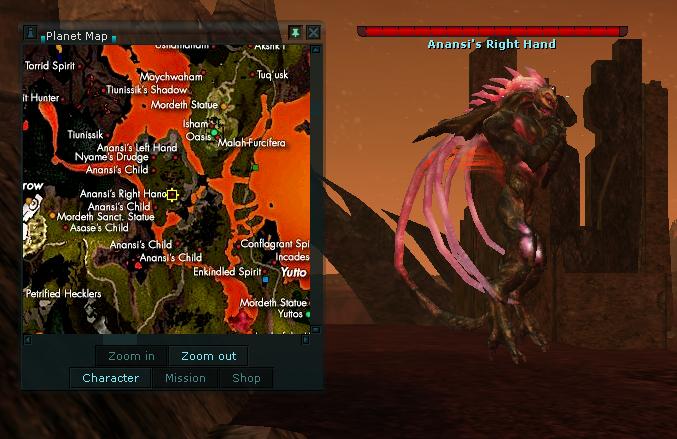 If you stick with the 215 bosses, you'll have an easy time with this one. The bosses themselves are quite tame, and
the adds, especially the spirit mobs, are the easiest adds in this quest. The frustrating thing about this part though is
that the dynas (and mobs) drop 2 pbs, the Aliel, and also Captured Spirit. So you will probably have some extra camping with this one in order not only to get the right pb part, but to get the right pb. 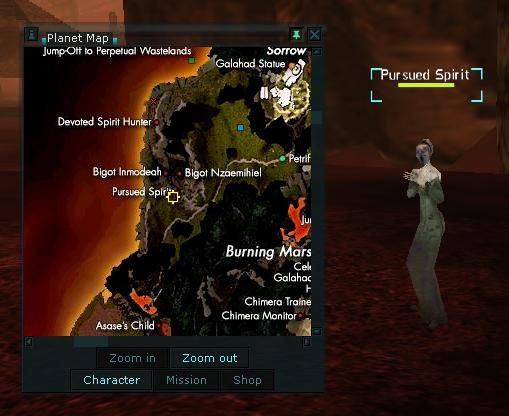 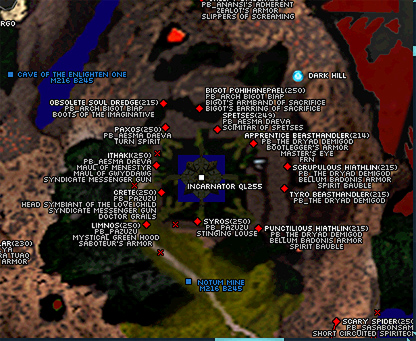 
This incarnator is where you collected the pazuzu parts. The order that you spawn them is really important. The order above is correct, but to make 100% certain, make sure that you check your mission log. It will tell you which one you need to kill. Make sure that those that will get the key (the kill team) are all on the same team. In order for this team to get the mission updates, they will need to be the ones who get the loot, they should be the only ones attacking the boss, at least at first. Although it is no longer the case that the person spawning the bosses will have his hp reduced to 1, it may still be unwise to take the risk with a person from the kill team.

If those that need the key are on the low side (level wise), it would be advisable to get some high level help. You will need a good tank, doc, mp, and some DD All of these are crucial to the success of the quest.

The bosses themselves get progressivelly harder as you advance. The first ones are relativelly tame, and you shouldn't have too many problems. As you advance however, they get extremelly hard. The last few have some really nasty nukes, that could wipe out the more squishy professions. Keep this in mind while killing. If you suspect that a few might die from the nukes (especially those in kill team), have them stand back while the mp lands NSD. This way, you'll be garanteed that they don't die, therefore ruining their chance of updating the mission.

Once Arch Bigot Aliel is killed, the The Key to the Garden of Lord Galahad and a Box of Nanocrystals will spawn in your inventory. Congratulations! If you feel up to it, you can now go for the sanctuary key, described in this guide: Galahad Sanctuary Key.

The Key to the Garden of Lord Galahad

Last updated on 08.19.2020 by Saavick
Written by Tepamina
Do you have questions about this article or found an error? 15 comment(s) - Click here to view them!