Feedback: Feedback-Thread
Love it or hate it, PvP on Rubi Ka is certainly quite dominant in a lot of players game time. The interaction between players, instead of just players against the monsters in the game can often lead to some exciting game play experiences. Hopefully this guide will give you some ideas on how you can get started or where you can find PvP on Rubi Ka.


⇑
Who can I fight?
With the story being as it is in AO, there are 3 sides. So, an obvious choice would be anyone not on your own side! Game mechanics do control who your target can be, these cover areas such as level range and areas you can attack in.


⇑
PvP Level Range
As a rough guide, you can't attack anyone that is below 0.8 x your level, or above your level / 0.8. This would give the following (as a really general guide)

What you may see a lot when you get involved in PvP on Rubi Ka, is that people will build characters to certain levels to avoid a higher max level range of potential attackees. This is particularly so with the introduction of the battlestations.

When you PvP, you can gain titles. These are shown here : guide.


⇑
Where and How can I PvP?
There are areas where suppression gas is lowered, there are some special places particularly for PvP, there is also a mechanism where you can allow just you and someone else to pvp in an area.


⇑
Suppression Gas
Suppression gas basically determins the level of PvP that could potentially happen in an area. There are 4 different levels, and generally when you enter a zone, you will see the level of the gas. You can also check this level by pressing F9. The levels are shown below:

⇑
Where can I find places with the right suppression gas?
It is more a case of where can't you!! There are a lot of places you can pvp. Lets take a look...


⇑
Notum Fields
With the Notum Wars Expansion pack came Notum Fields and Land Control opportunities. Organisations can take posession of these fields and then defend them from attacks from other players. PvP can take place on the fields whenever the field is at 25% or 5%.


⇑
The Arena
Tir and Omni1 Entertainment both have Arenas within the city. The Arena provides an area of 0% suppression gas that gives you the opportunity to fight other players. 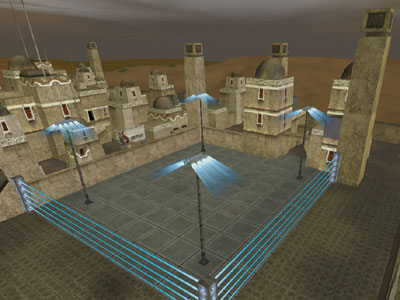 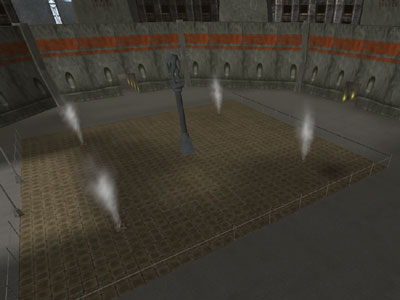 ⇑
Battlestation
In the BattleStation, players use PvP to acquire more points than the opposing faction. A faction receives points by capturing control points. You can read more about the Battlestation in our guide.

When a duel is accepted, a countdown of 5 seconds will start until the duel commences. Players dueling must stay within 60m of the duel beacon that appears (meaning the duel area has a 120m diameter in total). You can auto-refuse duels with an option in the F10 menu.

If you leave the area of the duel you will get a warning and have 5 seconds to return to the duel or it will be counted as losing. - When dueling you will not be affected by outside buffs or heals. NOTE: Mobs can still damage you so remember to duel in a safe location!

You can end a duel by typing /duel stop. NOTE: This counts as losing the duel. Zoning or otherwise 'evacing' also counts as a loss when dueling.

You can also end a duel by typing /duel draw. NOTE: This will send a request to your opponent for the duel to end in a draw. Neither of the opponents will suffer a lost.

Your wins and losses are shown in your character information (target yourself and press T) you can also see your score on your stats panel. If you cannot see the bars, press the "i" in the top left corner and select them. 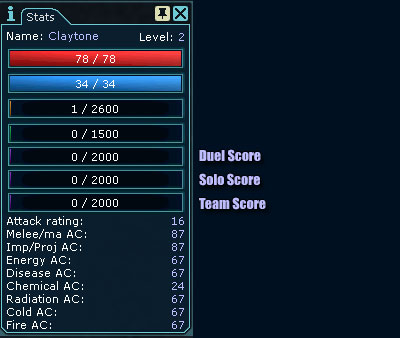 ⇑
Notum Silos
If you have access to the Alien Invasion Expansion pack, and you are in an organisation with a city that has one of these buildings in it, then you can use this building to PvP against other members of your organisation. 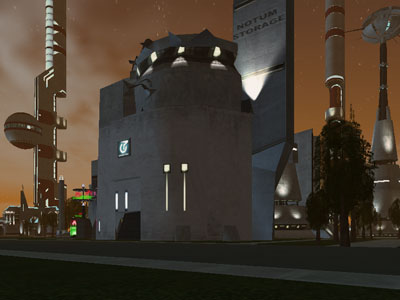 Outside of an Omni Notum Silo 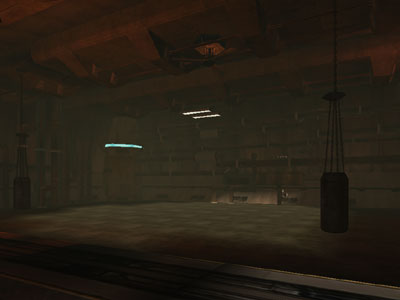 Inside a Notum Silo

⇑
Other PvP Locations
Will to Fight
Will to Fight is located in the NE corner of Stret West Bank, the entire building is 25% gas. There will be more information coming soon to AOU on this location in its own guide. 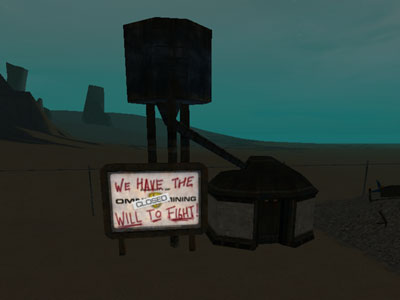 Camelot Castle
Located in Avalon, Camelot Castle has a 25% gas area in its dungeon. You can read more about the encounter in our guide here. 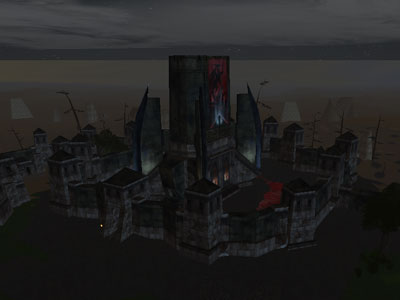 Omni HQ
Omni HQ is the city housing many of the Omni departments headquarters. The suppression gas in this area is 25%. 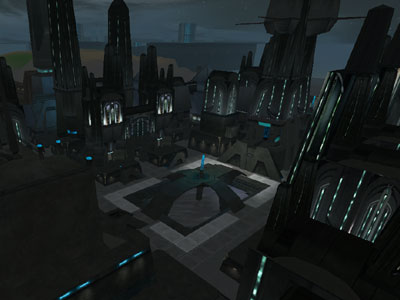 The center of Omni-1 Headquarters

2HO
The Omni-Tek Outpost at 2HO is 25% suppression gas. 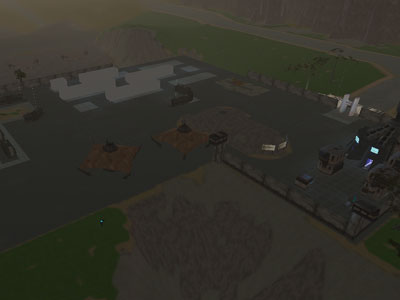 4 Holes
Within the 4 Holes playfield, the 25% gas areas appear to be in the "4holes", that being Ahenus, Argentum, Aurum and Chalceus. 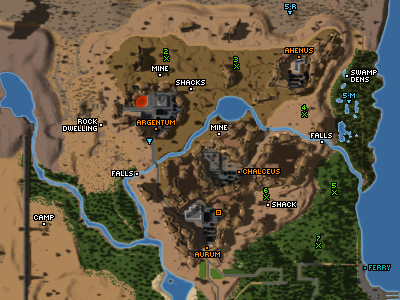 Broken Shores
Broken Shores is a part-25% part-75% zone, the 25% part appears to be mainly just from the north of the City of Home, upwards past the cabins and towards the outpost. 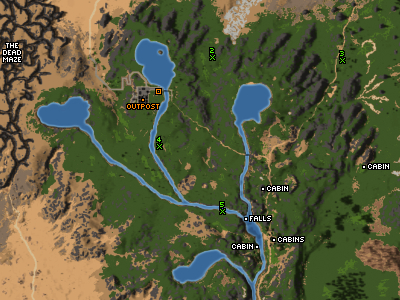 Southern Fouls Hills
SFH has actually got a small 25% gas bubble around Smuggler's Den -- we have no idea why, unless it is to help people gank near-escapees from the den who trained their way out!! 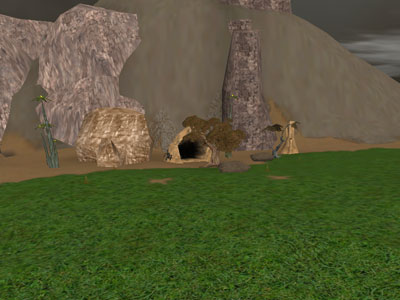 Last updated on 05.24.2020 by bitnykk
Written by Ukblizzard and Uragon
Additional information from the 17.8 patch notes
Map images from Atlas of Rubi ka
Do you have questions about this article or found an error? 3 comment(s) - Click here to view them!