Feedback: Feedback-Thread
Thinking of starting to play Anarchy Online and have no idea about how you would even start creating your character... or maybe you have started playing but want more information about the character creation process.

This overview has been written to encompass basic information for both of these possibilities.

To make a new character you need to make sure that when you start up Anarchy Online that you have selected the correct server on which you wish to start from.

Initially when you enter the game for the first time, you will need to select your breed. There are 4 breeds to choose from. The difference between breeds is defined with the amount of hit points and nano pool they have as well as the cost of improvement points needed for each ability increase. 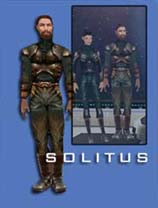 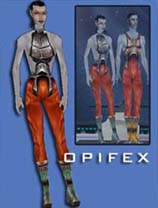 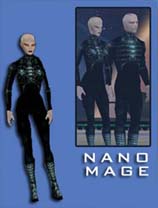 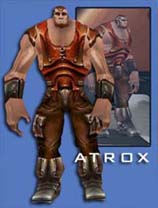 ⇑
Solitus:
The solitus male and female are a good all round breed. They are the closest in looks to the good old humans of old Earth. They gain an average amount of health and nano per point in body development and nanopool. The breed has a high viability for all professions although tends to be a prefered breed among Adventurers, Doctors and Soldiers.


⇑
Opifex:
The Opifex male and female well known for their pale grey skins, their high agility and sense while at the same time being a little weaker .. or urm.. squishier than the Solitus are also very good all round characters and maybe have the easiest time of equipping a large proportion of equipment and symbiants. Their health and nano pool are comparable to solitus although they gain a little less per level but they gain the same amount from nano pool and body development. This breed is preferred among Agents, Fixers and Martial Artists.


⇑
Nanomage:
The Nanomage male and female's are highly intellegent beings. From their appearance you can see their intended focus was to be that of a casting profession and not a front line fighter. This inner skill unfortunately led them to have fairly weak outers and this is mirrored in their lack of strength and agility. The nanomages gain the most nano from their nano pool but at the same time gain the least health from their body development. It is roughly 50% less from body development and 33% more from nano pool. This breed is preferred among Metaphysicists, Nanotechnicians and Doctors.


⇑
Atrox:
The nongender specific Atrox are well known for their large framed bodies, their lack of intellegence and their brute nature. This breed is big on hit points, strength and stamina while at the same time being quite weak in sense, psychic and intellegence as well as lacking in nano pool. Professions which prefer this breed are Enforcers and Soldiers.

You will find as you get further into what Anarchy Online can offer you that for instance with the Alien Invasion expansion pack, breed genome perk lines vary. In addition, different breeds have different items they have the ability to wear. This can heavily effect how much you can add to your base statistics. The item database is a good resource to reference at this stage. AOItems is dedicated to the item database.


Following the breed selection is an appearance selection. Here you can alter your head, height and build. Apart from the agent that can modify his head, a future change to your appearance can only be carried out with the Alien invasion expansion.. and even then, this can be a costly exercise - so make sure you are happy with the way you look!

Once you are happy with the appearance of your character you can move onto profession selection.

The Metaphysicist is the undisputed master of nano skills, which he can use in various ways. His combat skills come to a great degree from his versatile pets, which can attack, heal or confuse. If he gets cornered by another nano user, he is able to shut down his opponent's nano skills, debuff and nuke him into oblivion.

If there is one all-rounder profession, it definitely is the Adventurer. Your weapon specialization will either be dualwielded edged weapons, or pistols. Besides damaging your foe with those, you will be able to provide heals second only to professional doctors. As a small bonus, you even get the ability to charm leets! Can it get any better than this? Yes, it can! You furthermore posess the ability to turn you and your peers into various furry or scaly animals, which not only provides entertainment, but also adds valuable skill bonuses.
The All-Encompassing Adventurer Guide
Adventurer Guide o Doom

The Engineer's combat prowess comes from his ability to control the most formidable robotic pets, while at the same time dealing damage to their unfortunate target with either Pistols, Grenades or some other weapon of their choice. Besides this, they can also try to make a living by assembling technological gadgets for those not fortunate enough to be able to dedicate themselves to tradeskills.
Engineer Guide MK III

The Soldier is the general master of ranged weapons. Normally specializing in the assault rifle, this profession is able to make many combinations of guns a viable way to kill their opponents. Soldiers are very welcome team members, providing buffs not only for weapon skills, but also reflects, initiatives and various other buffs.
Tepamina's Soldier Guide

The Shade is one of two professions which require you to be the owner of the Shadowlands expansion for the game. They are front line melee fighters, specializing in piercing weapons and dealing a major part of their damage with their perk attacks. They are excluded from wearing quite a lot of equipment, but make up for it by having a very extensive set of profession specific items. For example, their inability to use regular implants and symbiants as each other profession does, gets compensated to some degree by their ability to equip spirits, which they can hunt for in the shadowlands. Other items they may not use are most helmets and no token boards. They are marvellous damage dealers and soloers, but need to be quite high level to develop those abilities properly.
Comprehensive Shade Guide

The Keeper is the other profession which comes as a bonus of the Shadowlands expansion. If you choose to take this career choice, you will be wielding mighty two-handed swords, and be wearing shiny armour. Your roles will be as a support damage dealer, while your nano-based auras help both you and your team. In the higher levels, they also make formidable single-target tanks.

Fixers are the undisputed masters of submachineguns, which they use to take out an enemy, while at the same time being so agile that this said enemy is unable to even come close to scratching their sunglasses. Other major attributes are speed, their ability to root and snare opponents, and their healing over time, allowing a skilled fixer to outmaneuver much tougher opponents than themselves.

Agents are a very multi-skilled profession. Their main weapon skill is the rifle, which they can use to deliver deadly aimed shots which in some cases even instantly kill their prey. Their concealment allows them to hide from danger, and to deliver a well prepared initial strike at their own timing. As a nano user, they are most definitely the most versatile, since they have the ability to modify their NCU so that they can use large parts of other profession's toolkits. One time providing much needed Soldier buffs, they can for example later on switch into "Doctor mode" to help with healing their team.

Traders are a multi-skilled profession. They are both a giving profession, as well as a taking one. Their many nano programs enhance their team, and debuff their enemies at virtually the same time. Their usual means to taking something out is to shoot it with big shotguns, and to calm any company their target might have brought with itself. Traders make very good tradeskillers, being second only to Engineers.

As a Doctor, you will normally be living up to your name, and provide the much needed heals for Rubi-Ka's everyday hazards. While the tank does its job and gets hit, the doctors are the ones that make sure that the tank doesn't get too many dents or bullet holes. If they ever need to kill things, Doctors are able to reduce the attacking speed of their opponents considerably, and use their poison-injecting nanos to slowly remove the life of their prey.

The Enforcer is the proverbial meatshield, wielding any melee weapon of his choice, either bashing, piercing or slicing his and his team's opponents, while also taunting them so that the healers which are with him can rest assured that they only have him to worry about. His defenses are somewhat limited, with damage absorbing layers and their massive health being their means to outlast their opposition. Being decent soloers during their entire career, their role in higher levels as the tank of a raidforce is what really makes them shine.
Enforcer Guide

As a Bureaucrat, your everyday life not only encompasses various forms, red tape and regulations, but also the ability to make the local wildlife your pets, as well as a robotic assistant. Furthermore, your extensive nano toolset includes calming, rooting and debuffing your opponents, while making your own team more efficient in combat at the same time. In addition, you will ensure that your team gains optimum experience while being teamed with you.
Bureaucrat Guide - Version 1.2

Martial Artists tend to look down on modern day's very common use of physical weapons. They instead tend to hit their prey with their bare fists, feet and various other special moves. They survive by evading their opponents, while having some rudimentary healing capabilities. Overall, their capability to deal damage should not be underestimated, as they very often rank in the damage hierarchy slightly below the Shade.

As a Nanotechnician, you will be using nanobots to render opponents motionless, as well as using them to nuke them into bits. To a team, you provide virtually endless supplies of nano, greatly enhancing other nano profession's abilities to work without breaks every two minutes.


Following this, you get to choose a name for your new character. If the name you have chosen already exists in the database you will be promted to choose another.

After you've created a character you're happy with, you get to start your journey on Rubi-Ka on Arete.


Last updated on 01.20.2020 by Saavick
Written by Uragon and Ukblizzard
Do you have questions about this article or found an error? 2 comment(s) - Click here to view them!