Feedback: Feedback-Thread
The
Cyborg Barracks
Greater Tir County - 3232x2340
are located in eastern Greater Tir County. The easiest way to reach it is to use Windcaller Karrec's portal to the Temple of Three Winds in ICC HQ, and then travelling east. It is partly surrounded by a rocky formation but it is fairly easy to access. 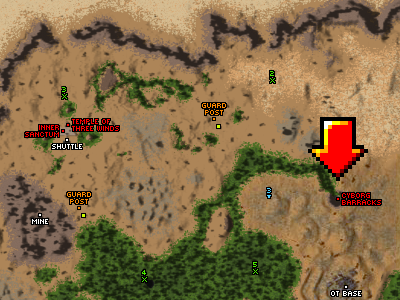 Map of the area. 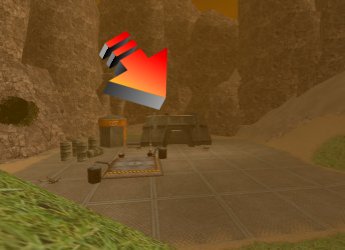 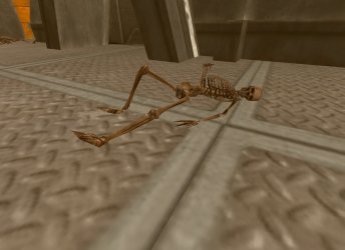 As the name suggests, the place is filled with cyborgs. There are usually several even before you enter it. Those outside have "good" drop rate of Cyborg Implants for Atroxes and Cyborg Death Squad Armor. They may also occassionally drop Miy's armor. Items are in QL 50ish range and I'm using term "good" rather loosely. Cyborgs both inside and outside also drop the Library of Foul Language, an Enforcer aggro tool.

Upon entering dungeon itself and disposing of two mobs there, you move down the ramp with two doors and five or six cyborgs. Picking right over left only matters if you're only interested in mobs in the lower level. So for the purpose of introducing the dungeon, we'll turn left and travel trough every room. Since each room is populated with one to 5 cyborgs, we will only highlight special encounters (bosses and the likes).

All cyborgs will occasionally put their weapon aside to kick or punch you, so be ready for that. Cyborgs use a diverse selection of weapons so be careful of their damage type, and as mentioned above they do have the ability to throw in melee attacks on top of their ranged ones if you let them get close enough. Cyborgs can take down an unpreprared fighter or a poorly organized team very quickly.

In the first room, trough the left door, you can encounter General Severus. I used "can" because in 2 hours spent in there, the General didn't respawn, so I can't report on his or other bosses' spawn timers. Should a mob be missing, I would suggest you visit the place at some other time if you're after specific loot. Severus, like all other bosses, has a large amount of health and hits hard for his level. He drops Severus' Fusion Sprayer and Severus' Void Spinner. 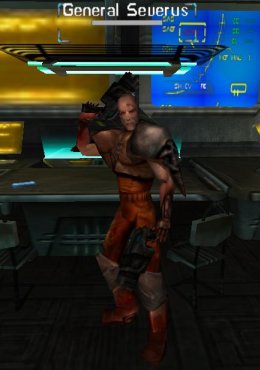 If we continue our clockwise trip, after a short adjoining corridor we come to the second room, which hosts Eradicator Deimos. She drops Bastion of Deimos and Deimos' Bio-Enhanced Feedback Rifle. 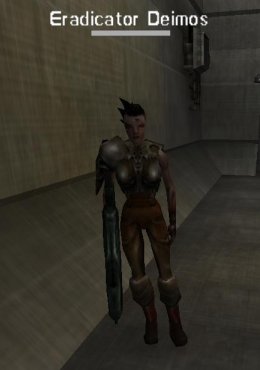 In the next room is located Techleader Praetor, who drops Force-effect Vibro Blade. And we're done with a full circle of the first floor. In the same room there is a door leading to the lower level. 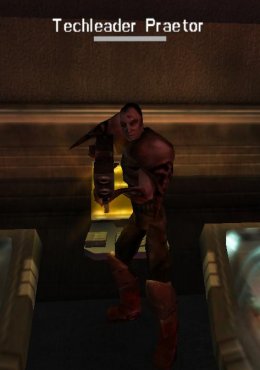 After fighting your way down the ramp, you'll notice a couple of differences. First of them is that the lower level consist of only two rooms. Second is that cyborgs are named a bit different. And third is that there's a neutral NPC standing in a corner of the bottom level. 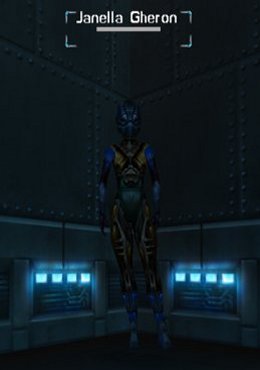 
Her name is Janella Gheron and she gives out a quest for Engineers to kill Jack "Leg-Chopper". She can't be attacked and can't be aggroed. Cyborgs in the room (they are lined around walls, so managing aggro is a bit easier) bear different names and besides regular items also drop SSC Reversive Energy-Packs. Those are used for upgrading another weapon found in the Barracks. Ready for main room? No? No problem, stop reading and return here when ready.

In main room there are 4 mobs, possibly even less if any was killed and didn't respawned yet. Most are usually turned towards the walls, so there is little chance of pulling aggro by accident. The first two are named Augmented Hellfury Cyborgs and drop Hellfury Assault Cannon. A nice weapon for Soldiers without expansions and even nicer if upgraded (no, the upgrade aren't those Energy-Packs, we'll cover that later on. You can read about upgrading gun in this guide). Those two respawn on ca 5 min, so they are hard to miss. 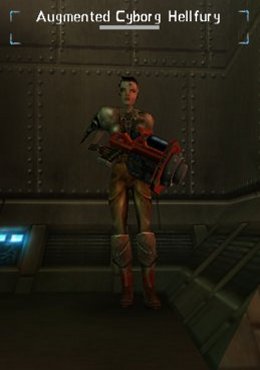 
The next mob you have fairly high chance of encountering is Prototype Inferno. He also takes part in Bazzit's quest. That quest only involves tagging him, but quite a few players kill him upon completing the quest. 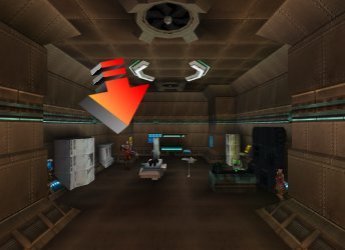 The final room in the Cyborg Barracks. 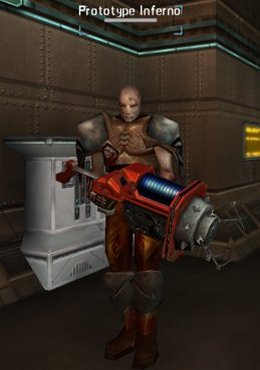 
Considering this is one of the boss mobs in here, he has a fairly fast spawn, only 1 hour. Should you decide to kill it, some warning is in order: he has high radiation reflect shield and 100% energy damage absorb shield. So check what kind of damage your weapon does and if needed change to some other damage type. He drops Hellspinner Shock Cannon (another not-Energy-Packs upgradeable weapon.You can read about upgrading gun in this guide.) and Augmented Cyborg Armor. Beside some NCU, the armor doesn't add anything special and have a gap in Cold AC. Considering the trouble to get it, I would advise against it to all but the most bored players. 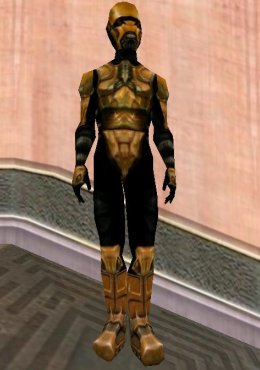 
Which leaves us with the main boss. It's a white droid called Commander Jocasta and it wields a samurai sword. 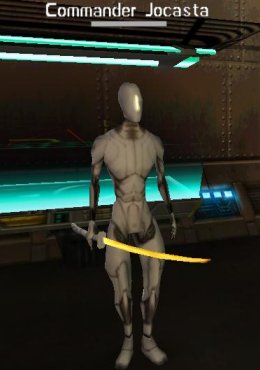 
Besides Augmented Cyborg Armor he also drops the following items:

A final word - regarding the intended level for this dungeon, risk versus reward doesn't pay up. And while Mort Cyborgs are one of the preferred outdoor mobs, those in this dungeon are a bit too packed together to make it a viable leveling spot. But it's great spot to train pulling and aggro management. It's also one of few places you can actually see a cake fight. 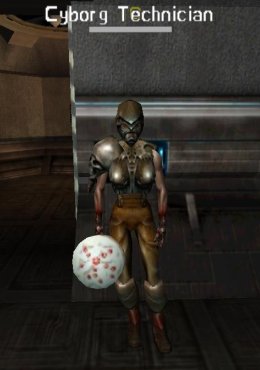 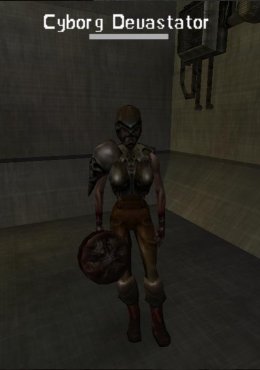 Be sure to check out the Mid Level Encounter: Cyborg Domain guide if the Cyborg Barracks are no challenge for you.
You can of course also find cyborgs in missions, although this is a lot more like rolling the dice hoping they'll be there when you enter the mission. Your best bet is to set your mission slider to 100% chaos on the mission select display, but this could lead to any type of monster other then the cyborgs you want.


Last updated on 04.24.2022 by Saavick
Information originally provided by Trgeorge. Additional information provided by Windguaerd.
Do you have questions about this article or found an error? 2 comment(s) - Click here to view them!