Feedback: Feedback-Thread
This quest gives you the ability to travel between the Redeemed transit statues of Nascense without using insignias. You need at least 3 Insignias of Aban to complete it without hugging reclaim back to the garden. The absolute minimum are 2 Insignias of Aban.
Insignias drop from Unredeemed mobs and creatures as well as from the Barking Chimeras which are all not affiliated with the Redeemed faction.

It is advisable to save in the Aban Garden before you start the quest. The first statue leading to the Garden of Aban is located near the Frontier Bridge, please see the pictures below. 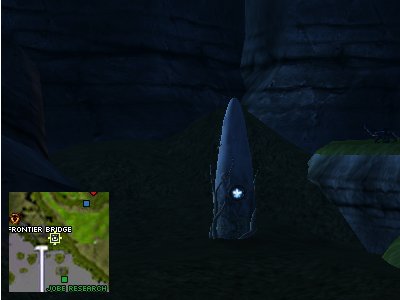 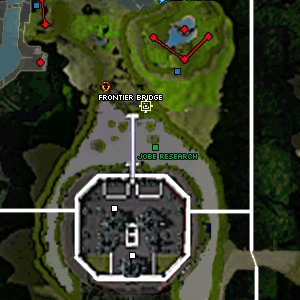 Use the teleporter to 'The Harbour' area of Jobe City and head for the 'Jobe Research' door. After stepping through that door you'll find a gate leading to Nascence - Frontier Bridge in the north-east. Just after stepping off that bridge you'll find the statue to the Garden of Aban to your right. The Barking Chimeras you will find there too... time to hunt for the required Insignias of Aban. Assuming you are still title level 1 the fastest way to get started is by entering the Garden of Aban and save your character there.
In case you are not familiar with the gardens in the shadowlands - especially the Garden of Aban at this point, below are a two pictures. First picture shows the garden in the direction you should be facing right after entering. The second picture shows the save point you need to step upon, it is located under the tree you look at after entering. 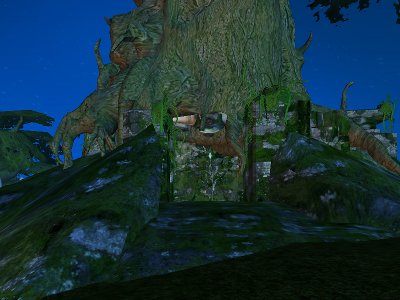 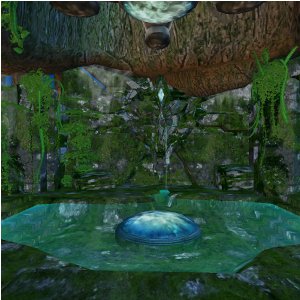 Once you have saved in the Garden of Aban - which is really advised(!) - you need to find the Exit to Frontier Outskirts. I hope the pictures below help you finding this exit. 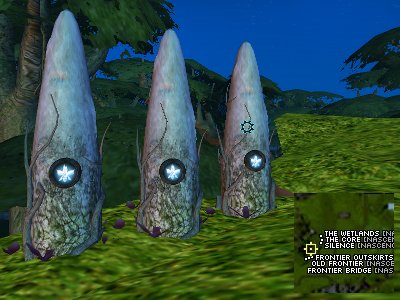 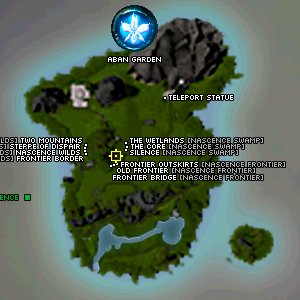 After having left the Garden of Aban by the Exit to Frontier Outskirts head eastward and you should stumble upon Donna Red. 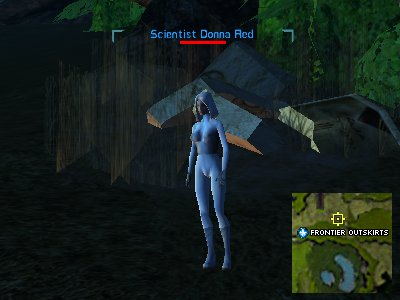 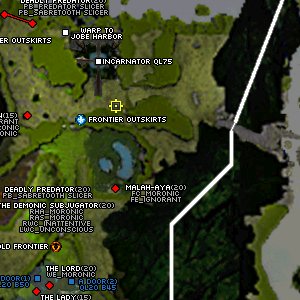 Having a chat with her should reward you with an Ancient Device and a mission. After receiving the mission head back to the Garden of Aban.


1) You agreed to find information about the ancient looking device given to you by Donna Red.
2) You were assigned the task to bring back something indicating the Divine presence of Aban in Nascence. Bring an Insignia of Aban to Ecclesiast Aban Fala. 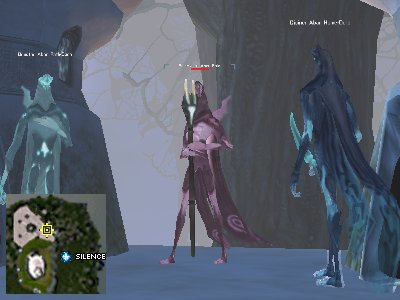 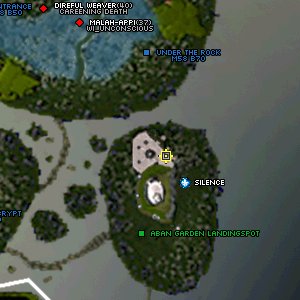 After having received the two missions close the conversation and start talking with him again. Show an Insignia of Aban to Ecclesiast Aban Fala. Now head back to the garden... whichever way you prefer.

The following milestone in this quest is located in the Garden of Aban. Find Sipius Aban Lux-Wel near the teleporter statue (you might want to remember this teleporter statue for later traveling, see Guide on Traveling through the Shadowlands ) 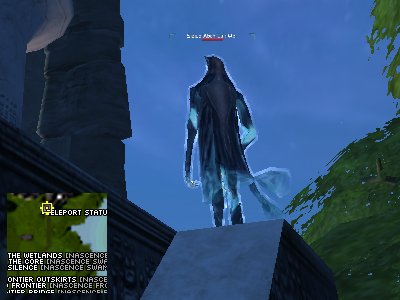 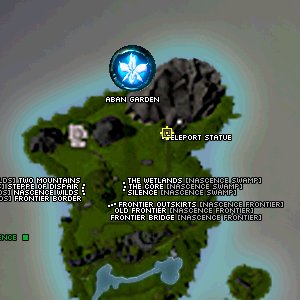 Fastest way to your mission destination is either leaving the Garden of Aban by Exit to Frontier Bridge or Exit to Old Frontier. You have to find three Dreaming Silvertails - like shown on the picture below. There are 6 or 7 located little north of Frontier Bridge, the blue x-marks show the approximate locations you can find them. 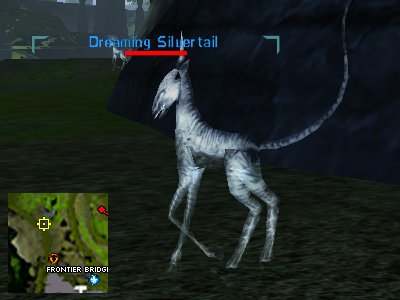 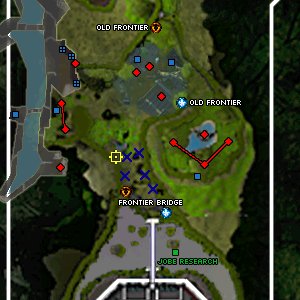 For completing your task you have to save the soul of the three (individual) Dreaming Silvertails, keep the conversation window open untill you have received back your Ancient Pattern Analyzer. Upon successful soul saving the Dreaming Silvertail will metamorph to a Blessed Silvertail and you can not repeat with the same. However it would be a nice deed to exterminate the metamorphed Silvertail for the next person going through the trial of the Key to the Garden of Aban.

After having saved the souls of three Dreaming Silvertail go back to the Redeemed Garden and talk with Sipius Aban Lux-Wel, show the Ancient Device again and he'll give you the key as a reward for your effort.

The Key to the Garden of Aban

Congratulations on your first and possibly most useful key to a garden. Please have a look at Traveling through the Shadowlands for the reason I consider it the most useful key.


Last updated on 10.28.2021 by bitnykk
Information originally provided by Silq at the Official AO Forums.
Additional information provided by Windguaerd.
Updated with information from j1s by Ukblizzard.
Confirmed, updated and rewriting by Niodemus.

Map images taken from Atlas of Shadowlands v.0.5 Beta, soon linked at Map Downloads
Do you have questions about this article or found an error? 9 comment(s) - Click here to view them!