Yesterday the Council of Truth had an emergency meeting that brought three notable figures from legacy clans into the Tower of Truth. Aideen Landau, Leader of The Unionists Clan (who recently liberated 4 Holes from Omni-Tek control), Sister Elsabeth, Leader of Gaia Clan and Xeavier Humbold, Leader of New Dawn. 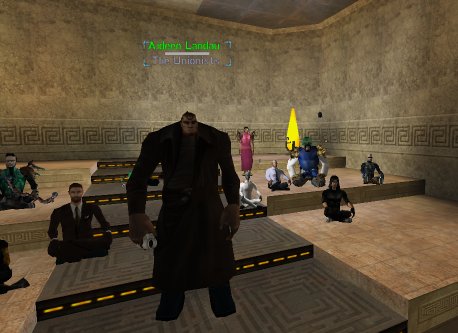 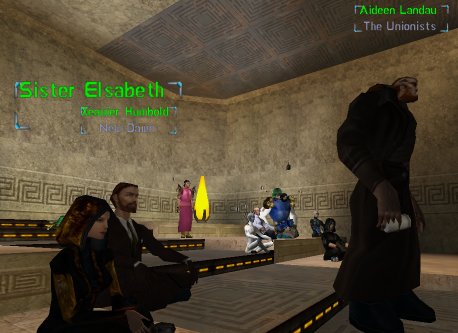 The main focus of the meeting was the CoT stance towards the situation in Borealis after the Omni-Tek occupation. There were a few guests which were not members of the council, among them Commander Windguaerd, Leader of MD - Special Ops who was there at the request of Lady Xaun Miyamoto, Leader of Aethyr Knights Clan to provide a stategic report about Borealis.

Strong emotions ran in the council chambers, some leaders calling for the liberation of the former neutral town, others like Simon Silverstone saying to leave the neutrals to their own fate. 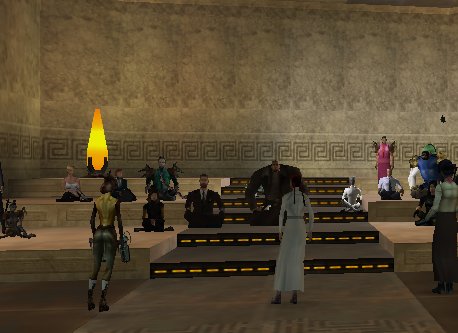 In the end, the council decided by mayority votes to issue a statement of condemnation of Omni-Tek regarding the violation of neutral rights and offer no military support. I wonder if non-CoT clans will abide by this decision, or make a move on Borealis to either help the neutrals or try and take it and convert it into a clan town.

Both Sister Elsabeth and Xeavier Humbold had agreed to an interview, unfortunately I was not available when they had become free to meet me. I will try to get an interview with them in the near future.

I spoke with Minister Jujuwalker from the Newland City Council to get a comment from him, however he declined to speak officially at this time.

With large crowds of neutral protesting every day by the whom-pahs in Borealis and talk of neutral uprising in the streets of the omni occupied town, how long will it be before the situation becomes explosive? 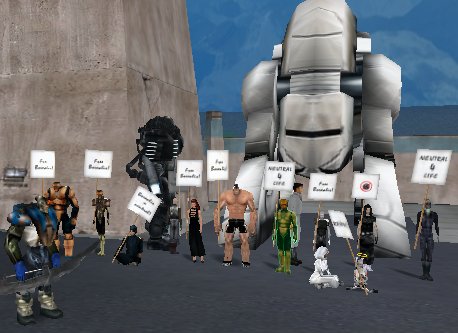 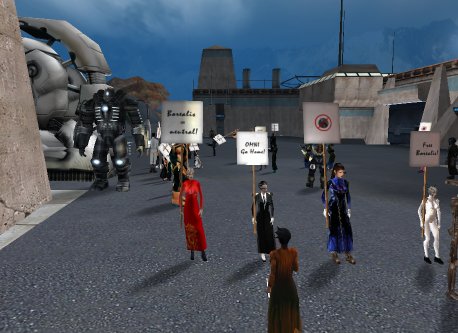 What seemed like an easy target for Omni-Tek and their Unicorn Company may just become the biggest mistake of the 3rd rubikan war.

Will the neutrals survive these times of trouble in Borealis? or will Omni-Tek hold on to their newly acquired territory by any means necessary?

Only time will tell. I can assure you my readers, as I find out more I will report!