This guide details the steps to get your very own The Key to the Garden of Ocra, for permanent access to the redeemed garden. Having this key also allows you to buy nanos and other equipment from the vendors there.

Additionally, completing this quest will allow you to proceed forward in the Knowledge of the Yuttos quest.

To start the quest, head to the
Redeemed Temple
Scheol Upper - 593.0x420.0
and find Ecclesiast Ocra Lux. You'll find him in the south room at the top of the spiral staircase. 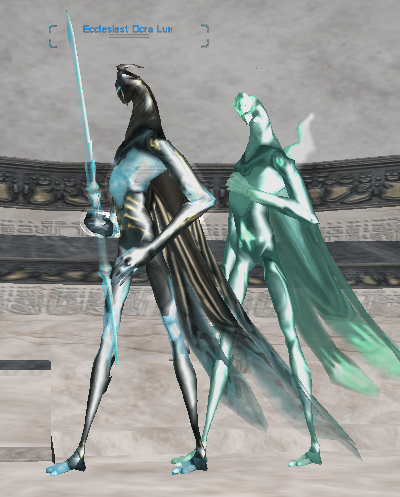 After talking with him, he will ask you to find out about a trapped spirit and will send you speak to someone else within the temple. Talk with Diviner Ocra Bela-Ilad (in the same room) who will tell you what you are looking for and where to find it. 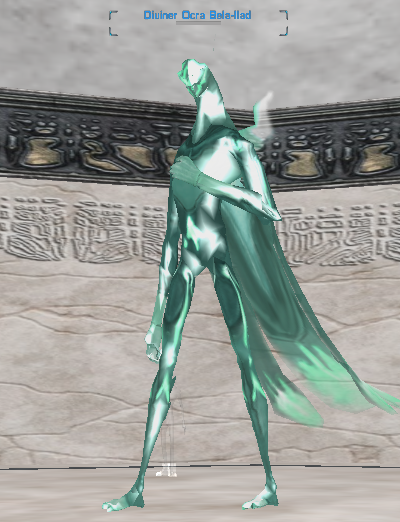 The Diviner will tell you to collect 4 separate pieces of the blueprint pattern of the Weary Empath Min-Ji Liu, (A, B, C, and D). These can be looted from Unredeemed mobs around the temples. It shouldn't take too long before you find all 4 pieces.

Once you have all 4 pattern pieces, at this point just combine them to make a complete pattern. DO NOT create a Novictalized Notum Crystal with 'Weary Empath Min-Ji Liu' just yet. If you are unsure how to combine the pattern pieces, please refer to first portion of the Pocket Boss Guide.

⇑
Back to the Redeemed Temple

Head back to the
temple
Scheol Upper - 593.0x420.0
and show Complete Blueprint Pattern of 'Weary Empath Min-Ji Liu'). to Ecclesiast Ocra Lux. He will hand it back to you with an Insignia of Ocra and ask you to show it to the Sipius in the garden.

⇑
The Garden of Ocra

There is an Ocra statue south from the Temple. Enter the garden and find
Sipius Ocra Nuir-Cama
- 468.0x495.0
; he stands near the transport statue that lets you teleport to other gardens. 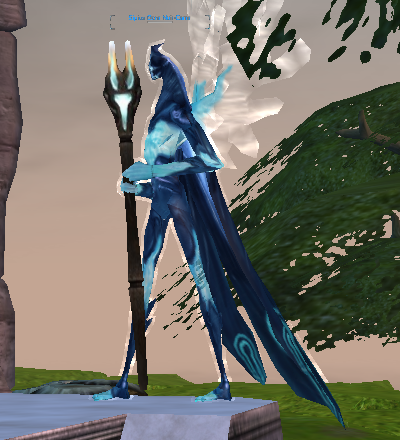 Show him the Complete Blueprint Pattern of 'Weary Empath Min-Ji Liu'. He will tell you it needs to be novictalized. Complete the rest of the crystal as explained in the Pocket Boss Guide to receive your next mission.

Note: The requirements are quite a bit lower than usual for this Pocket Boss:

Now you are ready to spawn the Weary Empath Min-Ji Liu. You can use the
Incarnator
Scheol Upper - 899.0x819.0
in Scheol to spawn her and talk with her (do NOT attack her, she will not aggro you even if you're lower level than her). Be sure you are not in team while doing all this (spawn and talk).

Note: You must be at least level 95 to spawn the Empath. If you are lower level, trade the crystal to a higher level friend and have him or her spawn it.

The Empath will act like an NPC (unless you attack her). She'll talk to you for a while and then disappear. As you start speaking to Empath, she'll leave a Nodrop Old piece of cloth sparkling with notum in your inventory which is needed for the quest. 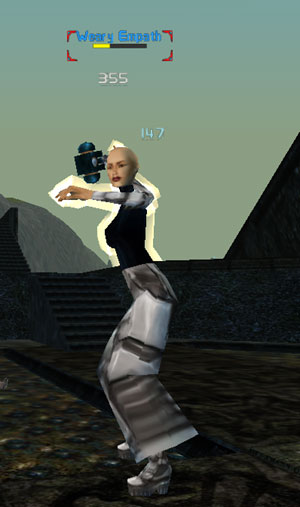 ⇑
Back to the Garden of Ocra

Head back to the garden and tell Sipius Ocra Nuir-Cama that the Empath mentioned someone called...Miller. Then give him the Old piece of cloth sparkling with notum to and you will be rewarded with:

The Key to the Garden of Ocra


Last updated on 08.15.2022 by Cariadast
Information originally provided by Windguaerd.
Updated by Afreng
Do you have questions about this article or found an error? 14 comment(s) - Click here to view them!