Feedback: Please Login first
Each zone in Shadowlands has a quest that awards you a ring which allows you passage to the next zone. The NPC to talk to is same in each zone - Ergo. At a certain level (level 50+), it grants you the ring without doing the quest, should you choose so. More adventurous and lower levels need to go through the quest. He's always located close to portal that gives you access to the next zone.

In Nascence it's location (and that of the portal) is somewhat out of the way. Best way to get to it is to exit garden at Frontier Border (same name for both factions, although locations are a bit apart). From the statue we start running east. We need to take the passage below mountain and navigate through a narrow passage south of Jobe Research until we reach the mountains on the other side of valley. At a crossroad we turn south and continue on a mountain ledge. Best way not to get lost is to follow the left mountain wall all the time. Close to the Brink we come to the next passage under another mountain and once on the other side we face a rocky bridge that will lead us straight to Ergo. 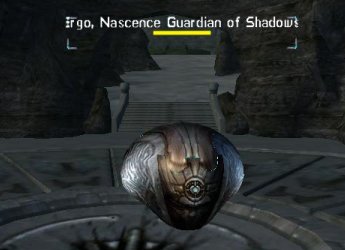 Ergo is a great believer in the power of words and he will be very eloquent, so don't expect him to give you a short speech. Start the conversation with "Take a closer look at this Ergo" and basically you can't stray from there on. Ergo mostly talks about history and current political standing in the Shadowlands.

Note: It's actually the same Ergo in every zone, just manifested in different locations.

While drawn out, his lines do reveal humor. If you are higher than level 50, you'll get the option of skipping the trial, otherwise you have to state you're ready to help. First task won't have to do with ring itself, but rather as personal favor to Ergo and his Yuttos. You'll be sent to retrieve Baby Molok Oil. You have to contact one of two Yuttos, Deep Breath Nine at Frontier Border or Long Stare at Danger in Swamps. You have several options how to reach them. If unfamiliar with Nascence, easiest way is to head back the way you came and meet Deep Breath Nine at a large orange structure. Ergo will give you a Fumigating Canister to hand it to either of them. 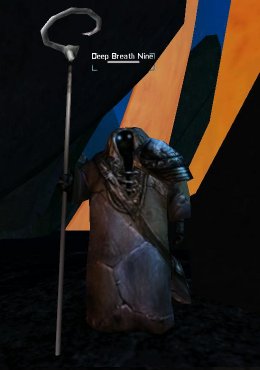 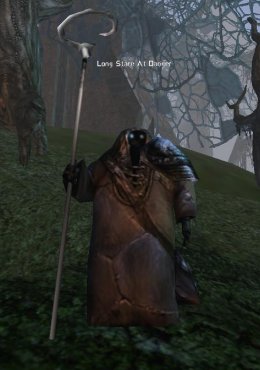 Other options include turning north and then west half the way back to get to Long Stare at Danger or jumping off Brink, teleporting to Jobe Research, getting back to garden and then taking exits close to any of those locations.

By talking to them and handing them the Fumigating Canister, you learn that both Yuttos are concerned about Molokhs. So they hand you key to dungeons where young Molokhais are about to hatch. Dungeons are one floor structures filled with level 35ish mobs. Among them you'll find a single Molokhai. A bit of caution is needed, since it's a boss kind of mob - has more HP as regular mobs, some nasty nanos and similar. Killing it won't end your problems, since new a one will spawn in it's place. 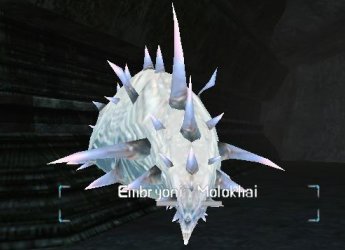 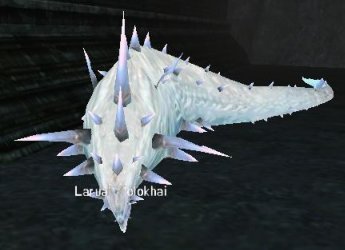 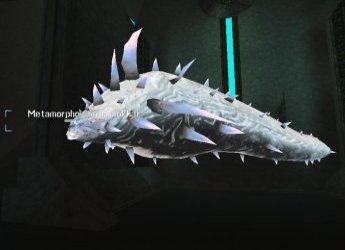 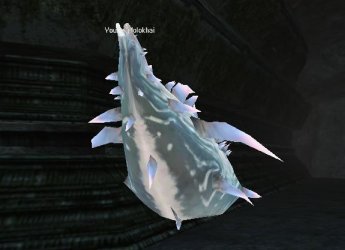 After disposing the 4th Molokhai, this trial is over. All it's needed is to retrieve the Baby Molok Oil from it's corpse and bring it back to Ergo.

Of course you open conversation with him with "I think I found the oil you were looking for. Here, have a look, please." It's trilled as an automation can be and gives you Mark of the Menace with recommendation to call back on it when ready to take trial of passage.

Mark of the Menace

The Trial consists of killing a level 40ish heckler by the name of Nascence Menace and is extremely tough for it's level. So if you're unsure about being able to kill it, team up for the task (you can duplicate dungeon key and hand them to others in your team). Once ready for the task, just talk again with Ergo and show him the Mark of Menace. Now go into the large cavern behind Ergo and zone into the dungeon by standing directly in the center of the blue circular structure. 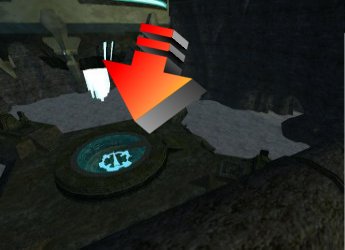 Dungeon is once again one floor, filled with QL 35ish mobs. In one of the rooms you'll see heckler-looking mob, your target. He has a lot of HP and nasty nanos like every boss mob. 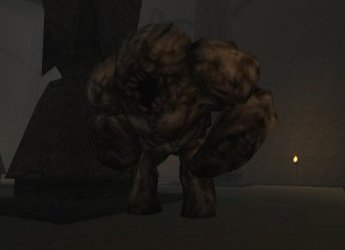 Good thing about it is that it drops 3 Pellucid Crystals.

So with one kill, 3 players can get their rings. All you need to do now is to return to Ergo with Pellucid Crystal. Congratulation, you're now ready to move to a higher Zone. All you need to do is to go to portal at the back of the cave and right-click the ring (Ring needs to be in inventory or equipped) on a little white circle at the bottom of the portal. 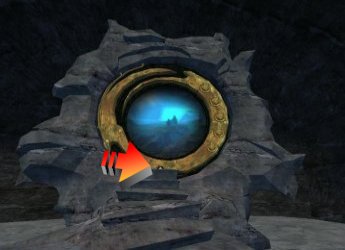 This will teleport you into next zone. Since each zone has one of such rings, it doesn't matter if you use ring from higher zone, you'll always end in next zone.

Here are the 5 types of Insipid Rings:


You can also obtain this ring from a quest on Rubi-Ka.


Last updated on 01.19.2015 by Silvana
Information originally provided by Trgeorge. Additional information provided by Windguaerd (Map image from Sheremap v1.0).
Do you have questions about this article or found an error? No comments yet - Please login first to post a comment.