Like underwater Adonis, Penumbra has got a zone DOT. Without wearing the glasses in Penumbra or your ring it does 750 points of damage every 5 seconds and it will make a dent in your HP pretty fast. So either way you acquire the glasses you really do want to have them equipped while wandering the snow covered plains of Penumbra.

Before heading out on this quest you really need to get together a team to help you. None of the items you need to acquire except one is doable alone for someone below level 160.

Getting this part could be tricky as it drops right outside the portal from Adonis inside Penumbra. To get here you would need to already have the ring to enter Penumbra and hopefully also some healing because of the evil DOT. Be aware if you have low HP you may die while you are zoning. 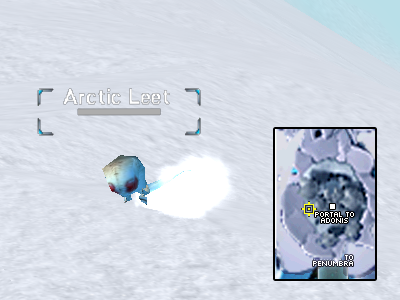 When you get there, the Arctic Leets are concealed, you need to use "Search" action, AoE nuke or /pet hunt. I could spot them with 705 perception. Since the 17.5 Xan Civilization Quest there is also some concealed Tundra Leets and be aware as they have a lot more HP. Arctic Leets on the other hand have around 3000HP and have 100% dropchance for a Eyeball.

This is the easiest part. Head over to the neutral town of Hope in Mort, Zoftig Blimp is located west of the whompahs, and buy a Latex Base from him. 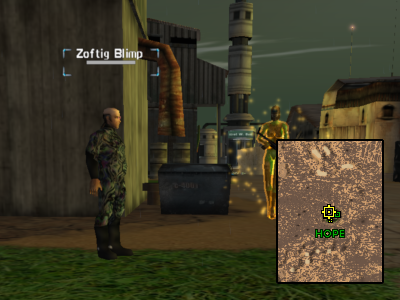 Next head over to Reets Retreat in the neutral town Last Ditch, one of the most famous bars on RK cause of it's glass dance floor. Easiest way to get there would be by a wompah in a organization city. There you should find a atrox right by the bar named Pulcinella. Just hand him the Latex Base and you should get a Latex Mask in return. He then de-spawns, but is gone for only 5 minutes. 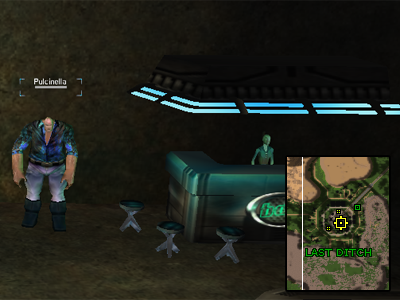 Rubbery Resin drops off Enigma Trees in Enigma Forest in Central Artery Valley. The fastest way there would be the whompah to the Enigma Forest Outpost from 4 Holes, but you'd be going through clan guarded territory. Alternatively you could take the fixer grid and exit at 8-L. You will find Enigma Trees close to the blue obelisks as normal trees but they are attackable. They are around level 180. 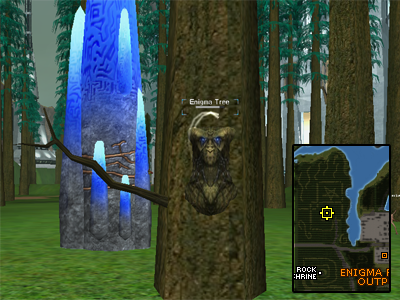 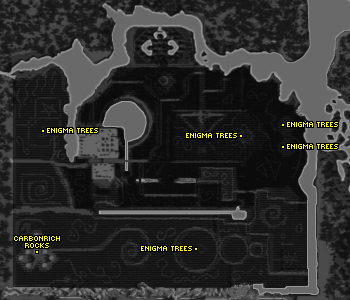 Enigma Roots also spawn around these obelisks but are not the same.

⇑
Psudocoelomatic Membrane from a Molock

Named slithers underwater in north-west Adonis are around level 200 and hit for 1000-2000 and could be a pain without a good team. There are also level 190 normal slithers there that would aggro. You may also find them often camped cause of their patterns and Superior Quality Molock Muktuk for Inferno Protection Boots. The drop rate is also horrible to put it mildly. 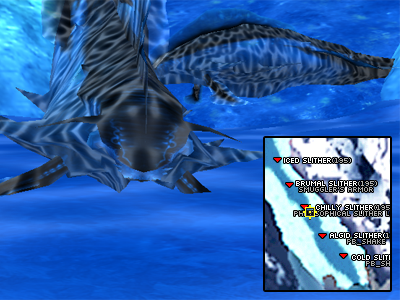 This is the last and maybe the worst item to acquire. To get it you will need to kill a Evil Shark in underwater Adonis. In order to spawn Evil Shark you need to kill a Lone Shark(175), then kill the two Large Sharks(175) spawning. Then for each of the two Large Sharks, two Huge Sharks(185) spawn and from then two Evil Elasmobraches(180) spawn. And they are evil... Finding a Lone Shark shouldn't be much of a problem, it's almost a larger problem to avoid them, except for when you need them. They seem to vanish into thin...water. The drop rate here too isn't too great around 1/10 I would guess. 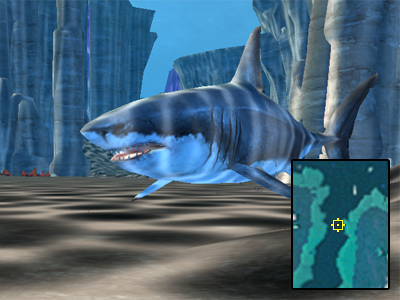 When you have acquired all six pieces you need to head over to Milliner at south-west Adonis. Just hand him the parts and he chats on about it. 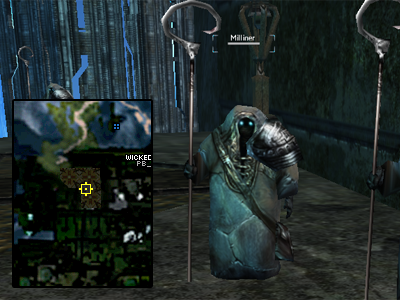 You watch as the Yuttos takes the leet eyes and washes them in the shark bile for a second, before he places them in the eyeholes of the latex mask.After warming the resin, he smears it on the mask, making sure it is airtight and then he covers it all with a simple layer of the molokh membrane.

Let him chat a bit more and you have your glasses.

Last updated on 08.09.2021 by Saavick
Written by Onack
Do you have questions about this article or found an error? 2 comment(s) - Click here to view them!