These features are available to organisations, require the purchase of a laser tagging device and for the organisation to own a city. The city is vital because the station to control the devices are located within the Headquarters building.

To get your hands on a Laser Tagging Device you need to head to the Unicorn Defense Hub, where they are available from the Ofab Nanos and Devices terminal.

The device cost a mere 1000 victory points. You can gain victory points by either participating in Battle Station rounds or by taking on Alien Mothership Missions.

⇑
How do you initiate an Airstrike or an Orbital Bombardment? 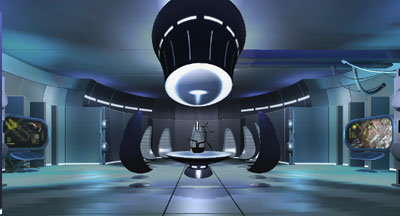 As you can see, on the left and the right hand side of the room are the two stations. 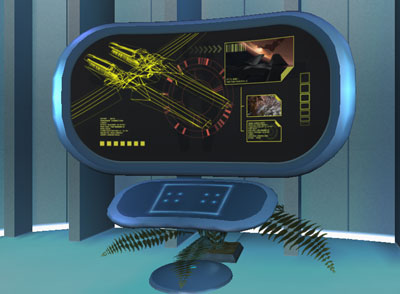 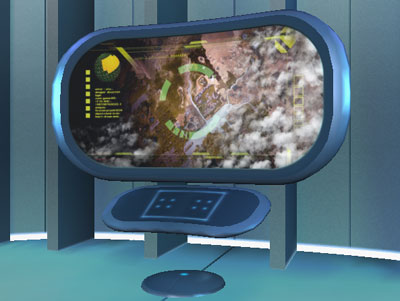 By clicking the stations, a user interface pops up which lists all the available tagging devices planted by your organisation. 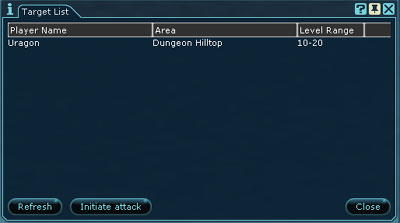 The organisation member is then able to choose the tagging device and start the attack at the given location. This starts the launch of a pretty large scale area attack. Your enemy cannot see where the tagging devices are planted.

The strikes and bombardment require careful co-ordination between two people, and there is a 15 minute lockout timer on the organisation. Timing them correctly will be vital.


Last updated on 02.20.2020 by Saavick
Main information provided by Silirrion in the Lost Eden FAQ 7
Images and additional information by Ukblizzard
Do you have questions about this article or found an error? 2 comment(s) - Click here to view them!