Feedback: Feedback-Thread
After being teleported out of Arete, you can pick up a quest from
Sydney Finn
Galway Shire - 205x880
in Galway Shire, just outside the gates from Rome Blue. 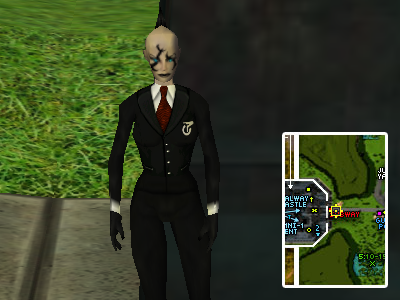 She sends you to deliver a Bronto Sausage Recipe to the OT Bronto Chef who is also in
Galway Shire
Galway Shire - 485x870
. 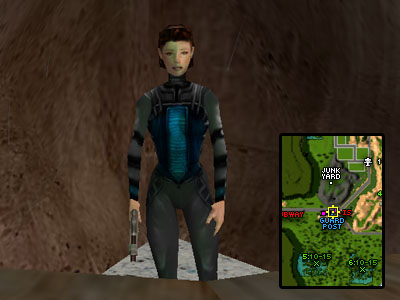 Just head east along the path you are standing on and eventually you will find the Bronto Burger stand. Open chat with the Chef and pass her the Bronto Sausage Recipe. She will award you with:

After that she needs a Bronto Burger delivered to Mr. Blake who is located in
Rome Blue
Rome Blue district - 646x426
. 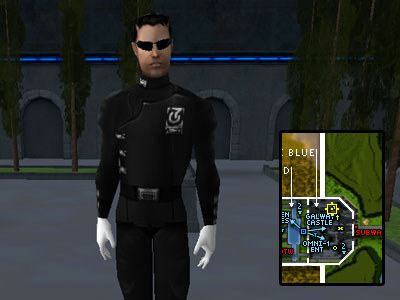 He awards you with a real Bronto Burger and 2 low QL NCU Memory Chips. And of course he has a task for you as well. It seems they are having trouble getting in touch with the Omni-Pol Barracks in Omni Forest and he would like you to deliver the Radio Transceiver to
Lieutenant Echholt
Omni Forest - 478x1817
there.

Before you start running towards Omni Forest, Mr. Blake will mention that Echholt likes his whiskey, so head into one of the shops (such as the one next to Mr. Blake) and walk into the Trade Department: 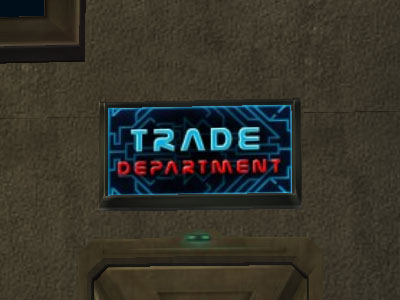 Open trade with the bartender by right-clicking on him and see if he has any:

Don't be discouraged if he doesn't have any, just check some of the other shops. There's two located a bit south of where Mr. Blake is located.

Once you have both the Scottish Whiskey Group - Vintage xI and Radio Transceiver, head west and zone into Rome Red and then head to the whompahs located on the eastern side of the pond. Choose the entrance that says Omni-1 Entertainment. Go out the east gate from Omni-1 Entertainment and head south-east to reach the barracks. This outpost is fenced and well protected from the local hostile wildlife and any foolish clanner who may want to get near it. Lieutenant Echholt is standing next to a large satellite communications dish, maybe trying to fix it. 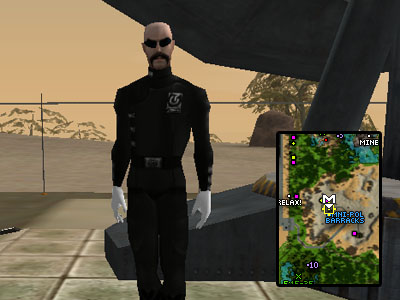 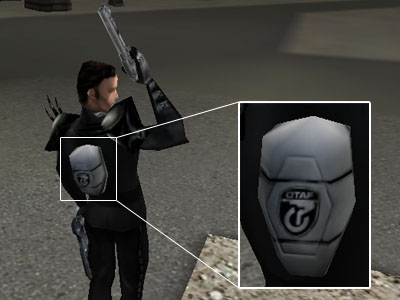 
Note: Now for a bit of good news. The OT Armed Forces Training Helmet you got from Lieutenant Echholt can be upgraded. You'll need an Omnifier, which you can find in missions. Open up the Tradeskill window by pressing Shift-T and place the two items in their appropriate spot and press Build. (Alternatively you can shift-rightclick one item on another in your main inventory to perform tradeskills.)


This requires no skills to combine.

He can't leave you doing nothing, so he gives you Tattered Bronto Gloves to deliver to the OT Tailor located in
Omni-1 Trade
Omni-1 Trade - 433x359
. 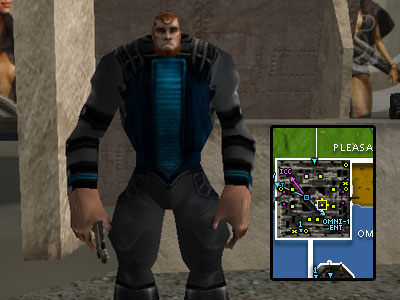 The quickest route is to head back to Omni-1 Entertainment and instead of using the whompahs to go back to Rome, head to Omni-1 Trade.
Your reward will be a Nano Crystal (Treatment Proficiency). He's there to help, but unfortunately he's out of supplies.

So you need to trek to the Bronto Drover Apprentice at Harry's Outpost in
Lush Fields
Lush Fields - 2890x2905
, with Purchase Order.

The trek to Lush Fields might seem daunting at first, especially with such low Run Speed. But fear not, the quickest and easiest route is to head out the western gate of Omni-1 Trade: 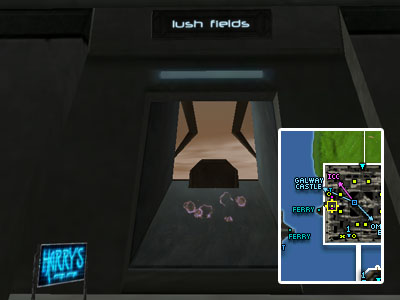 Once outside, you will be standing next to a wide river and a boat will be docked next to you. Close by will be a Ferry to Harry's trading outpost: 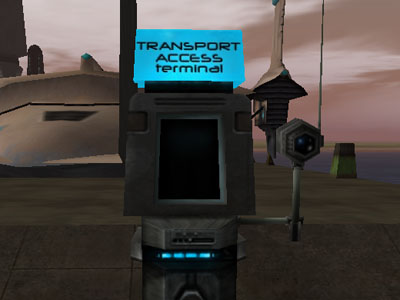 The ferry to Harry's trading outpost

Right click the terminal and you will be instantly transported to Harry's; a neutral trading outpost in Lush Fields. Head west, being a bit careful not too attract too much attention from the wildlife, and eventually you will see a pen filled with Brontos. Inside is the Bronto Drover Apprentice. 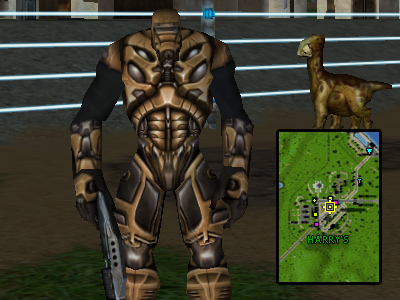 
Have a chat with him and give him the Purchase Order. Now head back the way you came from and give the OT Tailor the Stack of Bronto Hides.

Such a personal sacrifice can't go unrewarded, this time in form of Enhanced Leather Armor Gloves (or a different piece from this set). The Tailor also has a Sonic Analyzer for the OT Party Mixer at Baboons in Omni-1 Entertainment. 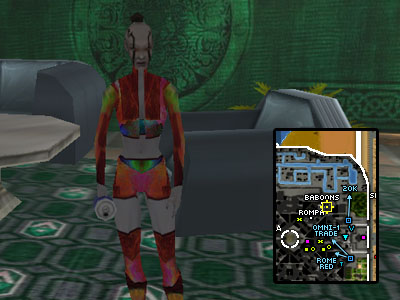 OT Party Mixer first hands you a Microphone and then sends you back to starting point of the whole campaign with a Thermos for Sydney. Before returning to her, you might want to chat with Party Mixer about Living Cyber Armor. Sydney hands you out A Leet Doll.

Out of all the quests, this might not be the most rewarding in terms of items. But we can overlook that; the quests give new players an interesting tour through the major Omni cities and their surroundings and show off various game mechanics.


Last updated on 12.26.2019 by Saavick
Information originally provided by Trgeorge.
Additional information provided by Windguaerd.
Do you have questions about this article or found an error? 3 comment(s) - Click here to view them!