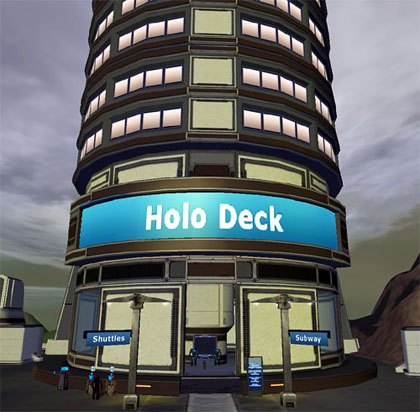 With the 18.8.13 Patch that launched on April 14, 2016, new missions were added to the game. These missions can be obtained from Arbiter Vincenzo Palmiero or the Arbitration Drone in the
Holo Deck
Andromeda - 3246x940
Tower outside of the ICC grid exit. 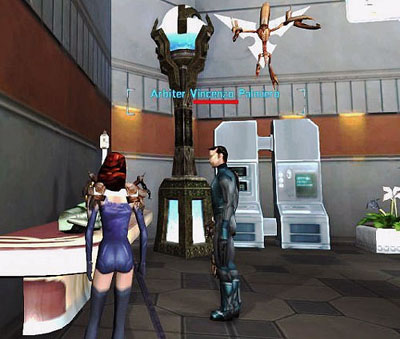 Speak with Arbiter Vincenzo Palmiero for the following series of missions. Currently, he only offers one mission for a week and then disappears for a week. After that week of disappearance is up, he will return with a new mission. The following lists the missions that Arbiter Palmiero can offer you.


[Reveal] Extra Notes:
1) Notum Miners spawn when people die in the PvP arena. You retain all buffs and are simply put back up top to zone back down, so there is no real loss for dying here. Bring a friend and take turns killing each other to spawn the Miners.
2) To satisfy the 1st requirement of dueling, you can simply duel draw. Use /duel to start the duel. Use /duel draw to end it.

Note: The Kyr'Ozch Helmet, Viralbots, and Bounty Items DO NOT stack. This means that you can only potentially win 1 of these items per completion of this mission.

Arbiter Mission 3: DustBrigade - "Dust It Off" 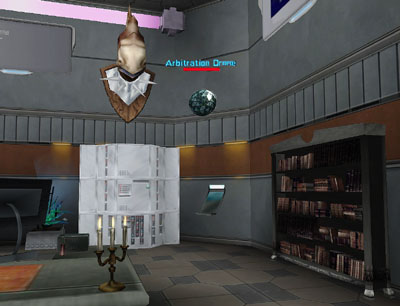 In addition to Arbiter Vincenzo Palmiero, you can retrieve the following missions by speaking with the Arbitration Drone. Currently, the drone offers missions for a week and then disappears for a week. After that week of disappearance is up, the drone will return with the same missions. Currently, there is one mission that the Arbitration Drone will offer everyone, and a second mission that it will offer that depends on your character's level.

Note: Only normal and elite dailies count; AI dailies do not. Some mission do not count even though you might expect them to.

Mission Based on Level 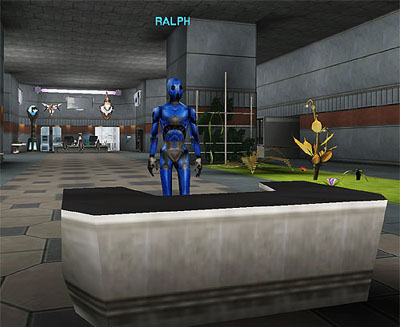 If you are instructed to return to ICC HQ to complete your mission, enter the Holo Deck and target RALPH by clicking on him. This will complete your mission. You do not need to speak to him. Whenever you complete a mission there is a small chance you will receive Damaged Freelancers Inc Recall Beacon. 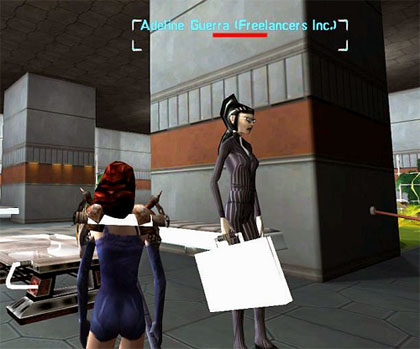 If you receive a Freelancer Inc. Token, then head over and speak with Adeline Guerra, who is standing at the side of the Arbiter's office.

When you collect sufficient ICC Commendations, you can purchase items from the store near the entrance of Arbiter Vincenzo Palmiero's office. The current items available for purchase and the number of commendations required to purchase it are listed here:


Last updated on 01.24.2023 by Saavick
Information from Bluecheeze2.
Additional information from Llie.
Do you have questions about this article or found an error? 13 comment(s) - Click here to view them!