Feedback: Feedback-Thread
The Cup
Athen West - 452x413
remains as one of my favorite clan places to hang out after a hard day of grinding. 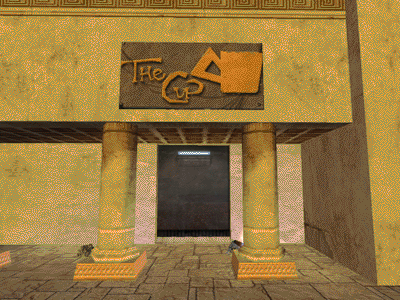 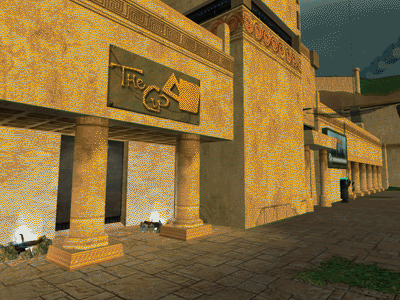 Outside of The Cup. 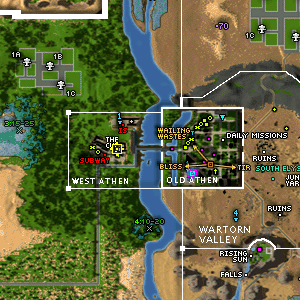 Location of The Cup on the AoRK (Atlas of Rubi-Ka) Map.


Located near the West Athen grid access terminal, The Cup in it's heyday was one of the most popular hangouts among clanners. These days only once in a while will it be populated by customers, making it a perfect spot to meet friends and orgmates without worrying about a crowd.

As you walk in, the first person you see is a lone guy behind a bar counter. David Develey sells a large variety of beverages, from tea and coffee to beer. He's also part of a Daily Mission. 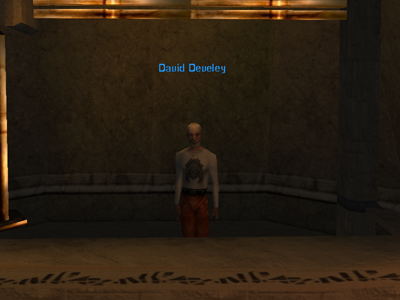 To your right there will be a large sign above what appears to be coffee machines next to a very large atrox clan bartender and a young lady. 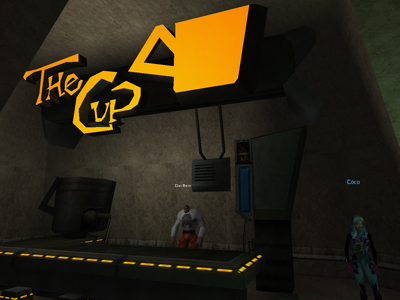 The Clan Bartender will have a lesser variety of beverages, and he's also less talkative. 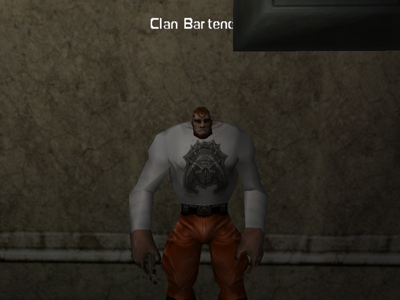 Coco is a young neutral who seems to love The Cup's cappuccino. She's also part of the Fixer Grid quest. 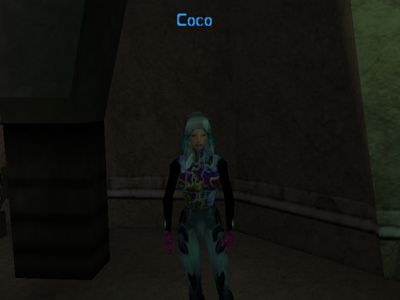 With such a prime location, near the grid, the subway and a friendly clan atmosphere it's surprising that it's not crowded every day. If you're ever looking for a place to chill out, The Cup is a perfect option for you.

Warning: Omni players can make a fast run from the grid access into The Cup, but that doesn't guarantee their safety due to Vanguard guards roaming West Athen.


Last updated on 11.26.2012 by Llie
Written by Windguaerd. Additional information provided by Silvana.
Maps: Atlas of Rubi Ka.
Do you have questions about this article or found an error? 1 comment(s) - Click here to view them!