The cyborg have gotten a footlhold on the northern regions of Rubi-Ka. There are two main locations where they are using abandoned Omni-Tek mining facilities.

A little
southwest of the Mort grid access
Mort - 1400x560
(1400,560) you will find a great acidic crater. On the south bank of this crater lake you will find a ruined outpost. This outpost has a host of high level Cyborgs. It also offers possibly the best drop rate on the armor, the mobs range from level 160-190 and can pack a nasty punch if you are not prepared for them. Omni players will find that in the ruins there are team mission terminals (solo and team) which are still operational, so if you or your team want to go for a mission after cyborgs you can pull some right where you are.

In the center of the outpost there is a building which is the entrance to a static dungeon with mobs between levels 140-160 (not cyborgs). It is only one level with a few rooms, enough for a team to clear out and then go back out to cyborgs. This is usually the tactic when you have eliminated all the cyborgs and are waiting on more to respawn. Another tactic is actually running around the crater and killing the wondering cyborgs and then once you're back to the outpost a full spawn of them will be waiting for you. 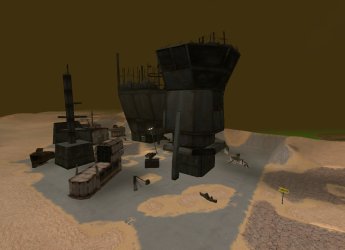 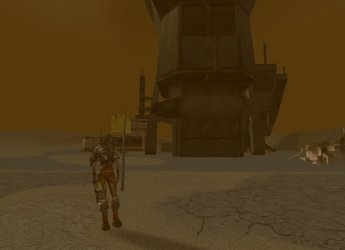 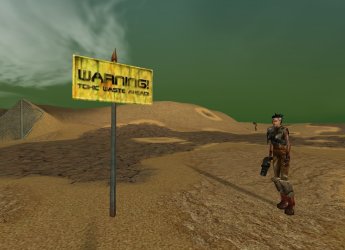 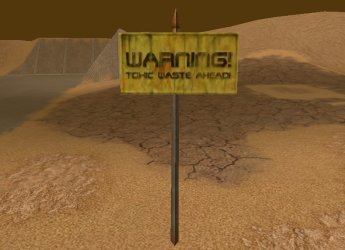 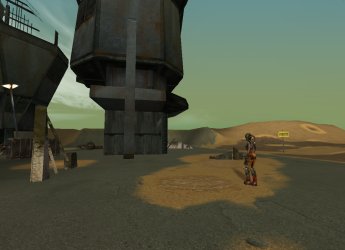 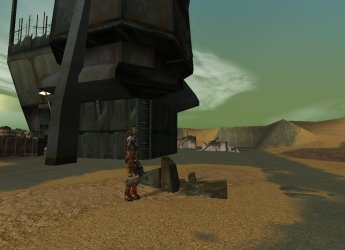 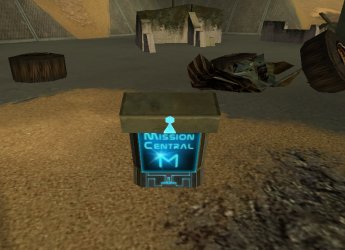 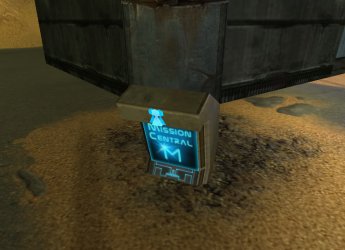 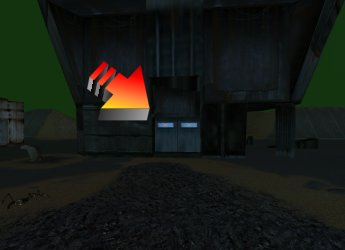 This location is still popular with teams since there is a
clan outpost
Mort - 1870x1120
near where the cyborgs are. It is also located near the crater (1870,1120) and it has shops, insurance terminal, bank and grid exit (which can be used by any faction since it is not guarded by clan guards). The place is used as a gathering point for teams. 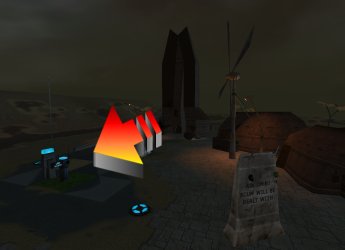 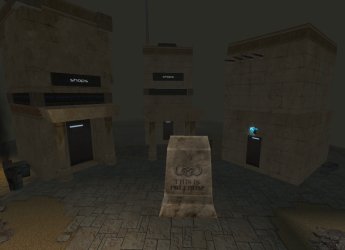 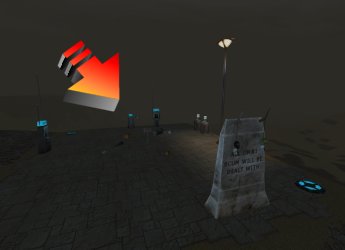 You will find Elmer Raag near the outpost, he is a level 180 Neutral who is studying the Mort crater, feel free to talk to him (if you're interested in such things). Elmer is part of the missions for Jack's ring; do not attack him, because he has a massive damage shield. Another way to get to this area is by using the grid exit to Meetmedere which is located near the northern border of the Newland Desert area and then either run or fly directly north from there into Mort. 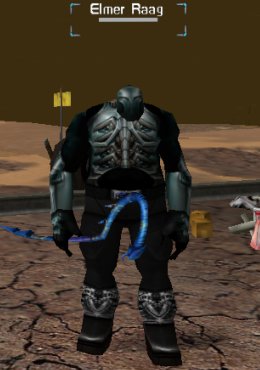 This is where the
most powerful cyborgs on Rubi-Ka
Perpetual Wastelands - 3880x2745
are located (3880,2745) at the north east section of the Perpetual Wastelands area, they are between levels 195-250. Don't worry because there are only a few mobs over 200, and they are dyna bosses. The rest of the cyborgs are no higher than level 200. 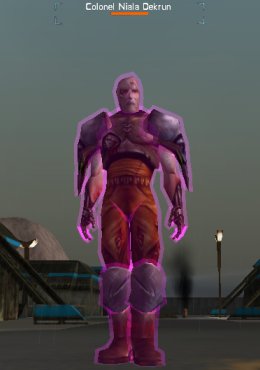 I highly recommend you be at least level 150 if you're going to solo this outpost, or 120+ with a team. The mining outpost is located in the Earsnest Plateau area and next to the outpost there is a lake of neon green biological waste which seems to be the result from it's former Omni-Tek owners disregard for health hazards. 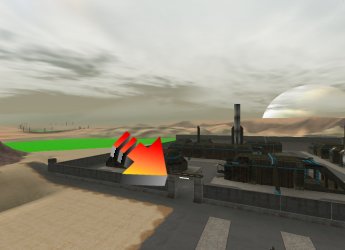 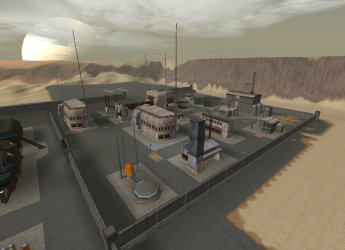 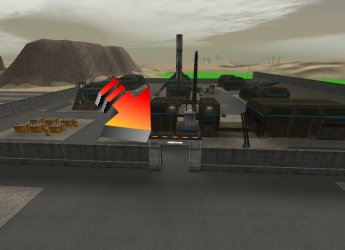 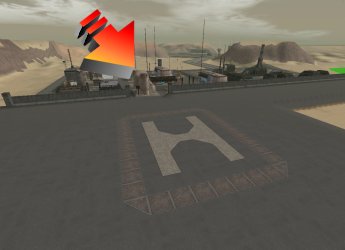 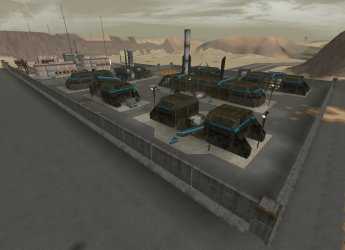 As you can see the entire outpost has walls around it, there is only two ways in, and it is divided internally in half with a gate between both sides. Both front and back gates are not too protected, so going in is easy. Besides that, if you are here you should be able to just jump over the wall. The good news is that because of so many things in the way inside (barrels, pipes, buildings), there is plenty of spots to hide and pulling mobs should be no problem for any high level player or a team.

Cyborgs are always on the move inside and around the outpost, and it is common for more than one to be together, so a good number of times you will need to pull one away from the others so you can take it down. The drop rate on the Cyborg Death Squad Armor is a bit better than at any other location, and probably the only place where you have a shot at finding QL 200 pieces of it.

There is another part of the mining outpost south from this location, however there is a notum field right in the middle of it, the field is called "Middle of Liberty" and the level range is 191-250. This means that if there is a base (the one I saw was clan side) and you're of the opposite side from it's owners you will be facing high QL towers and the damage will be quite deadly to any player or team of players.

If you do want to take on cyborgs in this section, the best place to start is at the
south entrance
Perpetual Wastelands - 3645x2400
(3645,2400). The southwest corner of this area has a large number of cyborgs which are close to each other. 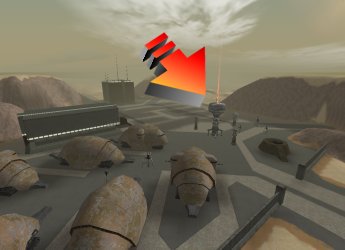 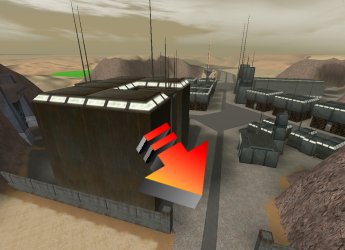 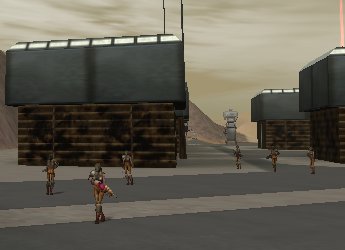 During the hours I spent here, there wasn't anything too notable on loot except Cyborg Death Squad Armor, QL 100 Original Search Glasses (for agents only), Library of Foul Language (QL 180-200) and one QL 200 Experimental Cyborg Token Board which has no token requirements and can be worn by any faction (you must be TL6 to use it, learn about titles here). The token board was meant for neutrals who are not able to earn tokens, however since the Shadowlands expansion many who leveled there faster than on Rubi-Ka have used this board because they did not earn enough tokens to get a decent clan/omni sided token board. Besides that I would say that they also drop high QL 160-200 random armor, tradeskills parts (weapon bases, crosshair target, weapon construction kits, etc), Monster Parts, random weapons (most useless), some gems (rubies, etc), implants, and instruction discs.

If you manage to get a good team together you can level at a good rate at this location.

You can also of course pull cyborgs in missions, although this is a lot more like rolling the dice hoping they'll be there when you enter a mission. The best bet is to set your mission slider to 100% chaos on the mission select display, this however could lead to any type of mob other than the cyborgs you want.

Partygoers visiting Reet's Retreat in Stret West Bank might find themself getting into different entertaiment than they originilly planed. Should they run into Nihana Fincher who's wandering outside Reet's, she can send them on Cyborg hunt. 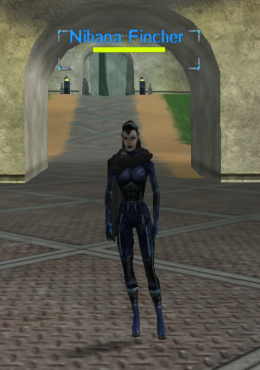 Your targets are two different cyborg dyna bosses, both level 250 and attacking on sight. Like similar bosses some players might already know, they don't deal much damage, but they have a lot of HP, so taking them out can take some time. One is located at the Abandoned Omni-Tek Mining outpost in Perpetual Wastelands, and the other one at the abandoned Town to the southwest of it. 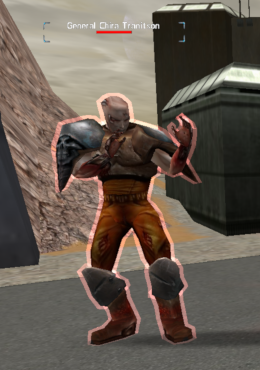 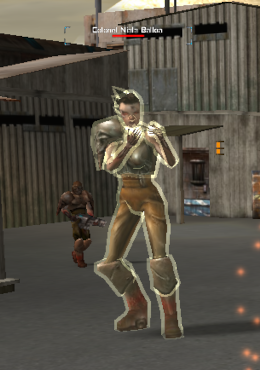 Last updated on 02.12.2022 by Saavick
Information originally provided by Windguaerd.
Do you have questions about this article or found an error? 2 comment(s) - Click here to view them!