Around the grid in Omni-Ent and Tir are special recruiters, Channeled Force Arbiters. They are seeking people brave enough to visit Biodomes. Well, not to actually step inside them just yet, but at least to speak with Research Dome 1 Wardens. They'll try to convince you to do that. But that's a team endeavour and needs some preperation first. 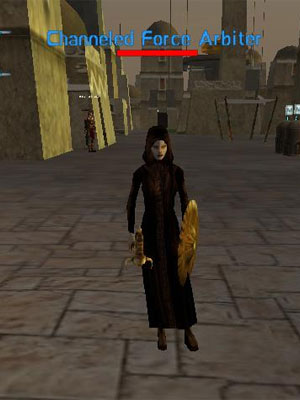 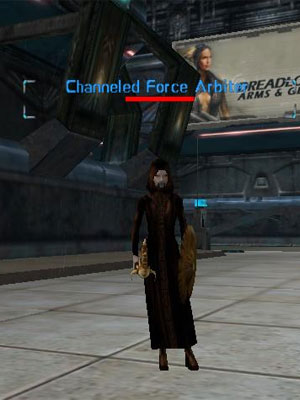 The Biodome raid is considered as one of the most difficult raids on Rubi-ka, and frequently fails due to ill-preparation and poor management during the raid. It requires a high level of cooperation and knowledge of raid details on the part of all raiders in order to complete it successfully. It consists of two parts divided into several phases: farming the actual key to get inside of the Biodome, and then entering the Biodome and killing the boss inside. 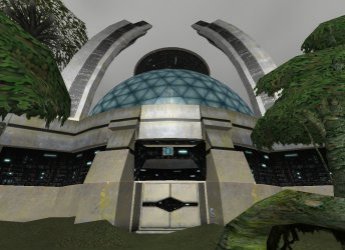 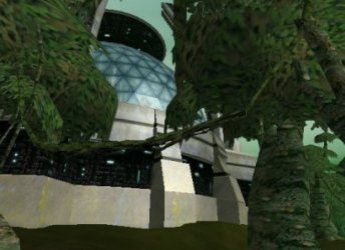 The Biodomes are located in two playfields; Belial Forest (Clan), and Southern Artery Valley (Omni). There are three different biodomes in each playfield, located at various locations throughout each zone, in the swamp or forest areas. They are easy to find as they are isolated and very large dome-like structures. 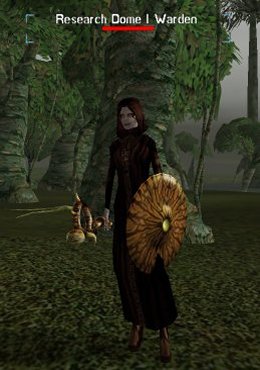 Each biodome has a warden

This guide uses the Omni version of the raid as an example, however, if you are Clan you can simply repeat these steps in Belial Forest. The name of the keycard will be different as will the molybdenum armour, however, the process will be exactly the same.

To prepare for the first phase, you will typically need about 1-2 teams of level 200+ players depending on how powerful the players are, with at least 2 docs and a tank-type.

⇑
PHASE 1: Get the key to the Biodome 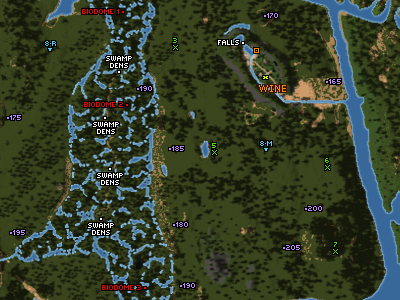 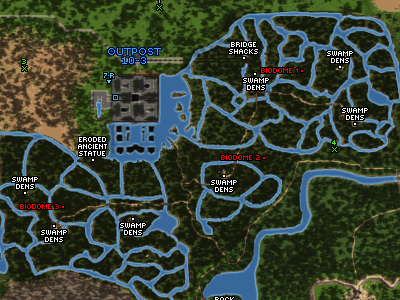 There are 7 camps in Southern Artery Valley but the Hag will only be spawned at 3 of the camps. You get one key part from each Hag, so you will need to scout the camps and find which 3 of the 7 camps the Hag is located, one by one.

1) The Hag AoE nukes for 3-7k, NSD is not affective. A good strategy for killing her is to send an enforcer or someone with tanking ability in right near her. Ranged weapon users should keep a distance out of nuke range, and melee users should be very careful. Docs should get nano range buffs from an NT if possible so they can stay out of range of the AoE. Docs might be best using Alpha & Omega if there are a lot of melee weapon users in the teams. She will occasionally warp attackers, so docs should be wary of who's being warped in and whether they need heals from a possible AoE nuke. If there isn't a doc present on raid, the player being warped into the camp should run away from the team, instead of back to it. This way only the warped player is affected by nuke.

2) After the Hag dies, there will be a respawn process of roughly 12 respawns, each with corresponding swamp-type creatures and a central boss in each spawn. An assisted caller should direct the raid force to pick off the adds while the tank focuses on the boss. When all adds are dead, have the rest of the raid force focus on the boss again. Rinse and repeat until the final boss dies (he looks like a large biledrinker), and you can retrieve one of the three key parts with some additional loot (see loot table for phase 1 below). NB : after final kill, there's a cooldown of several hours before a new Hag pops again, so be very patient if it's not up when you arrive ...

The key parts will combine to form words:

Once you have the correct key for your faction, you can start the next phase at any of the Research Domes located in your factions area. (As shown above on the maps)

Final boss drops of this phase

Organize teams, ideally with one doc and one reflect buffing profession (for example soldier or engineer), in each team. It's recommended that you form 3 or 4 teams, however, with experience it may be possible to do it with 1 or 2 teams with as many docs and high damage dealers as possible.

Ideally a 210+ enforcer (for his massive HP and taunting ability) is needed to keep aggro and tank on the main boss in the biodome itself (enforcer should not mongo! only single spec 4 taunts). A soldier is a great secondary tank if an enforcer isn't available.

Important note: Make sure that everyone takes note of what damage type their weapons do, and bring a weapon of a different damage type if possible. This will be important later.

⇑
PHASE 3: Get everyone their Pass and Enter Biodome

1) Hand the Broken key card to Biodome keeper at the entrance to the Biodome, and a fixed key along with a box of passes will be given to you.

2) Make copies of this pass that will last 30 minutes each by right clicking on the box of passes. One click = 6 passes.

A raid leader should hand one pass out to each person in the raid as quickly as possible, right-clicking once each set of 6 passes are handed out. There are a maximum of 30 passes that can be made, so the maximum number of teams that can enter the dome is 5.

The 30 minute time-limit on each key basically means you have one shot at killing the main boss inside of the biodome because there won't be enough time to get back if something goes wrong. (Unless you have more passes to be distributed from the box, then, just need to reform outside of the dome, and right-click the box of passes again.)

Important note: Make sure everyone has their pass equipped in one of their HUD slots, or they will be killed by the Security System Deletion Turrets when they enter! 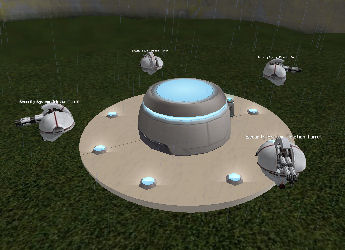 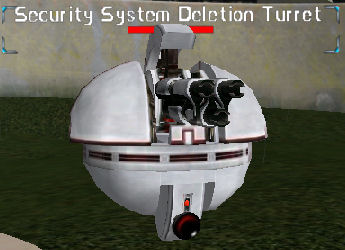 ⇑
PHASE 4: Kill the main boss inside of Biodome

Once inside you need to spawn the boss. To do this right-click the fixed key card on a terminal. This will spawn the boss, Urqhart the Absorber, who looks like a giant tree.

1) After a certain amount of damage has been dealt with any given damage type, the boss will raise a reflect shield against it with 1000 reflected damage, e.g. an energy reflect shield. This might require that all energy attackers should stop until he changes damage to another, and then those people stop attacking, etc. Raid leaders should take note of the damage being taken, and direct raiders who use a certain damage type to either stop attacking/limit attacks or switch to another damage type if possible.

2) Depending on the composition of you raid force and what weapons people use, it may happen that the boss raises a shield against all damage types. In this case, those who can take it should continue fighting with careful attention to healing.

3) Nothing that causes AoE damage or debuffs should be used. This includes Shadowbreeds, AoE nukes, AoE debuffs such as calms/roots/snares, enforcer Mongos (!) and AoE perks. This is very important to remember. This could draw aggro from the four turrets, and they could start aggroing and killing random raiders. If this happens, it will effectively end the raid.

4) If someone does aggro the turrets, it's usually best for the healers not to heal that person, as that will cause the turrets to attack the healer and quickly wipe the raid.

Loot table for Urqhart the Absorber 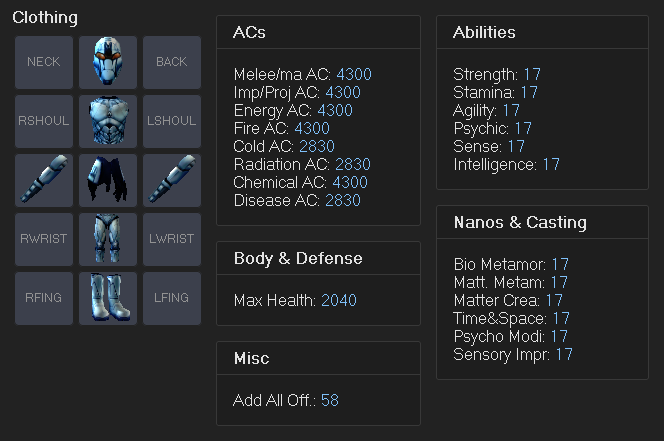 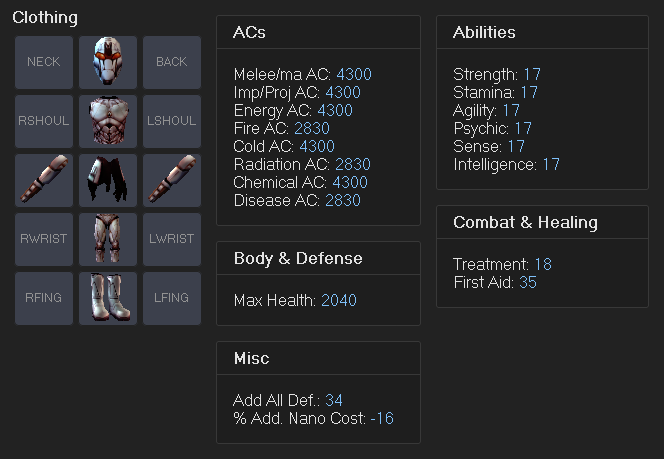 
Molybdenum Plate armor can be upgraded with items found Inside the Machine. For more information check this guide.


Last updated on 08.24.2022 by Saavick
Information originally provided by Hollowburn. Additional information provided by Windguaerd.
Do you have questions about this article or found an error? 2 comment(s) - Click here to view them!