Feedback: Feedback-Thread
This daily mission is given by the Agency Handler from the office in Rome Blue as well as the office in Athen.

There have been reports of eremite infestations in some parts of Rubi-Ka. Shy Eremites built underground tunnels which might lead to a devastating collapse of the whole area. Your mission is to lure the Eremites above ground and kill them.
The Agency should have given you a Decoy Construct:

The location varies according to your faction. 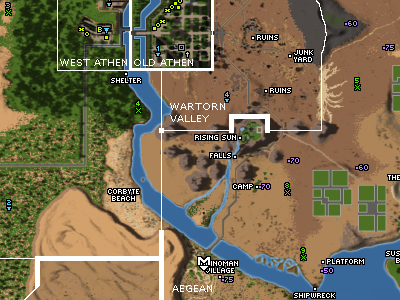 The infested area in Aegean (for Clan/Neutral toons)

Follow your map pointer to the area. Be careful if there are other mobs around that might aggro you. When you've reached the infested area move around and listen if you can hear one of those Shy Eremites. The mission description talks about sand paths where you should look for signs of the Eremites. You will see

A soft thud is coming from below.

in the Vicinity chat if you are near one. Now place your thumper... err... your Decoy Construct on the ground (right-click on it) in order to lure the Eremite above ground. 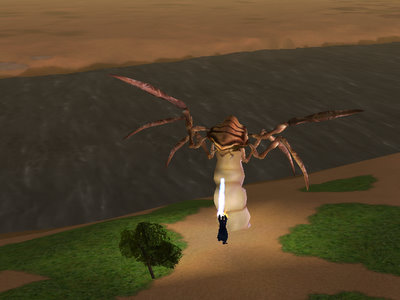 ⇑
Hints
The Eremites are around your level. After you've used the Decoy Construct they become tab-able. It might be a good idea use /follow on them to get a little closer. Otherwise they might run off and out of range.

The mission updates after you've killed 5 Eremites. You don't have to run back to the Agency but as you are standing in the middle of nowhere more or less I suggest that you run to the nearest player city in order to come back to civilization.


Last updated on 01.28.2012 by Silvana
Researched and written by Afreng
Do you have questions about this article or found an error? 2 comment(s) - Click here to view them!