Feedback: Feedback-Thread
This mission starts in the Holo Deck Building as part of the ICC Dailies found in there. To obtain this mission visit the Abratration Drone on the second floor. 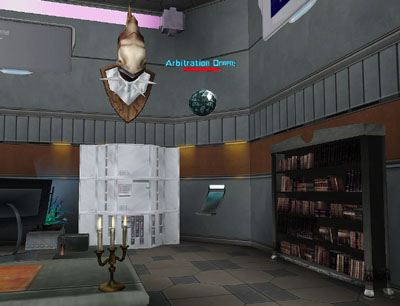 To learn more about the ICC Dalies available to you, where, and when you can pull them, visit our ICC Mission guide.


Arbiter Palmiero's drone will tell you of trouble in Greater Tir County. He will tell you they have put Peace Keepers in place there to patrol the area. They are stationed at the area's Main Entry and Exit point, a ship just south of the temples in an effort to keep those exploring the temples safe. However, he has been getting some sporadic complaints of personnel and guards turning up missing.

His recon teams inform him that some mysterious figures may be pulling them into the deepest recesses of one of the temples. He suspects these figures must have another way of entering and exiting the sanctum and are performing rituals using his personnel. He wants you to investigate and if possible, find his missing Peace Keepers. Once found the figures must be stopped and their leader destroyed.

Once you have your marching orders, it's time to decide whether to form a team or go it solo.

Note: At this point, you need to understand that only players level 125-200 are eligible for this mission, and any player lower or higher will not be able to enter the Dark Sanctum.

If you decide to go it solo, it's recommended that you be on the higher end of the level limit, and be somewhat decently geared. This is not a very difficult mission that you've been assigned, but it's also no regular walk in the park.

If going solo proves to be futile, or even fatal, it's time to gather your team. Choose wisely and be sure to consider a tank and healer in your plan. Just in case!

Note: While teaming players much higher than your own level, should you find the need, may see you lose some individual mob XP, you will still get the reward for the mission once completed.


As soon as you zone into the Entrance "Area", a strange peace and utter quiet hit you. This Entrance "Area" only has two permanent portals, one leading back outside (which will teleport you right outside of the Temple of Three Winds), and the other going to the first floor of the Inner Sanctum where you will encounter mobs.

The Entrance "Area" is the only place in the Inner Sanctum that has no mobs. This makes it the best place for a team to meet and get ready for action. Once you're set, take the steps and walk through the portal to use it in order to enter the first floor. 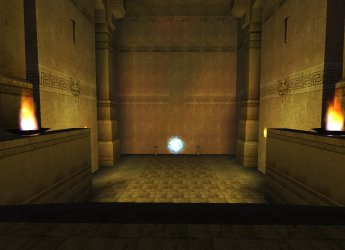 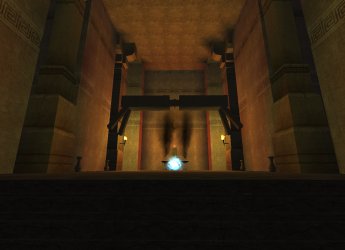 On the first floor, you will notice that this dungeon is similar to the Temple of Three Winds in architecture, but of course, the layout is much different. Here you will see groups of cultists, worshippers, and a few creepy undead with them. 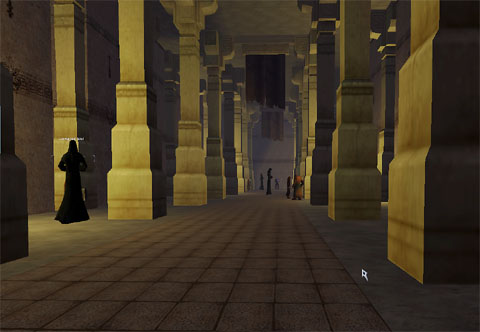 
While up to this point the Inner Sanctum encounter and this ICC Daily have been pretty much the same. Here is where that all changes. Immediately after zoning onto the floor, you will see all the mobs of the Inner Sanctum's first floor as usual.

However, what you may not have noticed before, or perhaps you killed it and did not understand its purpose, was the ghostly cloaked figure of Lingering Soul. 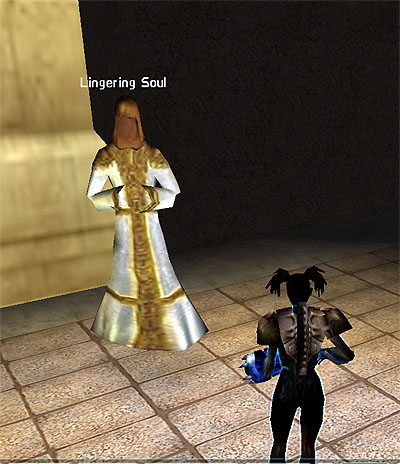 The Lingering Soul wanders the length of the first floor in a slow floating path. It travels along the right wall, up to Fezael the Watcher, and back down the left wall. You may chase after the Lingering Soul, but in doing so you will have to contend with all the normal first-floor mobs who are anxious to introduce you to their violent ways of greeting visitors to the temple.

If you have just a bit of patience, the soul will find its way back to the entrance, away from the rest of the mobs on the floor, where it will pass you and/or your team before starting its journey again.

This is your opportunity. Like everything in the temple, violence is the key. Kill the Lingering Soul, and he will produce a portal on the floor. R-click it and you will zone into a mysterious chamber. 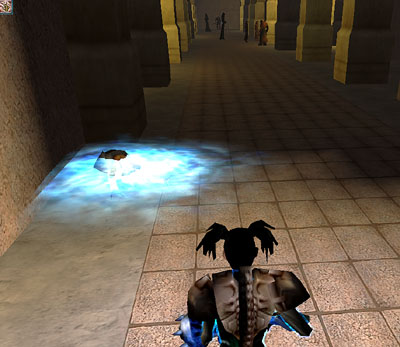 At this point, if you have players over 200 in your team, you will quickly realize the error of your ways! On trying to enter the portal you will receive the message:

Try as you might, it won't let them in! So, anyone over 200 will be left behind and you will need to face the fight with a diminished team or even alone.


Note: The portal is temporary, so be sure you're ready to step before you kill the Lingering Soul.


Once you zone in you will find yourself in a large room. The Lingering Soul's portal is the only way in. 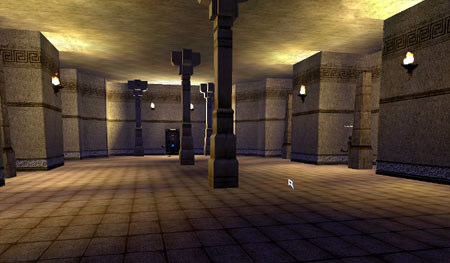 
Hidden deep in the heart of the temple lies a previously unknown chamber. Huh, who knew!

The place seems empty. However, on closer inspection, you will see creepy dead skeletons along the walls. Exploring the room finds them to be unfriendlies called Reborn Soldiers who are eager to engage you in battle. These are not large in number and are relatively easy to take out, especially in a team. These do carry the typical Inner sanctum loot for you to plunder. 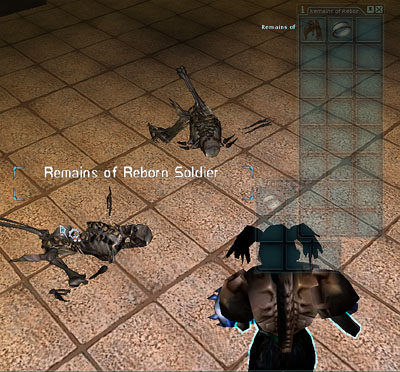 At the other end of the room, is a door. So, once you've murdered all the Reborn Soldiers in this first room, head for the door! Be ready when you enter. 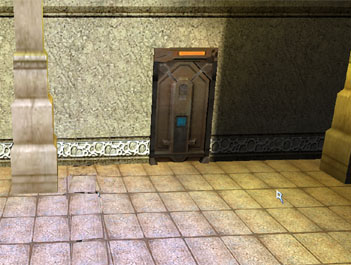 As you peer into the doorway, the area beyond seems to be a large cavernous area. It's dark and in the corners, more Reborn Soldiers can be seen.

Note: Though it doesn't happen often, sometimes everything attacks you as you enter. Be prepared. 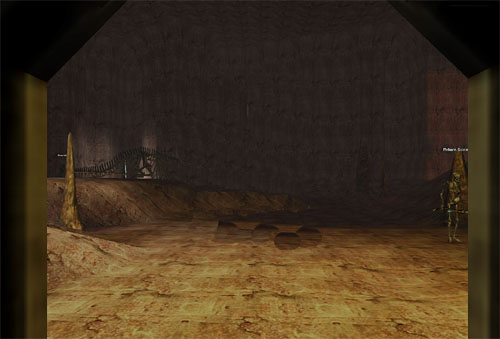 To the right toward the back seems to be a large alter. 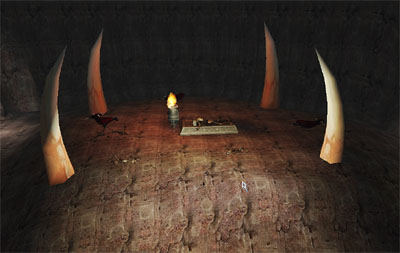 If the Re-Incarnator is not already on her Alter, give it a bit of time. She's most likely just reincarnating her minions. Feel free to clear out some Reborn Soldiers before you approach the Re-Incarnator. 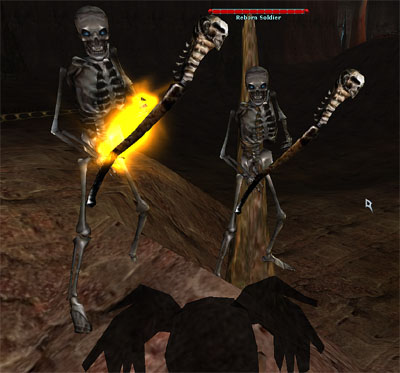 If she is up and she hasn't already, she will soon realize someone has invaded her sacred space, and come out to confront you. She normally won't attack until you get close to her alter, but as stated above, she has been known to send everything and herself on you as you enter.


When you're ready to take on the Re-Incarnator, it's pretty straight forward. Just approach her and she will attack you. Be prepared to defend yourself. A decent Tank and damage are recommended. A healer is always useful in a team. 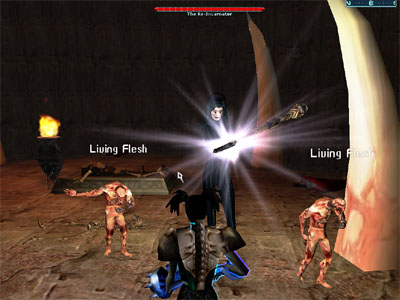 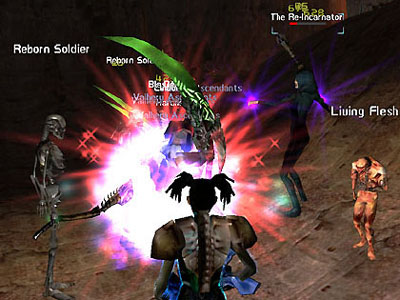 This fight will feel familiar if you've ever been to Temple of the Three winds and have taken on Lien the Memorystalker. The Re-Incarnator calls on her cronies, Living Flesh to try and take you out. Add to that Reborn Soldiers may join the fight, and you can have a battle on your hands.

Like Lien's Ju-ju Dolls, Living Flesh can be calmed. So, if you can't find a tank that can hold its own, it might not be a bad idea to have a calmer with you. If not, you're best to have some decent evades and AC's...so check your armor!

Once the re-Incarnator is taken care of, your mission will update automatically. Be sure to check her loot. Sadly, there is nothing special there. Just more basic Inner Sanctum loot. However, once you divvy it up, (assuming there is anything there anyone wants), you can look around for any Peace Keepers or their remains. 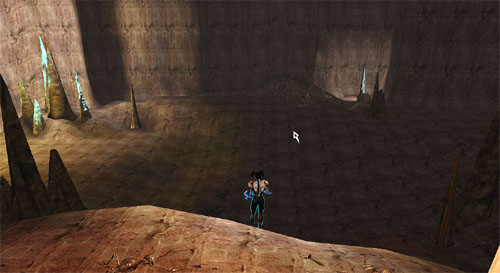 Unfortunately, you will not find any. (Don't dawdle though! You can expect all these dead things to respawn sooner than later!). Now that you are sure there is nothing else here needing your attention, it's time to get out!

You may leave the chamber through the door you came in. It will take you back to the outer chamber. 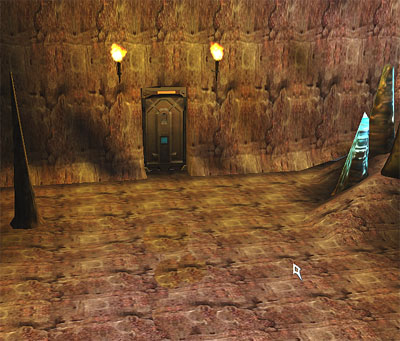 As you walk through the door, you should be prepared as there is a good possibility that Reborn Soldiers have respawned in the outer chamber. 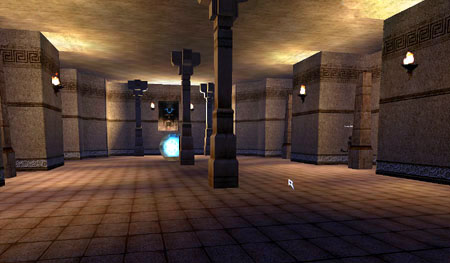 Since the portals will not work if you are in combat you will need to calm them or take them out. You might as well get some practice in and kill them all!

Once you fight your way past them, simply walk through the portal at the other end of the room. 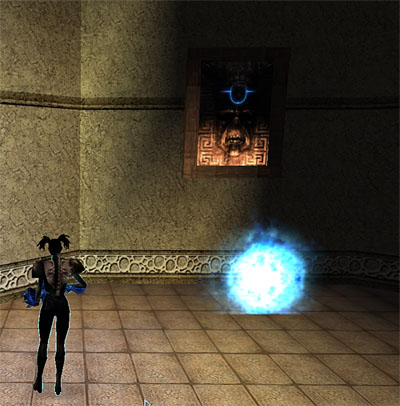 This will drop you back on the first floor where the Lingering Soul will be waiting to see if you survived. He should not attack you but we make no promises. 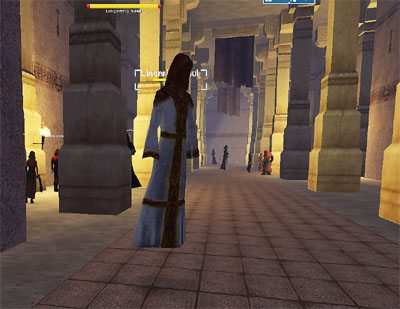 From here you can take the portal against the wall behind you, and be back outside of the temples!

Congratulations on defeating the Re-Incarnator!