Discuss the Article 'SL Nano Shopping by Garden' on this thread -- To view this article, please click here.
Top

I have unlisted this guide because it is so out of date that it does more harm than good.
I will update it sometime soon™ and then restore it.
Top

I have visited every garden and sanctuary to make note of its inventory. The guide should be all up to date again

After doublechecking for new SL map today, i have few more editing suggestions below for this guide.

Elysium garden :
the only existing Boon nanos (verifed today) seem to be Enel-Bhotaar & Ocra-Shere ; others here should be removed

Thanks BItnykk for verifying. Regarding Elysium garden; it seems to have a random selection of Boon of Ergo nanos, never all at the same time.

For the others I will do a few more runs soon to verify they are indeed not in-game. I think they might also be only available some of the time.

I'll add the ones you suggested were missing:

Oh i see, then i'll put more generic names on SL map from now on for these Boon nanos.

I wonder if this temporary appearance can be confirmed for Nascence's C. Teaching and also for Inferno's D. of Resolve ?
Please confirm me ASAP (here or ingame) so i would edit new map version accordingly (long todolist ahead anyways).

PS : my bad for typo on Cosmic Relaxation (a missing) just upper, but i guess you will put it as item id link toward aoitems - so it should autocorrect.

PS2 : i didn't verify the list of other SL nano guide - the one sorted by profession.
Top

>>I wonder if this temporary appearance can be confirmed for Nascence's C. Teaching and also for Inferno's D. of Resolve ?
>>Please confirm me ASAP (here or ingame) so i would edit new map version accordingly (long todolist ahead anyways).
I'll try verify it over the coming days. It's not easy since the inventory changes very very slowly.

>>PS2 : i didn't verify the list of other SL nano guide - the one sorted by profession.
I updated the one by professions too

Reverified today : still no Degredation of Resolve (@ Inf Sanct) nor Composite Teachings (@ Nasc Garden).
I'm now strongly considering to not include them in the incoming map - unless we can confirm them, finally.

Oppositely, as you said, the Enel/Ocra Boon nanos @ Ely clearly cycle in name, but i've never seen Aban-Shere yet.
So i think i'll add a generic name for the confirmed 2 firsts, but not for the Aban - unless confirmed until.

I plan to finalize files during next week-end for a release around the 20th.
Feedback welcome whenever possible

I verified Degredation of Resolve today at inf sanct. No sign of Composite Teachings in Nascense Garden yet. 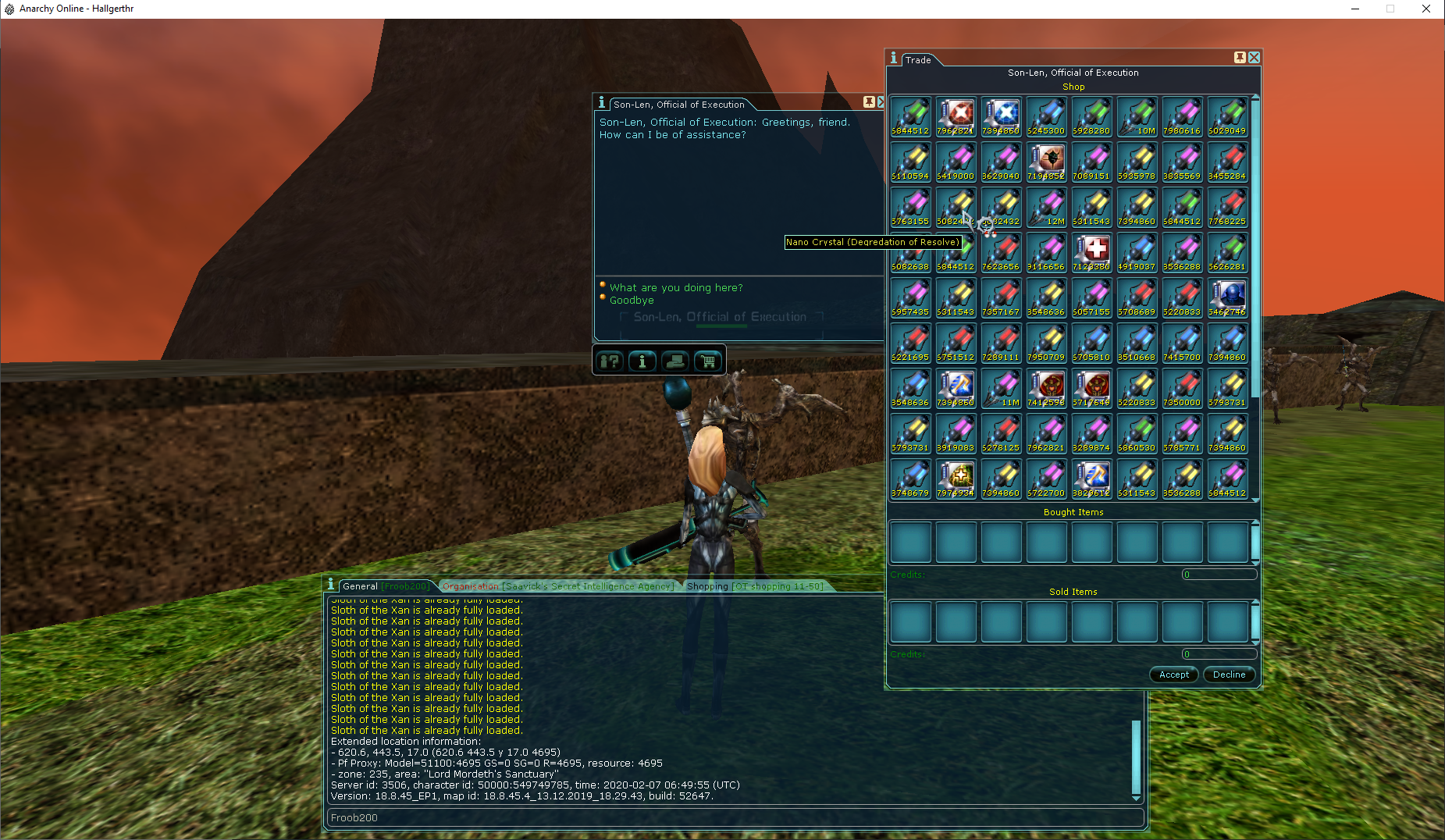