In one of the largest gatherings in the history of Rubi-Ka, Omni-Tek employees from all departments rallied in Rome to await their CEO's address. 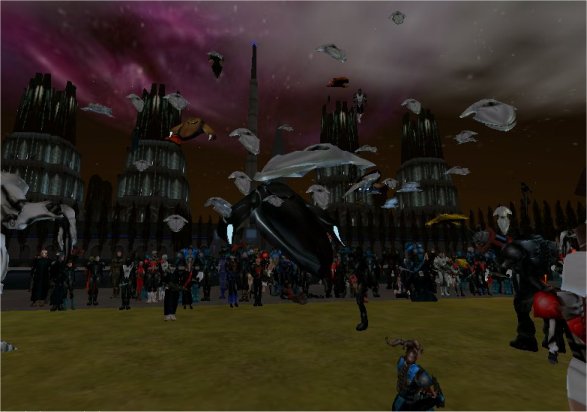 Hundreds of vehicles were in the air trying to get a closer look as there was almost no room to stand to witness the event. Omni-AF security forces kept a tight perimeter as Rome went to an Alpha-1 security state and fell under complete military control before the arrival of their CEO. The holo pics above was taken before Mr. Ross arrived, the one below from his arrival and speech. 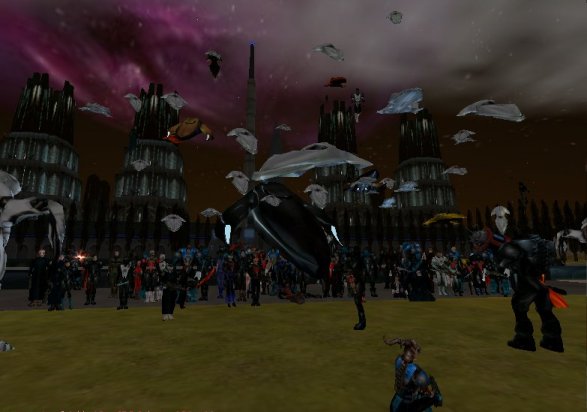 The speech was historical in nature as it not only reminded all employees about Planetfall day, but also about Omni-Tek's interest in Jobe. His address was cut short, as Omni-AF forces which were in route to Jobe had come under attack by the clans.

With a direct and firm order, he commanded all those who were present in the rally, to go and aid their fellow employees which were under attack in Broken Shores.

All employees rushed and moved out in mass, following their CEO's command without hesitation. Reports show that the omni forces surprised the attacking clans from all surrounding areas and routed their enemy, saving the remaining Omni-AF personnel that survived the attack.

It is unknown if they continued their mission toward Jobe or if they withdrew back to omni territory to recover from the casualties and injuries.