AOU: Now looking at the official LE site, I'm gonna base the questions on them:

Fight for orbital supremacy by conquering level based battle stations in large PvP battles. Unleash the fury of the heavens.

Does this mean large high level PvP or can lowbies also participate? Will these stations be static or will they 'spawn' like a mission specifically for the teams involved?

Morten: The new PvP areas will be open for every level allowing any level of player to participate in the battles. Players will volunteer to assist their side in the battle and as soon as the next round of reinforcements is ready to be shipped out you are teleported into the fray.

Your level will determine witch battle station instance you will fight on to ensure that you meet players at your own level. The station will be accessible for everyone and is not restricted to your team.

Feel the power of controlling huge Mechs on the battlefield.

AOU: Will players be required to use abilities that they usually do not put
IP (usually because they are useless to their profession) into so they can use a mech?

Morten: It has been a goal from the start to make PvP more accessible for everyone that would like to contribute without having to spend excessive amounts of time twinking. I have no plans to add restrictions to twinked character but rather supplying additional opportunities for players that might not want to go head on against opposing players.

To answer your specific question, as soon as you have learned how to operate any given type of vehicle through research there should be no difficulty entering it.

Crush the alien forces. Enter vast dungeons in the heart of alien motherships
AOU: Will these be like the ships in city raids that are specifically generated for those participating in the raid or will these motherships be open to all (including those without an org or a city).

Morten: These will be open for everyone that wishes to enter. The inside of the motherships does not require the player to be a member of an organization or own a city. The motherships will be instantiated dungeons generated especially for those that choose to enter. There will though be some form of time outs after you have completed a mothership encounter so thatâ€™s it not something people can instantly repeat one after another.

Build and customize yourself further with advanced experience rewards. Boost your character with new special attacks and special stat bonuses.

AOU: SL and AI brought a LOT of perks and additional levels, does LE add even
more level grind or are the rewards mentions as spoils of won battles?

Morten: There are no new levels included in this expansion. There will though still be many new ways to enhance your character to be more powerful than ever before. The most prominent character advancement feature is the new research system that will allow you to learn new abilities and boost your characters skills.

The research is conducted by setting aside some of your earned XP towards the research. Players will further be able to gain new weapons and armor enhanced with the use of alien technology. The Art Director Stian Dahslett has done a tremendous job bringing the Anarchy Online Sci-Fi theme to new heights.

Partake in the escalated Omni-Tek vs. Clan conflict. Help your side to win as you call air strikes, use artillery, mine the battlefield, and unleash havoc from inside your mech.

AOU: This part seems to hint that a mech can be used not just for fighting, but to call on attacks from ground and above (orbital stations I suppose) however artillery and mines would mean something placed/dropped them off, does this mean that some sort of drop ship will be available to players that they can control through the mech?

Morten: There are vehicles that do not directly engage in combat, like the artillery units that can be placed anywhere on the playfields and used to fire onto any land control field they choose. While players man the artillery they will have to cooperate with a friend calling the targets that needs to be bombarded.

The laser strikes and the bombing planes are both executed from the control tower located inside your Organizationâ€™s control center on the battle station. All of these require someone on the ground to place out target markers. There are going to be drop ships that supply the troops on the ground, but these are not manned by players but can easily be called into battle when you need your vehicle.

AOU: Will these installations be ready-to-purchase or require tradeskills to assemble and out together?

Morten: Some of these will require you assembling them through the tradeskill system. While we are on the topic I would take the opportunity to explain a bit more about these installations.

The Surface to air missile tower will play a strategic important role in the Notum Wars battles. If one of these are active in the land control area there are a chance it will be able to intercept the bombing plains and shoot them down before they reach their target.

It will therefore be important that these are kept away from the field if you are planning on doing any bombing. Stationary guns are not towers, but are player controlled stationary vehicles used to defend your area from both players and other vehicles. These will pack a punch and should be dealt with carefully.

AOU: Does this mean even more advanced alien armor/weapons/items or will it be unique armor not directly related to the aliens?

Morten: These items are a blend between normal human developed equipment and alien enhanced versions. These will be acquired from the continued battle against the alien invaders. This equipment will definitely set you apart from the rest of the game.

AOU: I'm just hoping you don't add another SOCIAL clothing quest that should have been added to Miiir shops instead...and on that note, will the new quests take place in alien territory (their motherships) or will it be on RK?

Morten:We have moved the bulk of our plans for new quests into the Shadowlands in the form of the dozens of new missions that already on live, and are coming up in updates to the live dimensions. Therefore the quest content in Lost Eden will be much lighter then originally planned as we decided to focus these updates into the live update cycle instead.

Below are 3 exclusive concept art images provided to us by Funcom: 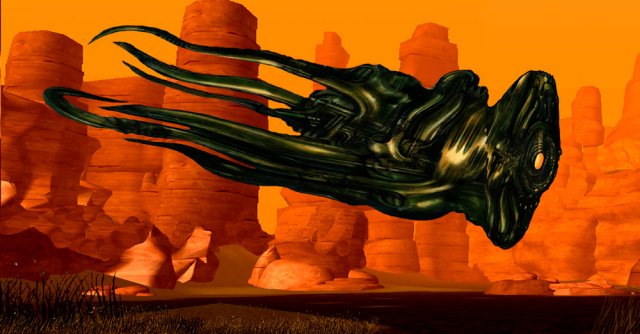 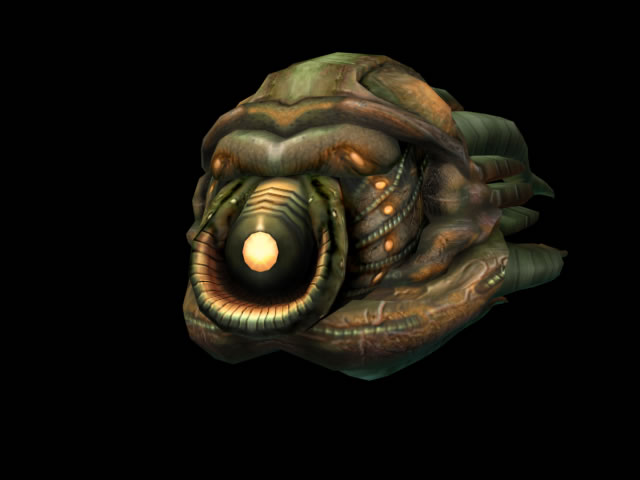 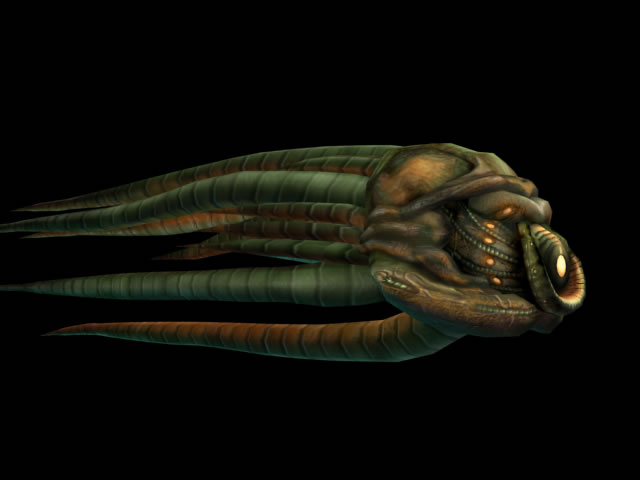 We'd like to thank Morten Byom, for the answers and to Silirrion for the exclusive concept art.


Last updated on 01.09.2012 by Khuri
Article written by Windguaerd
Do you have questions about this article or found an error? No comments yet - Please login first to post a comment.