This is the third of a series of articles based on my extensive game experience. I have written editorials in the past with suggestions to Funcom on changes that I would like to see in AO to improve the game (some which were implemented).

These articles will be on the same subject, but it will be detailing what would I change if I was a Dev, and I will be very thorough going through each area of Rubi-Ka. Not only will I cover what I would like to change/update about my favorite game, but also what I would like to add to it...expect to read ideas about new quests and locations that could enhance the AO experience if they were ever done.

Well it was overdue that I reviewed Mort, so let's start with a popular spot in that zone. Almost everyone knows the ruins where cyborgs roam. What is less known is the fact that the center building can be entered (it's not a mission entrance). When you go in, you'll see and probably get attacked by Hellhounds, Fearplanters, Bileswarm Dominators, Mind Harvester and some other ugly mobs of level 150ish. The inside has a laboratory feel, so the mobs sort of make sense, whichever Dev made this spot but some thought into it. 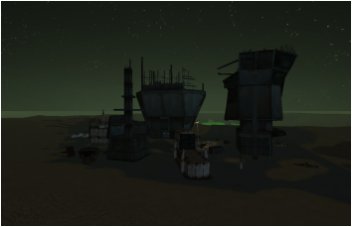 However, people go to the ruins to bring down borgs, not just for xp but for the armor they sometimes drop. If I could, I'd remove all the mobs in the building and replace them with borgs. The more the better...why you ask? it's so popular that sometimes 2-3 teams argue over it and Kill-Stealing is becoming more common there. By having an alternative it would give teams the choice of going into the building instead of trying to KS another team. Also expanding the area of mobs around the ruins would also work.

There is a second building which seems to be open, however when I tried to enter the old error:

Some of you vets know this error quite well, it's an old bug which was mostly fixed, I guess they missed this area.

The ruins are at the end of the Mort Crater, now when we travel into the middle of it we find the Sentinels HQ. Which in my eyes...not much of a headquarters. A few sents walking around, nothing that say "omnis, don't come here or we'll kill ya!" in a big way. I think adding a few 220 sents and maybe 1-2 level 300 officer would at least make it a respectable HQ (at least from an in-character pov). 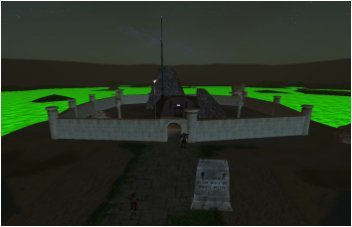 Now the building can't be entered, which is a shame, because it's a perfect place for a sentinel quest (yes I know there are sent quests from their Wailing Wastes base, but new ones would be nice).

I would imagine that a reasonable quest would be to transport supplies from their WW base to their HQ, or perhaps retrieve some data from an omni outpost in OT territory and bring it back to HQ, or just the good ol' assassination mission (which fits with the sents way of life, kill first ask questions later).

Another thing is that adding a few NPC's with a more clear background on the sentinels and their leader Simon Silverstone would be nice. 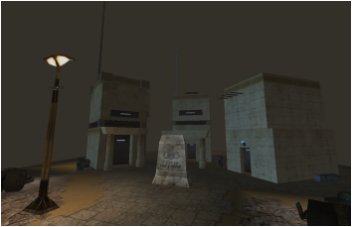 A bit northeast from the crater is a small sent outpost with 3 shops, Basic, Superior and Advanced Weapons. To be honest, the basic shop just doesn't belong there, nobody that reaches the outpost will be so low level that he will need to use that shop. By having Superior, Advanced and a Fixer/Trader Shop things would balance out a bit better. Another thing I notices it the fact that the outpost has no guards, very un-sentinel...adding 2-3 would make it look a bit better.


The outpost does have a grid with 3 nearby building. One appears to be for missions, another gave me the same error as the buildings in the ruins and the third (the largest one) you can enter. The mobs inside are around 140-150, mostly humanoid mobs with a few borgs in the mix. A sent outpost with a building occupied by hostile mobs...doesn't make sense....sents don't share turf (ehem, Tir), they even have the entire place surrounded by a fence.

So there are potentially 2 good buildings that could be used in the outpost for something else. Considering that the shops pretty much cover what players need, so why not add something unique?

The large building could be converted as a sent training facility. You come in and see Sents in pairs fist fighting, others target practice, another running in a circle in a small track. Add 1-2 NPC with the concept of "We're sentinels, we must be prepared to face the omni scum at any given time, for this we train here!", add a rude sent here and there and you have another interesting RK location.

The second smaller building with the error, could be a mission entrance or just a building that was supposed to be like the large one but never worked. Removing may be the most practical option, and placing a few Global Search Terminals in it's place would make the outpost most useful to those who hang out there while killing borgs.

Oh I almost forgot, Elmer Raag is located between the ruins and the outpost, this NPC has always claimed to do experiments and it was MP business, so why not make an MP-specific quest out of this NPC?

Traveling straight east there will be a few terraformers in the area, if you don't know what it is, the image below should enlighten you. 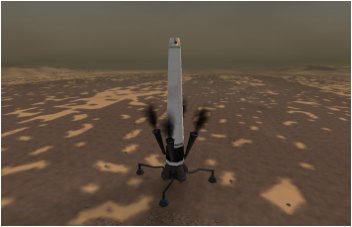 This is what (my guess) turned the desert world of Rubi-Ka greener...don't take my word for it, just making a guess. I would imagine at least a dozen of these would be in the desert zones....but in Mort, only 5 in the whole zone (including the one inside Hope) ...I guess that's why there is a ton of sand.

Heading north I find an old camp (3256,1442), where Mr. Clan Advanced Attack Trainer sells a few trinkets which more or less...are useless like Aggression Enhancer, MA attacks, Cloaking Device, Deflection Shield, Flurry of Blows. Now when I say useless, I mean the QL level, they are the same as Basic Shop, in an area which is clearly NOT for low level players. Even though the NPC has the description 'Advanced' he may as well be Clan Basic Attack Trainer!

The easy fix, have him carry items which are higher QL that fits more with the zone (advanced/superior).

Traveling north and a bit west we reach the clan outpost of Hope which has the ONLY bar where you can actually have...a bar fight!

Believe it or not, killing Mack the 180 bartender will be easy compared to the fact that Bonzo is a 160 female MA with a huge damage shield, expect your health to drop by 1000 for each time you hit her. And their...bathroom is far from the norm, neither are the decorations which are full of bullet holes. 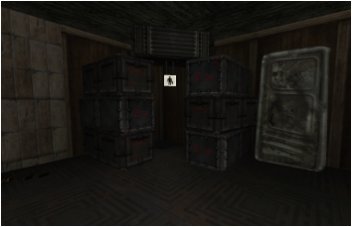 The thing that bothers me a bit, is that this fun PvP free-for-all spot is rarely used even though it's a few seconds away from a whom-pah. Perhaps adding a more visible sign outside like "Beer and Booze, come for your daily bar fight right here punk!"....or something to entice PvP'ers to go nuts with their friends in there.

Mind you I'm not really into PvP, but who wouldn't like to be in a virtual bar fight? come on!

Zoftig Blimp is in Hope as well, selling his headgear, and I think he needs to upgrade his stock a bit. For example, he sells the Original Mentor's Straw Hat, how about the Original Disciple's Straw Hat? after all the hat obviously was made for MA's to have fun with. The shades he sells adds +1 to sense, intelligence and psychic separately, what about strength and stamina? would be nice to have another 2 shades of different color to use for social occasions.

Heading north-northwest there is another camp (2398,3133), this time a Miss Clan Advanced Quality Pharmacist is there selling medical supplies, guess what? she should be named Clan Basic Quality Pharmacist. Different camp, same problem, so the solution I suggested before applies here as well. 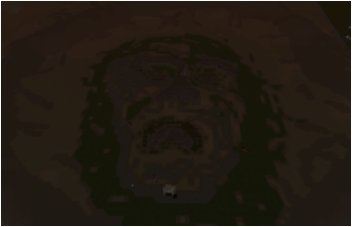 Southwest from there is another camp (862, 2270), but have no fear! for the borgs own the camp now and they have killed the vendor there for selling such cheap merchandise. Don't believe me? Take a look. 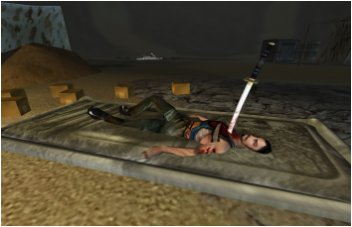 The borgs are level 170-200. A surprise here is that there is an entrance to an underground hideout where there are cyborgs and some other nasty things level 170-200 that will want to take your head and eat it for lunch.

Overall the zone needs an update, at least the vendors and shops since both are quite outdated. The main reason for anyone to go to Mort (besides getting a few buff items from Hope) obviously are the borgs. In my Perpetual Wastelands article I mentioned borg related quests, which would be fun there. Mort I believe would benefit with more borg camps and outposts (like the ruins) rather than adding borg quests (sentinels quests however would make perfect sense here).

The vendor camps are quite remote, they could be moved closer to player city plots to make them a bit more accessible. Adding more terraformers would add to the atmosphere of the zone.

Please remember these are suggestions based on what I would do if I was an AO Dev. Maybe one of them will read this and use an idea or two, I can only hope. Anything can happen in AO, trust me on that.

Until next time Rubi-Ka!


Last updated on 01.09.2012 by Khuri
Article written by Windguaerd
Do you have questions about this article or found an error? No comments yet - Please login first to post a comment.