I think it's about time I write about the places where most of us, new and veteran players go through (specially if you do Daily Missions). Areas were some even call home, because they have a lowbie twink* that pwns everything within. Let's start with the one everyone and their momma know about, shall we?

One of my favorite dungeons, I've met a lot of my orgmates when they started playing AO in front of the subway while org promoting (giving away starter kits containing useful items). If you're a vet, it will bring back some memories with the billboards near the entrance. This place was added to the game in version 14.6 back in November of 2002 and has been improved over the years.

Dovve's Maps, which were the best ones back in the day, Helpbot and Gridstream Productions (which fortunately for us, they are still around). 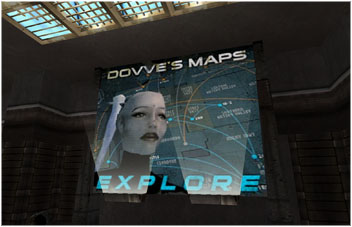 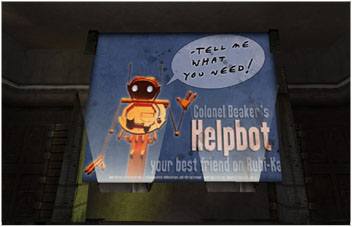 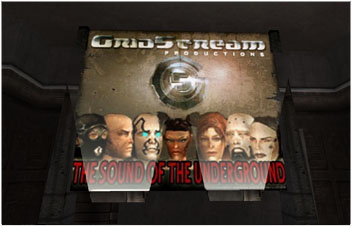 The AG billboard (antiguardians.org) which was the original Omni-Tek organization that hosted what we currently know as AUNO.org, one of the oldest AO fansites which is still used to this day. What is funny but very few will understand, is that there is a sign which reads "Banned by Omni-Tek" on top of the billboard representing an omni org which disbanded. 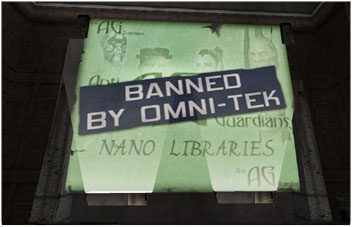 As much as it does bring back some memories to myself and a handful of others, it could easily be moved elsewhere for historical purposes like the Arrival Hall which some in the community want back into the game. 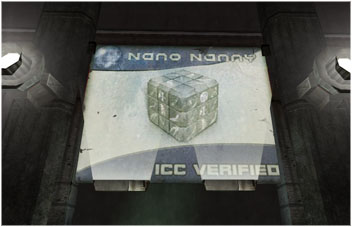 Same goes for the Nanno Nanny billboard, great flashback for us vets, but very little meaning for new players since other sites like AUNO and Implant Helper are more up to date and heavily used.

Maybe some new billboards should be considered, to represent sites more current, it shouldn't be too hard to know what are the most popular AO fansites (including AO Universe of course).

As you get deeper into the subway, you even find quite a large statue of an Atrox, no clue who he is since there is no signage to even give a clue as to who or what he represents. 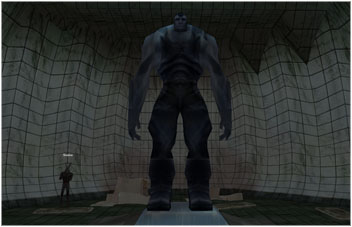 This could be a nice opportunity for the Devs to make a small lowbie quest related to this statue explaining it's existence.

The first boss you'll encounter is the Strike Foreman, it would be nice if the droprate for his Boots of Infinite Speed were increased since I've never even seen it drop in the many times I've killed him. What would be really nice, is if he would have a 100% droprate on a full Med Suit set which is crucial for any characters all the way to lvl 220. Maybe even have all subway bosses drop it.

Currently you either need to have a friend who is omni or roll an omni character and transfer it over to your neutral or clan character. On occasion this aspect of the game has given a few enterprising players the chance to make some credits by buying in bulk and selling the sets to another faction for a nice profit.

With one, or all four subway bosses dropping a single set, it would still be viable for those who wish to sell them while giving players the opportunity to pick up something which is very useful over the long run, early on.

Before you get to the "subway platform" (if you see Slum Runners near tracks you're there) you may find yourself running down a very long tunnel which is a dead end. No mobs, no NPC, just a train crash site and a "Transport Access Terminal" which usually teleports you to another part of the game, but here, it seems to be just a decoration since you can't even click on the terminal. It's a perfect place for another mob boss, or quest. 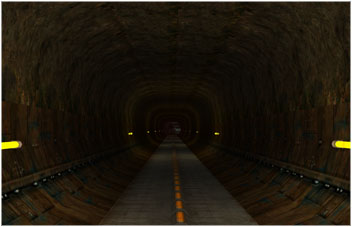 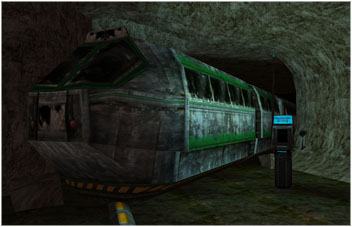 From the "platform" you can run down a tunnel which leads to the deeper part of the subway. Going past the Infectors you'll run down a long set of spiral stairs and part that there will be plenty of mobs to keep any player occupied. This is one of the things that I like about the subway, you can go and play non stop from start to the very end of it.

After you pass the Melded Patterns that have a campfire there is a "bridge" of sorts, between two doors. This is where I've heard new players... fall and die because they don't know the way out from the point they fell at. 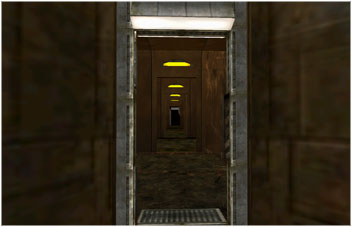 Vets use it as a shortcut. I think if invisible "walls" were to be added to each side of the bridge except at the very end so a Vet could still use the shortcut. It would lower the chance of a new player falling, getting lost and maybe dying in frustration.

Past that, there is a small set of stairs, which if you run down works fine, but if you run up the stairs you're stuck at the edge of it. You have to jump to get to the top of the stairs because there very last step up does not line up with the floor above as you can see in the images below. 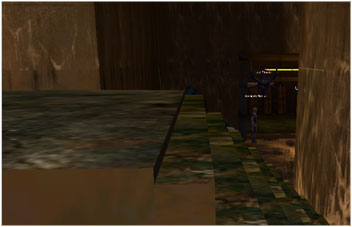 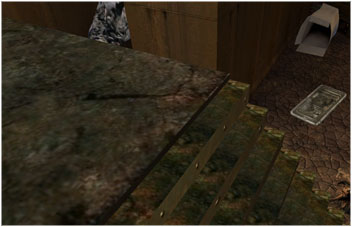 If you get into a section that resembles a cave you get to have some face-to-face time with good ol' Eumenides who has a chance to drop a Ring of the Nucleus Basalis. Here is something I would like changed. Have the ring drop 100% of the time for Eumenides, Vergil Aeneid and Abmouth (the other two tough bosses in the dungeon) because it's just one of those nice lowbie items everyone uses.

They also have a chance to drop the Belt of Justice which I really think needs to be modified. Remove the token requirements, and add the option through a tradeskill process to "hack it" so it can be used by an omni player. Actually, once hacked it would be funny if it was renamed to "True Belt of Justice" since it would fit the image of the corporation, heh.

Vergil Aeneid is a tough opponent for new players, a nice challenge, but for vets, not so much and I think he is perfect that way.

Abmouth is also a boss which seem good as-is, he is a challenge for players and it will be a throw-down you won't forget if you win or lose. What I think could be improved, is that once you're deep enough to see the final boss, there is no fast way back to the entrance like with Biomare (a.k.a. Foremans).

I think adding an "emergency exit" somewhere in Abmouth's room would be a nice addition, you can decide to take him on, or go back. There are plenty of reasons a player would use that option, if you need to log at the start of the subway but don't have the time to run all the way back, to avoid training others, dual logging, etc.

In part 2 of "Lowbie Love" I'll be talking about the place we all love to hate, the Temple of Three Winds.

*Twink = A character which has unusually high equipment that takes a lot of game knowledge, time, effort and items to make.


Last updated on 02.23.2012 by Windguaerd
Luis Odicio
Do you have questions about this article or found an error? No comments yet - Please login first to post a comment.