We are excited to share with you an interview with a slight twist on the "normal" theme we have had for our interviews over the last few months. This month, instead of spending time with a Developer for Anarchy Online we are interviewing a long standing member of our community who has been on an internship with the AO Dev team.

The man in question is Vhab. He finished his internship with Funcom at the end of January... Kintaii then suggested that he might be a willing candidate for me to approach.

AOU: To put it all into a nutshell, not only have you been an active player of Anarchy Online – but you have also been an incredibly active contributor to the community with 3rd Party tools and resources… as well as more recently completing an internship with the AO Development team. Your first days in AO must seem an eternity ago! Do you remember your first steps on Rubi Ka?
Vhab: I got lost... a lot, and that was just in the backyard. My monitor was semi-broken; displaying only half the brightness it should, so I was pretty much unable to see anything during the night in AO. It took me several days to muster up the courage to leave the backyard, which back then actually felt pretty big. Night vision goggles ended making me actually able to play the game.

I also learned targeting the guard and typing "quickcash" didn’t have the expected result.

AOU: Do you remember what it was that gave you the kick-start to start developing 3rd Party tools?
Vhab: Before AO I was quite into scripting IRC bots, so I was quite surprised and curious when I learned about Helpbot. The owner back then explained to me how it worked and I was sold.

Later on raid bots did the rest to motivate me. As evil as they are, they’re really fun to make and maintain. It gave me a huge audience to work for.

AOU: Did you ever think that when you were working on your bot back in 2005 it would have such an impact on the community? Also, did you have any idea back then that you would get as involved as you have done?
Vhab: I had no idea. I'd guess I was just there at the right time and stuck around while the developer generation before me slowly moved on to different projects and games. 3rd party development was just my way of enjoying Anarchy Online the most.

AOU: What is it that drives you to keep maintaining and developing tools and resources for the Anarchy Online community?
Vhab: The community itself is what drives me. As much as some people can act like raving idiots, it's still for them. A single 'thank you' is what makes it worth it.

AOU: How did the opportunity for your internship come about?
Vhab: I'm currently following a 4 year bachelor course as a game programmer in the Netherlands. This resulted in me cutting back on most community projects quite a bit due to the work load. Then while casually talking on IRC about my upcoming internship phase, Aythem actually suggested I should try FC.

She gave me Means' contact details, having nothing to lose I just sent in a letter and resume. Before I knew it Means called me on my home phone (freaking me out in the process, not every day you talk to AO's game director) and informed me he already knew me from my nickname.

A bit of luck got the ball rolling and my community projects ended up sealing the deal. I really got lucky as Means had to fight his bosses quite a bit to make it happen.

AOU: What was the reaction of your family and friends? Had they any idea of how involved you had already been within the community and the connection you already had with the game?
Vhab: Most of them know about my involvement with the community (read: I won’t shut up about AO). But I did manage to surprise them quite a bit when I told 'em I'd be gone for 5 months to Oslo. I believe the most common reaction was along the lines of: "will I fit in your suitcase?quot;

AOU: Were the members of the AO Dev team good to you?
Vhab: Absolutely. I had a blast just being there. And not just the AO team, I've met quite a few other people from the Oslo office. I wish they hadn't moved to Canada so I could drop by more often.

It was a bit intimidating at first how tight knit the team is, but they made a great effort to feel me right at home. Even now I’m back home I keep automatically saying "us" instead of "them" when talking about the team.

AOU: What did you do during your internship? … hopefully your answer to this doesn't explain how long you had to make tea for (or the beer run)?!
Vhab: Aah, the question most people were waiting for I guess.

I worked on what I called "the login replacement project". It was very briefly and vaguely announced in FWM a while back. 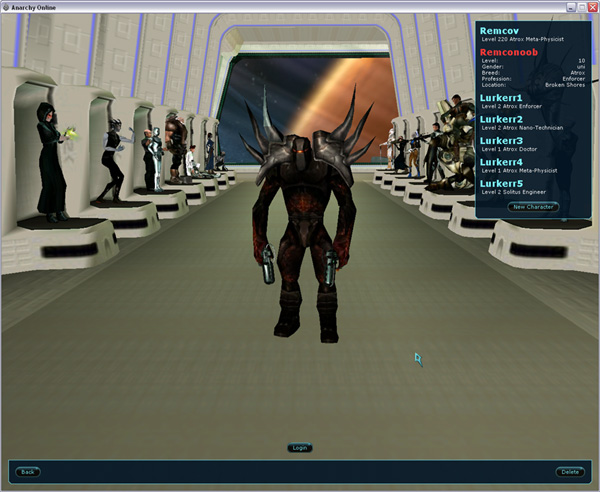 The project was absolute insanity as the game client was never designed to do this (I tried jumping out of the window, but turns out we were on the ground floor). But we pulled it off and the result is awesome.

I also worked on the art exporting tools and various 'small' things like bug fixing and minor features, with emphasis on small. Most bugs are 2-3 lines of code to fix, but they also take several days of debugging to track down. AO is a giant beast you certainly don’t want to rub the wrong way.

I included another screenshot with a new feature I sneaked in because it’s a feature I'm quite fond of myself in other games. I'll leave it up to the readers to spot it. 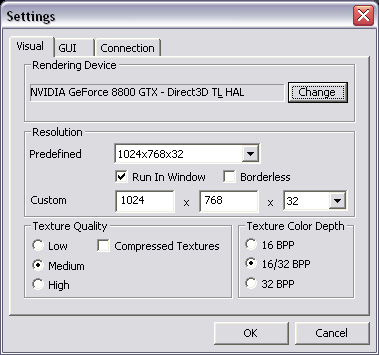 Can you see the new feature?

Ooh, and a few people may spot I made some t-shirts and placards during the Halloween update, just for the hell of it.

AOU: It is always interesting for the community to hear more about the dev team as actual real people – however much some people moan about Means' personal updates – to a lot of people it is valued to get that "real" feedback. Are you able to share any anecdotes from your time on the team? Does Kintaii talk as much as he can post?
Vhab: Kintaii won’t get the chance to be talkative; Means has a gift for talking. FC gave Means his own office in Canada, not for his sake, but for the sake of the rest of the people on the floor.

Flaptoot keeps a very large collection of rubber ducks around the office. Even the watering can is shaped like a duck. Genele will often state she’s "ducking the plants", which is one of the few moments she’s not armed with a blow up hammer. But it's okay; there are some nerf weapons scattered around for defense.

The team is just a wonderful collection of completely different personalities that work together. With a team this small, everything is really interactive. There’s no walking up to a different office, it's just roll your chair in the right direction and ask someone what you need to know.

AOU: You have been known to be quite vocal in the (vhabot) forums, did you have to tone down your public persona after you became an intern?
Vhab: I met Anarrina during the fan event just before I started my internship; let's say she gave me a good verbal whack to the head. Means and Kintaii didn’t need to say anything. Initially I also decided to keep it a secret from the community, but that turned out a bit hard to manage.

I do keep a lower profile now and moderate myself a bit more. Trolling will be bad for the team and worse for my conscience now I personally know the people that will have to clean up after me.

AOU: Do you view Anarchy Online differently now you have completed your internship?
Vhab: Quite a bit. It's much more personal for me now. Before it was a game where I was part of the community; now I feel part of the game itself. Knowing there’s some of my work in there that thousands of players can enjoy is absolutely amazing.

AOU: Has your perspective on the bots and other tools changed? Have you perhaps got any new ideas for your resources?
Vhab: Surprisingly not that much. I believe the community has most areas covered. I did sneak a peek at some of the AO code I reverse engineered to see if I did it right.

AOU: Given a chance, would you like to work full time on the AO development team or would you prefer developing new game?
Vhab: Probably the latter. I absolutely loved working on the team and I really wouldn’t mind doing it again; but as I’m still young I’d like to learn as much as I can and push the boundaries of technology. Working on AO wouldn’t let me do that.

Funcom is certainly still on my list though. The work they're doing on the Dreamworld engine is absolutely amazing.

Thank you again for your time, Vhab!


Last updated on 02.28.2012 by Khuri
Article written by Ukblizzard
Do you have questions about this article or found an error? No comments yet - Please login first to post a comment.