Feedback: Feedback-Thread
Note: For this questline, you will need 35 Fragment of the Source and 6 Insignia of Vanya. If you are doing this in a team, then only one person needs to collect the 6 insignias. You can choose whether you want to collect these parts before or during your quest. Most mobs seem to have a decent drop rate of fragments and insignias, though sided mobs and dyna bosses in Penumbra drop them a little more frequently. 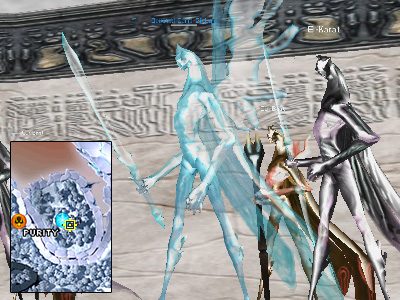 
⇑
Target 1: Auram-Cur
You will find this Unredeemed mob at the entrance to the White Citadel, around coordinates 2984 x 1936. Alternatively you can find it wandering around the coordinates 2226 x 1000 at Penumbra Fortress. 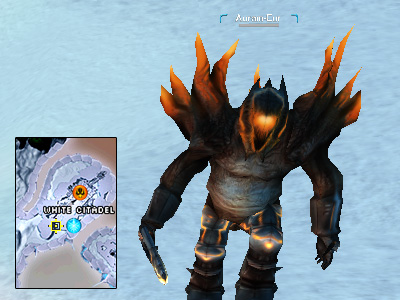 ⇑
Target 2: Cama El - Marked by Vanya
Head north east around the inside of the White Citadel, you should find them at approximately 3130 x 2042. You can also find this mob at Penumbra Fortress at 2219 x 1063. 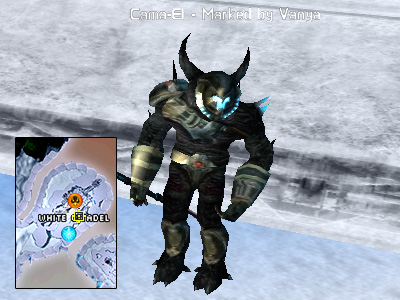 ⇑
Target 3: Rawa El - Marked
This next mob is located at the end of the Unredeemed Village just before the stairs up to the temple. Coordinates, 3178 x 2159. You can also find this mob at Penumbra Fortress around coordinates 2245 x 1102. 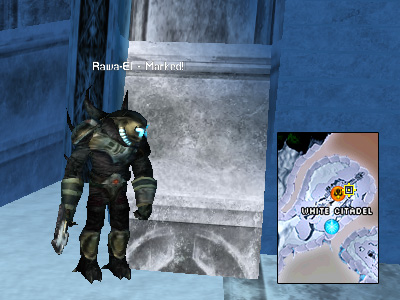 ⇑
Target 4: Coma El - Marked by Vanya
This mob is located quite centrally in the Citadel and like the others, you can also find it at Penumbra Fortress around the coordinates 2264 x 1078. 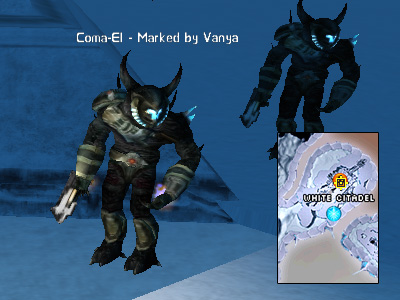 ⇑
Target 5: Craig-Or of Preservation
This mob can be found on the island to the south east of the White Citadel at 3323 x 1678. To get to it, you need to use a lever on a pillar close to the Unredeemed Sanctuary Statue at the White Citadel. This mob should also be found at Penumbra Fortress near the other mobs you have already been searching for, though it is known that the mob gets dragged to enable people to get this part of the quest done slightly easier so it is sometimes quite tricky to find. You can look for it at Penumbra Fortress around the coordinates 2233.0, 1070. ⇑
Target 6: Frosty Rafter - Marked by Vanya
You should find these mobs north east of the redeemed village in the south west of Penumbra, around 1200x450. 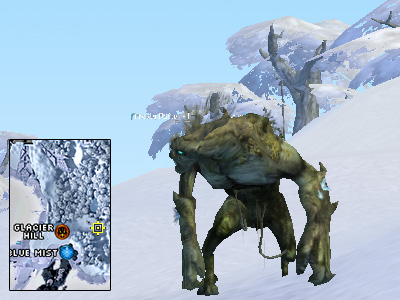 ⇑
Target 7: Exiguous Spirit - Marked by Vanya
For this mob, you need to head into the North West of Penumbra. To the east of the island with the Redeemed temple on it. You should find an opening to a cave (1397x2439).

Once inside, you should find some Corpse suckers-Blessed by Cama (they look like small white spiders). Two of these are flanking a door way the leads down the Spirit we are looking for 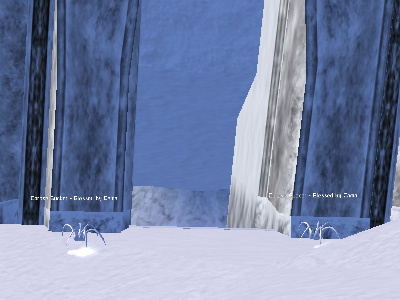 Go through the opening, and you should soon see the Exiguous Spirit. 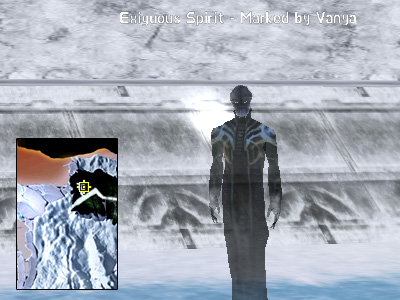 ⇑
Target 8: Taigan Stalker - Marked by Vanya
You are likely to encounter this mob North East of the ravine at 2251 x 787. 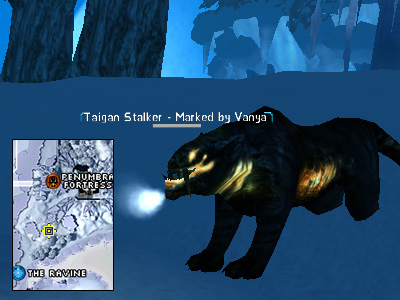 Location just south of the NW Redeemed temple walking along the road(around 860x1975). 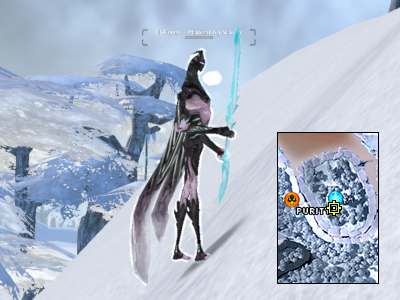 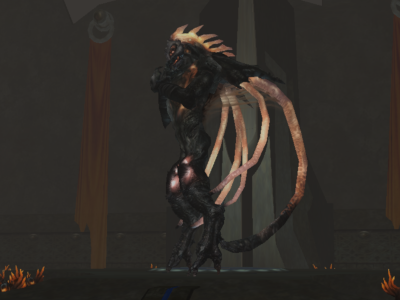 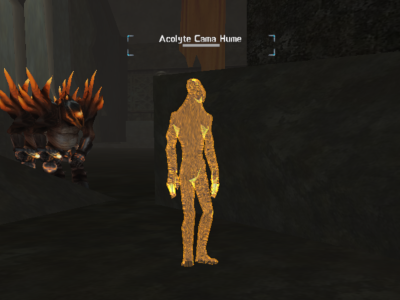 
With this you will spawn Omega Carlos Truhillo: 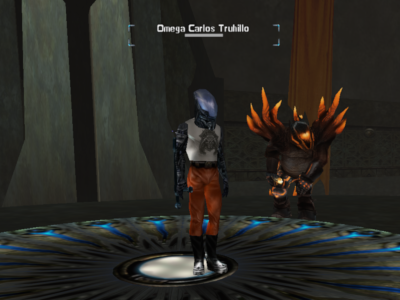 
When you target him, Source Fragment Scanner will be spawned in your inventory.

Note: At this point you can delete all Source Fragment Scanner - Scan completed.


Last updated on 06.28.2022 by Cariadast
Guide supplied by Iamhere/Shadlady.
Images and guide formatting updated by Ukblizzard
Do you have questions about this article or found an error? 7 comment(s) - Click here to view them!