Feedback: Please Login first
⇑
Introduction
The Collector is the endgame single team instance in Pandemonium. It has been designed to be one of the hardest challenge for a high level team ever released in Anarchy Online. The entrance to this instance is located near the portal to instanced Pandemonium, to the right, which means you already need to have access to Pandemonium in order to enter The Collector. 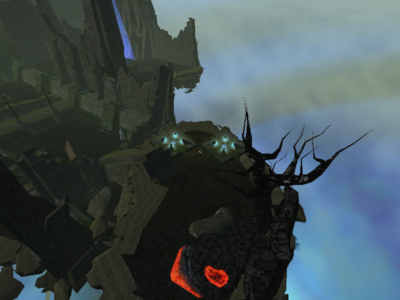 Once your team is buffed up and ready to go, step onto the right altar and you will be warped into the instance and find yourself at the start of the playfield. This instance does not have a lock out and you can repeat it as many times as you'd want.

Inside, you will find 5 encounters of different types (2 bosses, 3 mobs, 1 NPC then final boss) : Collected Essence, Sister Botanicus, Immortal Guardians, The Secretary and finally The Collector.

If you happen to die or go link dead while inside, you can re-enter playfield as long as you want. However, if you all die inside The Collector room, for example, you will have to redo it all ! So may be saving in Pandemonium garden before start is a safety choice ... 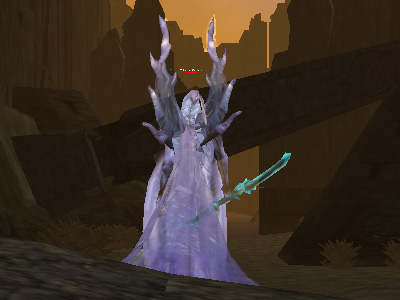 When the Collected Essence is dead, you can start moving to the next encounter. On the way you will find several other Essence Fragments. 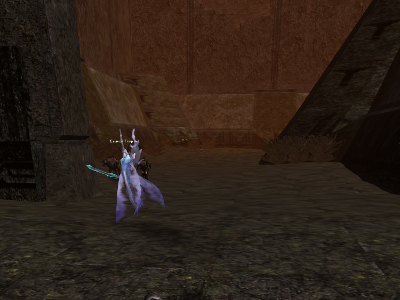 It is up to you to kill them or mezz them (normal calms will not work on these). It is easy to outrun them as well. 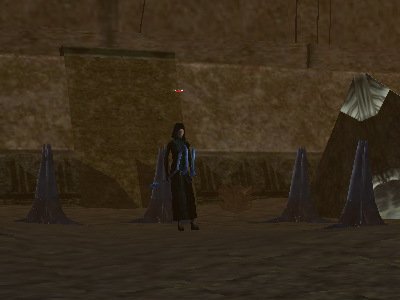 Sister Botanicus among her Orchid Plants.

Once an Orchid Plant is dead, it will spawn Orchid Abyss Sprouts, wich acts like an alien cocoon, on player(s), which last 10 seconds. 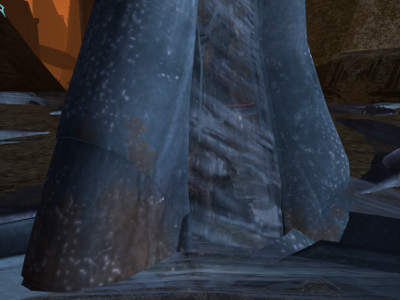 In this short period players are stuned & cannot attack nor heal. Other players in the team can break these cocoons and "free" the player trapped inside by attacking them. These Orchid Abyss Sprouts will not do damage on players, but keep in mind that Sister Botanicus occasionally casts area nukes, so it is important to "free" your healer from them quickly. Keep an eye on Orchid Plants and kill them as quickly as possible (pets are very handy here), while doing damage on Sister Botanicus in the meantime. Once Sister Botanicus is dead, Immortal Guardians will spawn.


⇑
Immortal Guardians
Your next aim is to traverse the three high walls, one wall at a time. At the foot of each wall, you will find an Immortal Guardian. On top of each, you might notice a "hole" being its lowest part. 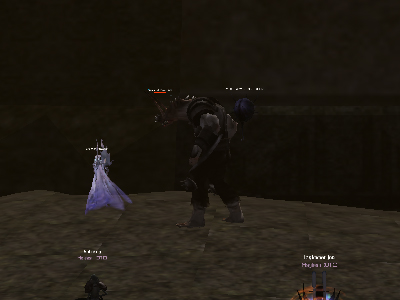 You are not supposed to kill these Guardians, they are meant to kick you over the walls. The best way to do this is to let one player get agro from the Guardian away from the wall, let him chase you till you are about 5 meters from the wall directly in line with the lowest part of its top. As the guardian try to hit you, he will also soon proc & kick you over. Don't worry : the guardian doesn't hit hard and this is the funniest moment of the instance ;) 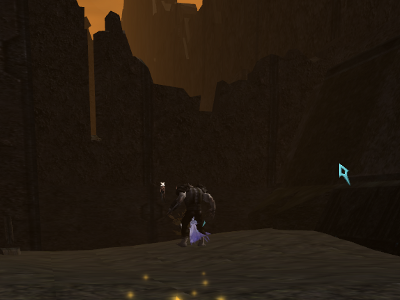 Getting kicked over the wall by an Immortal Guardian.

Take your turns one by one, rinse and repeat for the next 2 walls. It is up to you and your team to decide who will go first and who will go last. Meet with your team at The Secretary.


⇑
The Secretary
The Secretary is a NPC who you have to talk to in order to be warped into The Collector room. At this point it is not important who talks to her first. 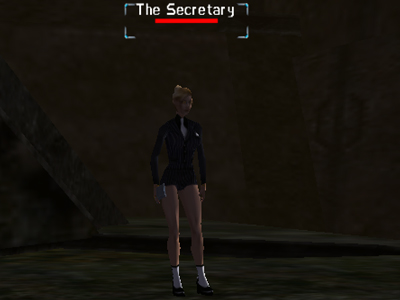 As soon this NPC being spoken to, players will receive temporary perk action "Dimension Shift" which activates a knock-back attack, to be found in your attacks tab (CTRL+2).


⇑
The Collector
Before starting the boss, only one or two person(s) should be given role to use the perk inside the Collector room. It is very important to decide exactly who will be in charge of this "kicker" duty. If you happen to have an engineer, trader or nano technician in your team, remind these professions are ideal to knock-back.

When entering the Collector room, nothing happens until the Collector is attacked. Take a look around, you will see two towers: one with a red fire and one with blue fire. 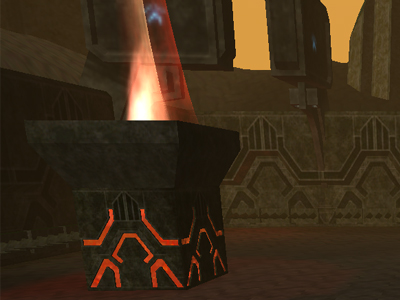 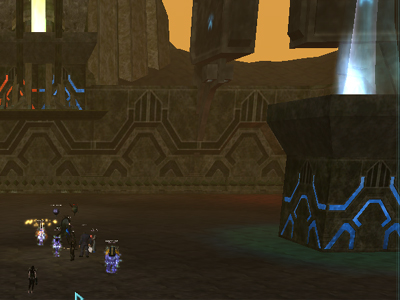 You should also see the Collector and his huge HP bar watching you from up on his ledge ... 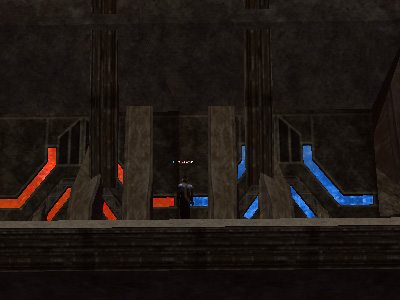 In the center of room (wich is a wrong place to be as healer and/or low HP), the Collector will spawn several waves of Fire/red (healers) and Frost/blue (kickers) shades, and that is the point when your own kicker(s) has/have to get on with this job. Kick blue (Frost) shades into the red tower, and oppositely red (Fire) shades to the blue tower. After two waves with red & blue shades only, get prepared for the next waves with green (Plague) & black (Death) shades in addition.

Unless you've good pulling skills (e.g. : Agg. Enhancer) to pick only red/blue out of the pack, these other types of shades can be mezzed at first, wich will prevent your healer from getting massive aggro. You then can keep green & black shades remezzed frequently, or you can prefer killing them, or let them alone and pull wisely, it is up to you. If you opt for mezz, just avoid any area tool/nano that might demezz them all together ... 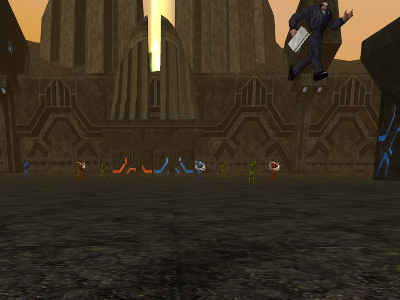 The coloured Shades between the altars.

The Collector himself will knock you back (tank especially) every few seconds as long as a blue shade is alive, so make sure you stay in vicinity of your healer, and try to keep your distance off the deadly walls : these have spikes and if you get bounced into these, you will receive massive damage and probably die. It is also possible for some shades to perform a random knock-back on you. And remind boss will be healed as long as a red shade is alive.

Hint : a proven method is to root/snare the boss (e.g. : Crat's Shackle of Obedience nano, Trader's Legshot perk, Engi's Pet Snare Aura nano, etc) and optionnally let your tank use Lost Eden "Charge!" nano to land at same coordinates than boss and consequently avoid being knocked all around in spikes. This will stabilize the situation in a corner for a good period allowing all team to avoid center & deal damage more easily !


⇑
Loot
Once The Collector is dead, you will find 6 boxes and some random loots in its corpse. Depending on how lucky you are, you may get bronze, silver or gold boxes.

You can expect to receive all sorts of items including some that do not appear in any other ingame loot drop tables anymore, or some belonging to level locked dungeons you might not be able to visit yourself anymore. 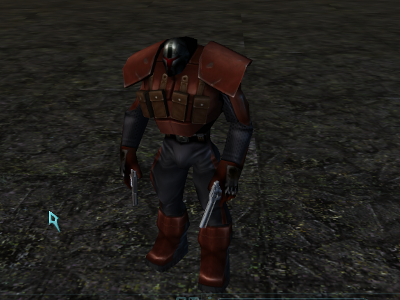 ⇑
Getting out of the instance.
When you have finished looting, look for this portal. 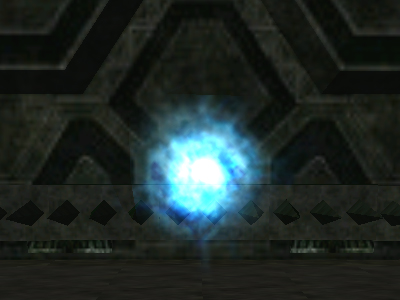 Use the portal to exit the instance.

Last updated on 01.29.2018 by bitnykk
Researchs : Muckota & Shamen
Screenshots : Muckota, Memotech, Ukblizzard
Edits : Ukblizzard & Bitnykk
Do you have questions about this article or found an error? No comments yet - Please login first to post a comment.