Gauntlet is a 5-staged team dungeon intended to offer a new & interesting encounter for high level players; it is essentially an instanced building, on the exception of a public entrance and roof. Therefore it offers the options of whether take time to farm bosses and collect (numerous) items to tradeskill armors, whether enter a race against all other teams to quick kill all bosses of instanced part in order to reach the top first - wich also can benefit whole side (clan or omni) for a day. Let's detail all about this.

To participate any Gauntlet, you must be in Caina (Pandemonium's entrance) on the right timing. So long before that, to obtain an approximation of the next timeframe, you must get there & speak with the following Vizaresh's "ghost" near Inferno's portal: 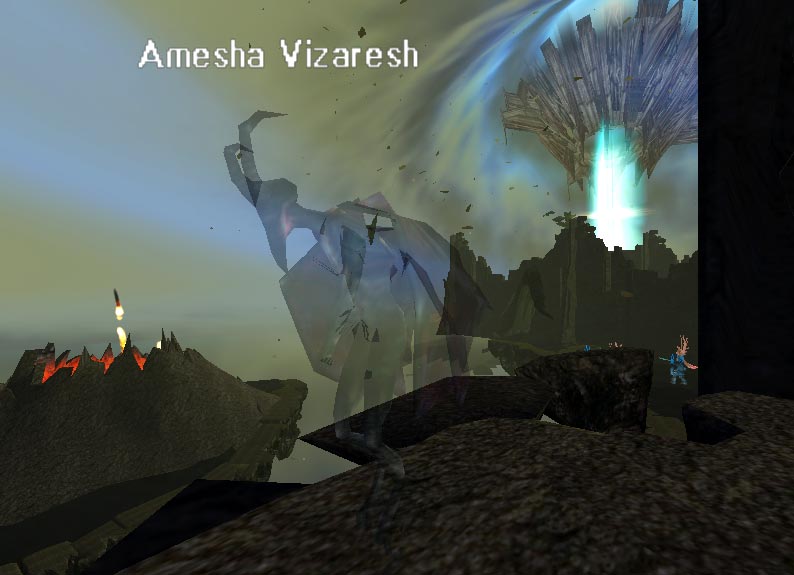 This "ghost" is bound to reveal you the time of his next reincarnation - wich would also be announced server-wide by a chat message: "Vizaresh has appeared in Pandemonium - The Gauntlet will be opened soon!". But to be honest, when you see this message it's generally a bit late to both form a decent team + be there in time, as you'll see below ... hence the interest of having this "ghost" spoken long before pop to be prepared & stand in a bit earlier.

So, priorly informed, you should soon be waiting a nearly incoming pop in Caina, creating your team and deciding which type it would be:
- quick race to the top, spending little to no time collecting regular items to rush roof ASAP ?
- or slow kills of bosses, allowing all adds to pop, farming parts & rolling boss items with team ?
You better set this choice clearly with your team before start !

What composition should a Gauntlet team be ? Minimal is to have a skilled healer no matter if you want do it slow or not, because some mobs inside hit pretty hard. Over that, if you want to rush safer, it's wise to have a good enforcer to concentrate aggro + 4 top damage dealers - unless you really know what you're doing.

As soon as Vizaresh's reincarnation is announced server-wide by upper message, you and other players there have to enter real Pandemonium (non instanced) by killing the classical Zodiac scourge and his two adds after Caina's bridge, passed sided garden rocks. Once killed & entered using blue warp, walk the few stairs going north and turn immediately right (east) using this triangle doorway: 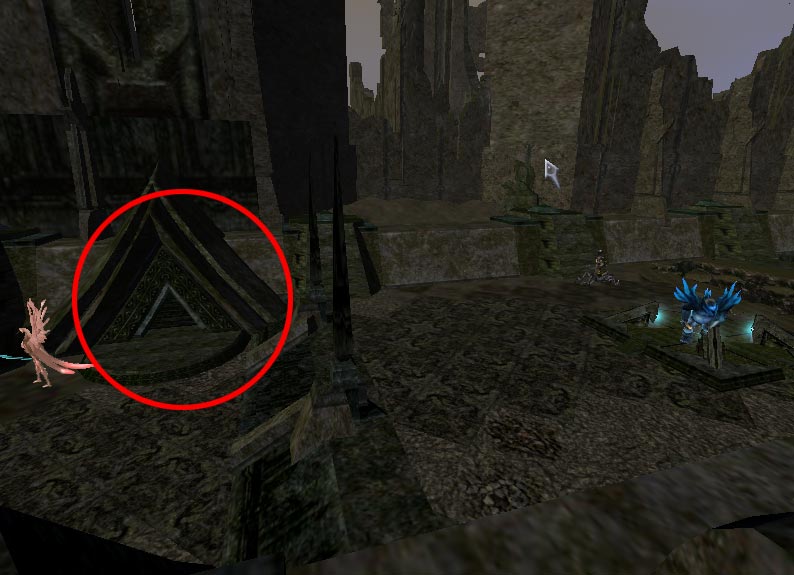 Up in there, go forward and then turn right again: you arrived at location where Vizaresh should be incarnated. He will become attackable about 5ish minutes after the server-wide message, and can die very fast then - depending on all teams damage-dealing. When he dies, Gauntlet's giant blue warp pops right here for a few minutes only, so be there or hurry there ! 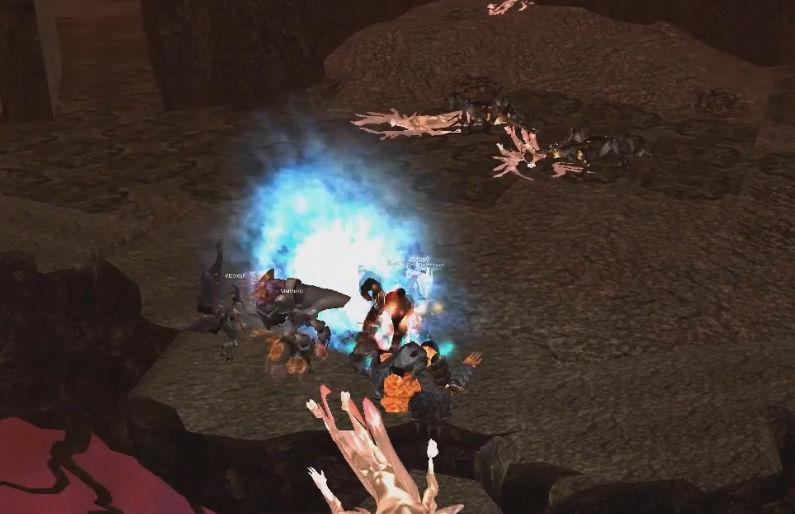 Otherwise you'll miss this occasion & will have to wait next pop (about 18 hours later).

This is time for first lift boss named Sraosha, looking a bit like a redeemed. Don't worry: nothing complicated nor tricky to start with. He can be killed very fast, does not do much damage for a decent tank and has no special effects that should surprise you. His adds (Gannag Menog) have very low health, and also do nearly no damage, so they will go down as easily as they pop. 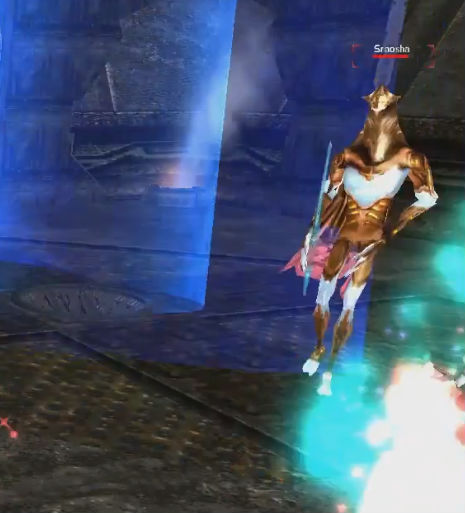 Even though level 1, the adds can drop almost any part needed for armor(s) so killing these adds if you are farming is recommended. If not, the adds do minimal damage so you can safely ignore them entirely and just kill the boss if you prefer to race. If you want to loot the boss, beware not to double-click the blue warp making you go up, otherwise there's no way back to the first lift. Once ready, go for next stage.

Note! When Sraosha dies, the boss on the next floor will start spawning adds so it is not recommended to waste time dividing loot or you may be overwhelmed when going to the next floor. The same is true for every other floor in the instance.

On the second level is a boss named Rashnu, looking like a spider. He is a bit tougher and spawns Xeshm adds. These adds can hit quite hard when there are multiple so it is recommended to kill them if there are more than 2-3. Otherwise if you keep them debuffed you can safely ignore them and focus the boss if you are racing. Be aware though that the fear affect is caused by the adds, so leaving too many up will mean you will be feared more often. 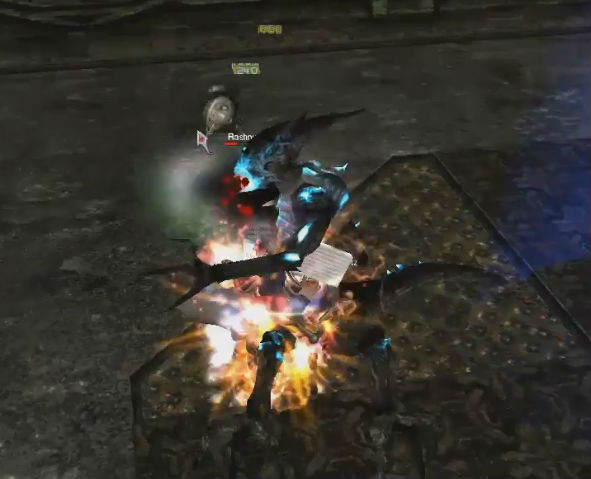 Once the boss is dead, yet again, double-click blue warp only when you're done here.

Third level is a larger boss, Vahman, a green hisii with big sword hitting way harder with more health, using fear and popping adds (Rashk) wich can land pretty bad hits. You'll also notice small braziers on the floors, which will occasionally create rotating fires. Standing in these will cause a moderate amount of damage, but better avoid them because the cumulation of fire + boss and/or add hit(s) could kill mid/low HP members of your yeam. 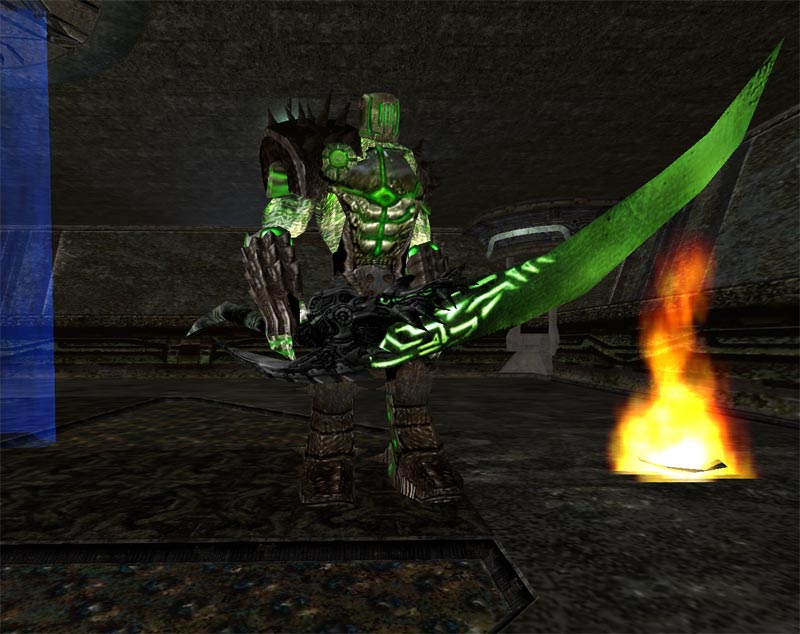 If you don't play too crazy, you'll kill (& possibly loot) all soon enough. But attention: double-click blue warp preferably all together this time, or at least tank first then healer quickly following ...

... why that ? Because next lift, the scourge named Ormazd can be the cause of deadly scares. He, initially, hits very hard (more than a decent doctor can cover), hence advice: don't lift first & alone with him if you're low/mid HP, or you're his instant lunch/dinner (depending time of the day). Just let tank lift & aggro, then team can lend him 1 or 2 debuffs and he will be way more manageable. Note that he will occasionally stun entire team, which will freeze any action for about 3 seconds, including perk & cast bars. 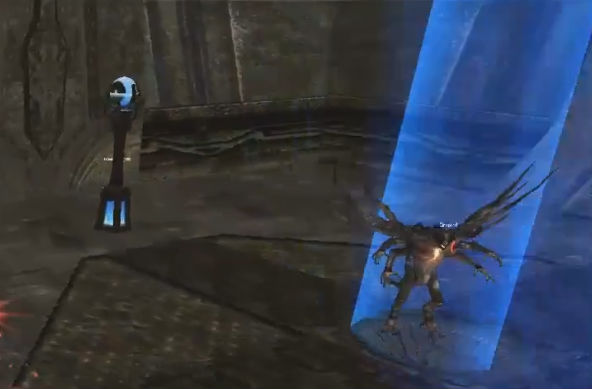 As any big HP sack, it can take a pretty long time to kill him. If your team had any unfortunate death(s) at the start of combat, that can make it even longer. One good idea is to take down the 3 towers surrounding him, to make him easier (especially if you farm items as these towers drop some more).

If you successfully killed, looted and all, be ready to click blue warp, but beware this time it will zone you out of instanced part toward public roof.

If you're the first team up here, congrats: you should be fronting the "Pinata" of Gauntlet, Azi Dahaka that looks like a tree zod, containing already made upgrades (avoiding you to collect the many elements for armors). He hits much harder than the rest of lower level bosses, has high resistance and health, and also benefits of 4 towers assistance. Debuffing the whole roof before starting the damage dealing is a good advice here, but the towers do not have to be killed if you're not interested in the armor parts they can drop. 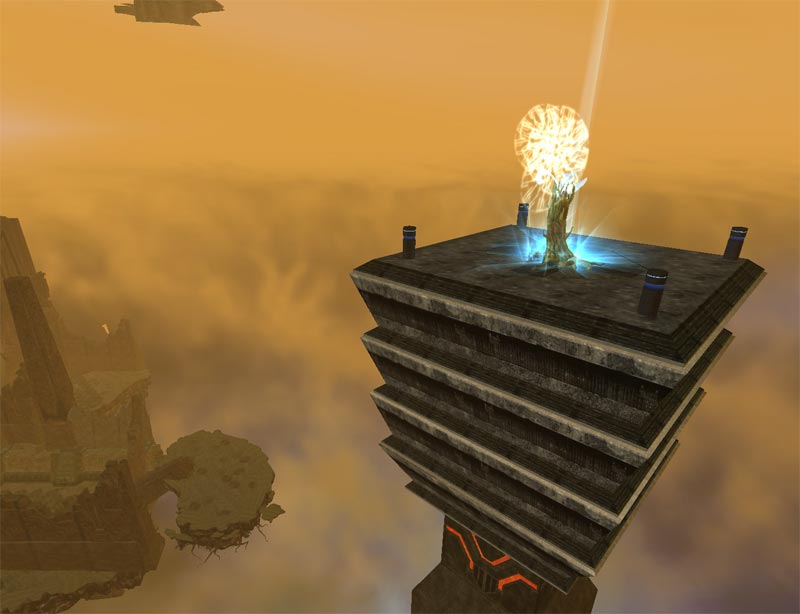 Once the boss is dead, a blue warp is available to leave Gauntlet. If you won the loot rights, you should find a:

If you were lucky enough to loot A Single Strand of Glowing Dark Energy, you can hand it in at the following NPCs: 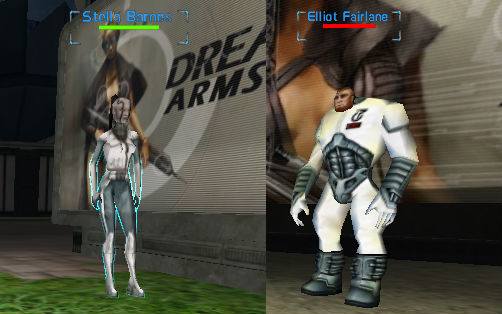 After the trade, the NPC will provide the following buff to everyone of their own side as well as neutrals. Players can simply "offer their wrist" to receive the buff.

During the raid, you will have found many (many many many...) items. You can combine all these together to make some great shoulder pads and a back armour.

The tradeskill process is listed in a separate guide but copied here for your convenience:

Besides armour components, you may have also found one or more NCU Infusers. These can be used to upgrade various NCU items.


Last updated on 11.28.2021 by Saavick
Guide prepared by Notnotnotnod.
Finalized & illustrated by Bitnykk.
Tradeskill processes reformatted by Saavick.
Do you have questions about this article or found an error? 3 comment(s) - Click here to view them!