The journey you are embarking on is long and arduous. You will tread paths dark and dangerous, you will meet horrors beyond imagination and you will witness sorrows that break the hearts of mortal souls...But don't despair and never falter, in the shadow there is hope, in your journey there is salvation and when you reach your destination, the dust of the ages will fall away and the Light Eternal will once again flow into every corner of the world! 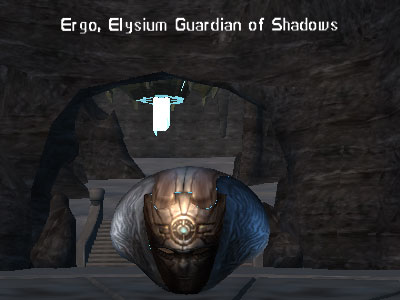 Note: If you are over 80 and have at least 1,001 Guardian Faction, (Kill hecklers for this), you may enter Scheot WITH OUT doing the progression quest. Tell Ergo you would like to go on with out doing the quest.

For the quest itself, the dialog with Ergo is long, however if you decide that you would like to take on the Trial of Passage to get your Caliginous Ring to allow access to Scheol - you need to get to the end of it and tell Ergo that.

He then describes what he wants you to do. Fortunately, The Long One Making Sounds hands you a small note... 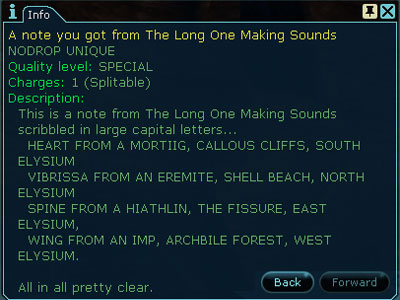 Note from The Long One Making Sounds

So, with your note explaining where you need to go. It's time to get going Master of Light. While Ergo only sent us to fetch a heart from a mortiig, it's pretty clear that you need to eventually fetch all four items on the "shopping list".

The body parts Ergo is after are from these creatures: 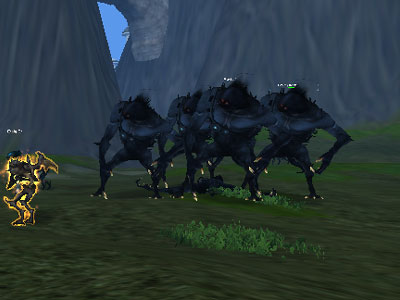 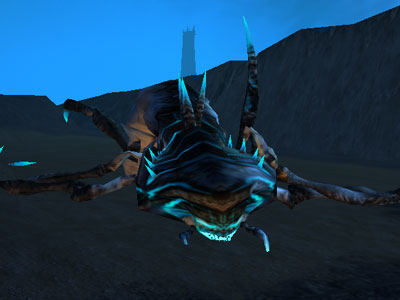 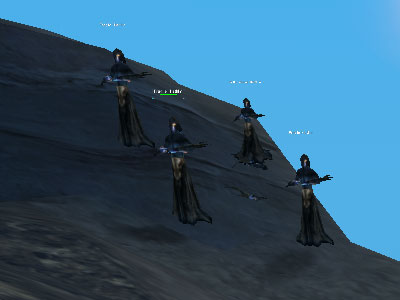 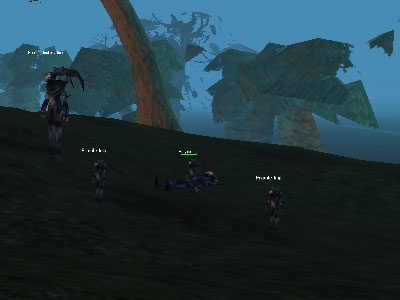 All of the required parts can be looted from a healthy looking specimen. In order to spawn one of these, you need to first find the lost specimen. Killing that lost creature immediately spawns a "<mob> out of nowhere". You should also dispose of this creature. It will then spawn "Another <mob> you didn't see". Don't get bored now, because we're nearly finished! Killing this creature will finally spawn the "Healthy looking <mob>", together with three "Fragile <mob>". The fragile mobs have very little health for a mob their level, so should be disposed of as quickly as possible as they still hit regularly hard. They are nothing more than guards though for their healthy boss, which finally drops the quest item you're after.

So, after quite a bit of killing and some looting of random monster body parts you should be in the posession of the following items:


As soon as you have acquired all these, head back to Ergo. When you hand in all four of these items, he will reward you with a Mark of the Challenger. This will allow you to perform the last part of the progression quest. In any case, when you ask Ergo for your trial of passage to Scheol and hand him back the mark, he will upload a mission to kill the Challenger of Elysium into your NCU. Don't worry, he won't keep the mark. So should you fail this mission, you can always come back later and try again.

At this point, Ergo also gives a useful hint about a nano that can be used to make the boss that is to be killed in this final part very easy. He mentions a nano called Nano Crystal (Bane of the Challenger), which can help you defeat this boss quite easily. In fact, when used properly it does hit said boss for 97,000 points of damage. And since the boss has roughly 100,000 hit points, that means that two or three more bashes, stabs, shots or nuclear explosions should ensure your victory. The only downside to it is that you need to be level 90 to actually use this nano.

For a change, the location you need to head to for this mission isn't far away from Ergo. In fact, it is just north of him, on top of this platform: 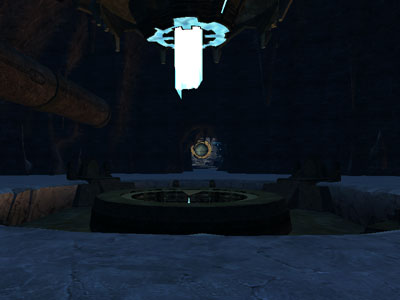 Stepping on top of this platform with the mission active will transport you inside a single floor Shadowlands mission. Your primary target here is the Challenger. Killing all other creatures there gives no benefit apart from the potential loot and experience for defeating them. The Challenger is a nasty looking Heckler (a creature looking like a pile of rocks, if you're lucky enough of not having encountered one of them before). As soon as you have found him, make sure you have your bane nano uploaded and running if possible. This should give you a new special attack available through your attacks menu on the bottom left of the screen.

As soon as he's dead, loot him. You will be delighted to find yet another body part. This time, it's a...

Contrary to its description, the item does in no way look like a pebble. There is also no swirly energy thingy anywhere close by to click. So, I am afraid you will have to just run back out the way you came there. At least it shouldn't be too far!

Back at Ergo, you're now able to boast about your glorious victory over the terrible Challenger of Elysium. Of course, Ergo won't believe you before you hand him the Challengers Tooth, the Mark of the Challenger and your old Insipid Ring. Doing this should result in a rather substantial reward in experience, so if you're trying be a low level twink in a high level area and you haven't done so already make sure to disable all experience gains at this point.

So, depending on your profession, the following table should list your reward for the service you just performed for Ergo:

As Ergo put it nicely, you can do many things with it, including wear it on your right finger. Sorry to those amongst you that really wanted to wear it on your left finger, or to turn it into an earring. Who knows, maybe we'll get these options later on! The other important thing to do with the ring is to left click it and then left click on the small white button embedded in the bottom of the portal ring at the very end of Ergo's cave. 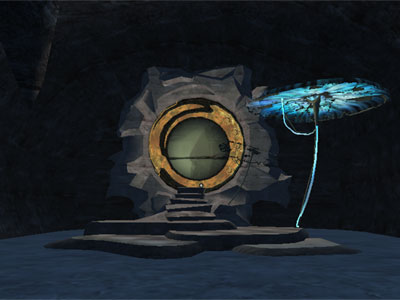 So... allow me to be the first to welcome you to Scheol, the place no sane travel agent will recommend for your next vacation trip! 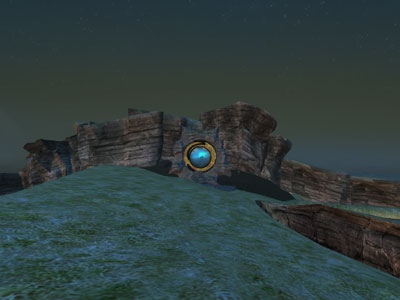 Last updated on 03.16.2020 by Cariadast
Written by Ukblizzard and Uragon
Do you have questions about this article or found an error? 4 comment(s) - Click here to view them!