Feedback: Feedback-Thread
This quest involves the Sentinels Supply Master and his desire to acquire his omni counterpart's log book. He will also offer you Superior Sentinel Armor in exchange of omni armor he collects as trophies.

To find him and start the quest you'll have to head to the
Sentinel's Tower Research Base
Wailing Wastes - 2700x3500
(2700,3500) in Wailing Wastes. You can get there fairly easily if you use the Wailing Wastes Whom-Pah in Athen. 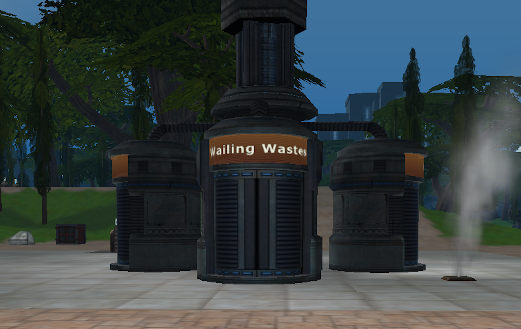 You will find Smug through the wire fence in front of a tall silo like building. 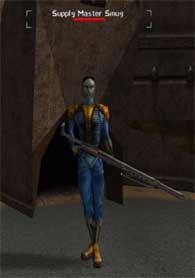 In the course of the conversation with him, he will tell you about a book he would like to get his hands on. He wants you to acquire a book of fencers belonging to
Supply Master Eel
Avalon - 900x1600
who is located at the Secondary Omni-Tek Base (900,1600) in Avalon.

Of course this is no easy task and should require at least 2 well organized teams or 1 team of level 210+. The reward for the book will be the Sentinel Armor Helmet

This base, like it's larger counterpart in Avalon is heavily defended, and has invisible control towers at the entrances which will do serious damage to anyone standing too close to any entrances, the southern entrance is the closest to the General so I advise you use that one to pull him outside the base. On that side you will encounter two level 220 omni officers, Sergeant Janet and Sergeant Rocky so be ready for both of them and the guards with them. The guards are well armed with Kyr'Ozch weaponry. On the other entrance there is Sergeant Brad and Sergeant Magenta who are also level 220. Be aware that there is also a Major Hawking inside the base who is level 232.

Smug also acts as the source for Sentinel's armor. It seems that he has some spare armor lying around and will gladly trade it if you can provide him with some Omni-Armed Forces armor that he can ship to the Vanguards. This can be found from the Omni-Tek Guards and Officers in Avalon, although they are a rare drop.

Speak with Smug and when it comes up select the option that says 'I have found some Omni AF armour', then all you have to do is trade him the omni armour and you will receive a piece of sentinels armour. Here's a list Superior Sentinel Armor that Supplymaster Smug will give you if you trade him DNA-Locked OTAF Armor:

If you wish to complete your set of Superior Sentinel Armor, you will need to speak to High Commander Frederickson, who has a quest related to Supply Master Eel for you to perform if you are up to it.

Let's take a look at the stats for the full armor set: 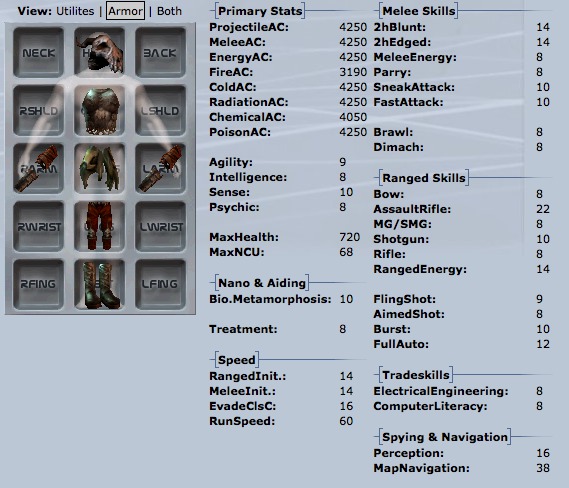 If you're curious what the Superior Sentinel Armor set looks like, High Commander Frederickson is sporting a set. 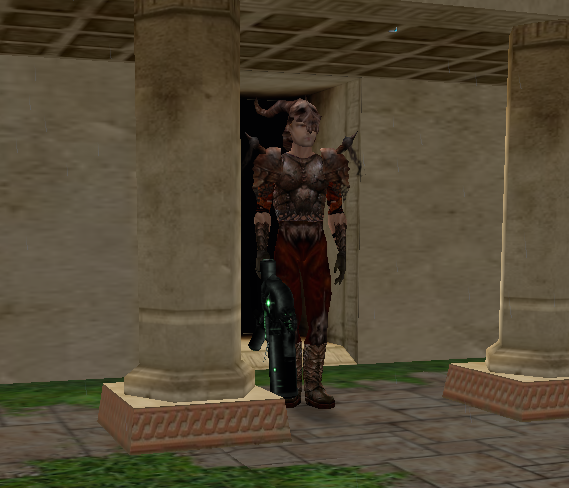 Last updated on 12.25.2019 by Saavick
Information originally provided by Windguaerd.
Additional information provided by Nailbunny.
Do you have questions about this article or found an error? 2 comment(s) - Click here to view them!