Feedback: Please Login first
This is a fairly short mission chain that can basically be done twice every twelve hours. The two main uses of it is to get an improved 1k token board and a decent number of tokens (up to 54-58 tokens). The catch is you're sent into Omni cities to do these tasks, will be PvP flagged once you attack the mobs you're sent after and they like to shout in vicinity. This then opens you up to attack from other players in your PvP range and alerts them of your presence. Fortunately the two cities you're sent to normally aren't that active.


⇑
Starting Out and a Basic Summary 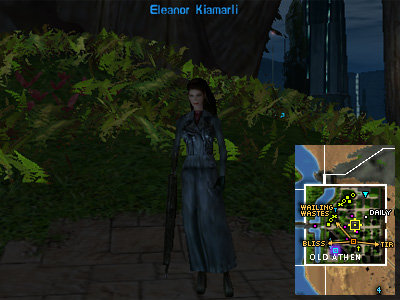 You start out with
Eleanor Kiamarli
Athen Old - 445.4x394.3
who is standing near the big tree on Old Athens hill. She will offer you the choice of killing five mobs at either Omni-Ent or Omni-HQ. After you complete that and return you're sent to kill a single boss type mob and collect a briefcase to be returned. What mobs you are sent after in both cases depend on your level (150-199 & 200-220).

The twelve hour lockout mission you get when doing this applies to just the first part of the mission chain. That allows you to do the whole cycle twice over, once starting at each city. Or if you don't want to/can't kill the boss just the first part at both locations 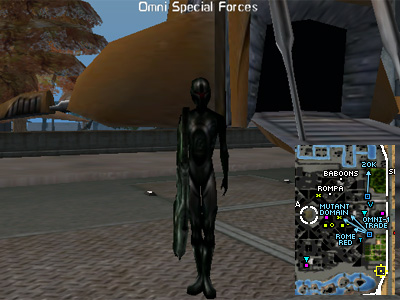 Five Omni Special Forces are your target at level 150-199. 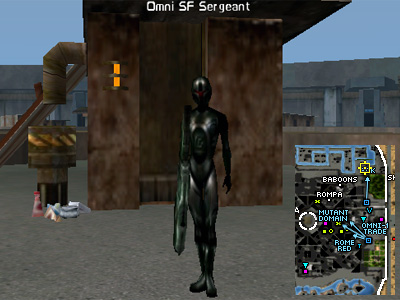 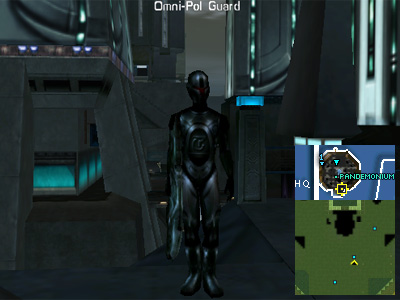 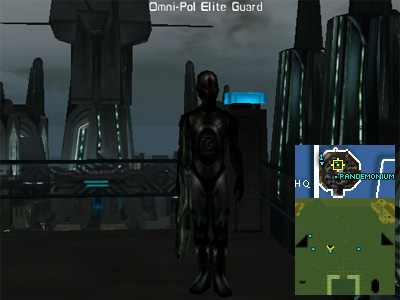 Five Omni-Pol Elite Guards are your target at level 200-220.
Omni-HQ can be rather dangerous, especially if you're in the lower level range. Although the mobs you're sent after in both cases are on raised areas which should keep you safe from the nastier mobs in the area. A simple and safe way to get here is to yalm up, grid to Omni-Ent then enter Omni-HQ by taking the West Omni-Ent exit. There's a zone border way up high as well so that should keep you from the initial trouble you can get into when going to Omni-HQ.

⇑
Part I - After the kills
After you complete your five kills you'll get a new mission to return to Eleanor Kiamarli. She will give you two Battle Award (five tokens each) and your next task. You will also be given a twelve hour lockout mission to keep you from taking part one of this mission chain to the same place again during that time. You can although take part one to the other location if you haven't already allowing you to do the whole chain twice every twelve hours. 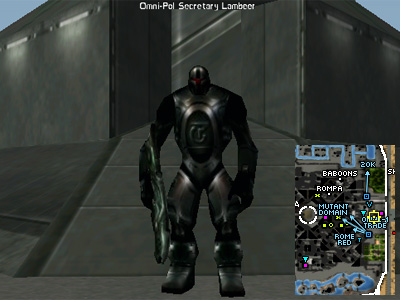 Omni-Pol Secretary Lambeer is a level 200 mob in Omni-Ent for the most part standing on his own but not too far off from a grid terminal and some rather mean Omni guards. If you carefully pull him a little to the East you should be able to deal with him on his own. He has a lot of health but otherwise isn't too hard to deal with so long as you can avoid unwanted attention from higher level mobs and/or players. 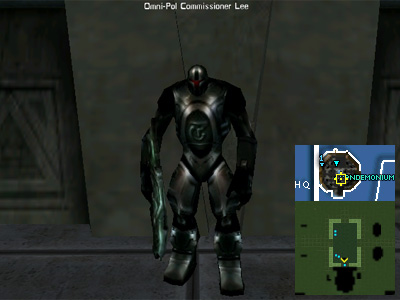 Omni-Pol Commissioner Lee is level 225 and found at the South end of the clearing in the center of Omni-HQ. HQ is crawling with some troublesome mobs but if you calm the local adds and pull Lee to the Southeast some you should be able to avoid additional mobs while you fight him. If you don't have calms some friends would really help. The main concern here are the unwanted adds and perhaps other players attacking you, Lee himself mainly just has a lot of health but isn't too dangerous.

⇑
Part II - After the kill
Directly after the kill you're given two Battle Award (five tokens each) and a return mission. Collect the briefcase from the corpse (only one per corpse) then return to Eleanor Kiamarli again. Once you hand over the briefcase you'll get a Clan Mission Token (7-9 tokens depending on your level), the Clan Merits - Triumphant Double Sun and The Token T-Shirt.


Last updated on 09.11.2013 by Llie
Guide written by Tepamina
Aditional info on sub 200 quests provided by Animamundi.
Special thanks to Viranurse and Shoulderpads for help with Commissioner Lee

Rewritten by AnotherPhoenix.
Do you have questions about this article or found an error? No comments yet - Please login first to post a comment.