This mission can also be cajoled from the Santa Leet. He'll try to once again bully you into dealing with his out of control workshop again. Stand up to him, and tell him You've done that that same mission every year...and he will offer you something he feels is more challenging. 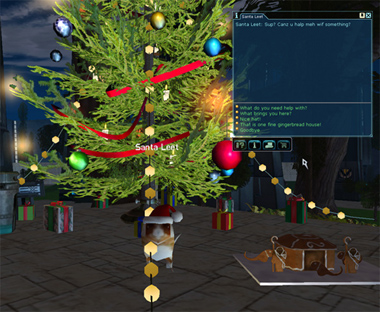 Open a chat with our Santa Leet he will ask you for some help as usual. From there, and depending on how you answer him, can start you on a new adventure helping him control those pesky aliens!

What do you need help with?


After he tries to talk you into the workshop mission answer:

Didn't I save your workshop already?


He will grudgingly agree and then send you off to Penultimate Ditch, in Holes in the Wall. Located just West of Last Ditch in Stret West Bank, its an easy hop from the Whompah there and a run west. 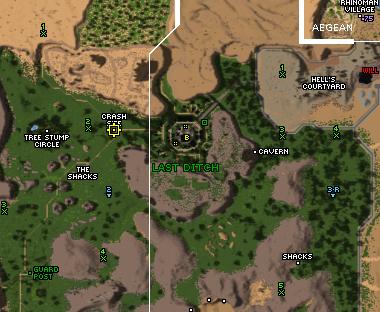 Once you zone into Holes in the Wall you will soon come across a Crashed Alien Ship. 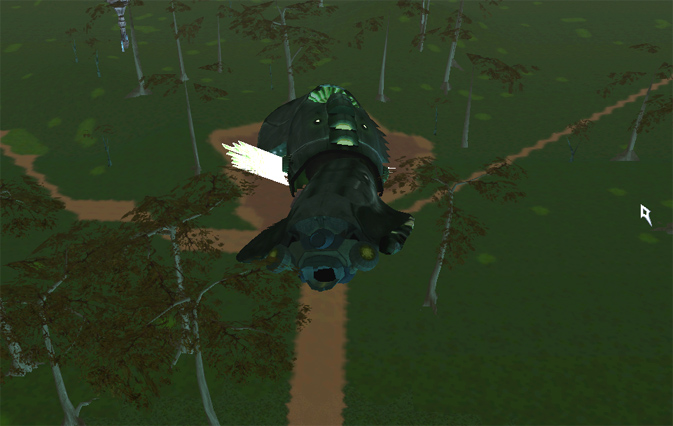 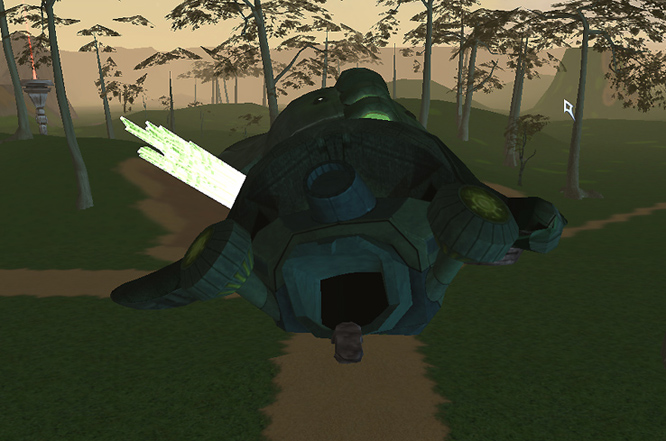 Entering you will find candy and gifts thrown all though the festively decorated alien hallways, which hold enemies at every turn, and on every level. 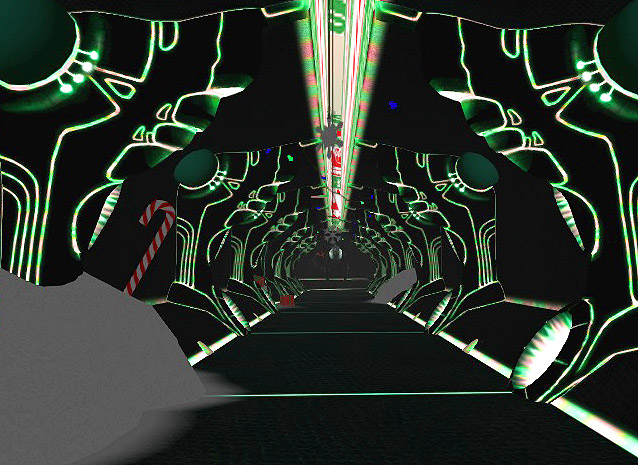 While not quite on the level or in the numbers you'd expect from a normal alien mission, some of the regular mobs you will encounter once inside are Specialists, Commandos, and Heavily Wrapped Alien Infested Gifts. 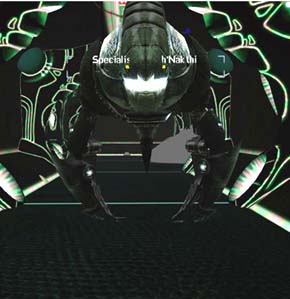 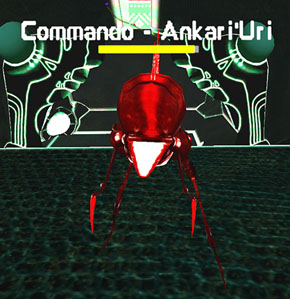 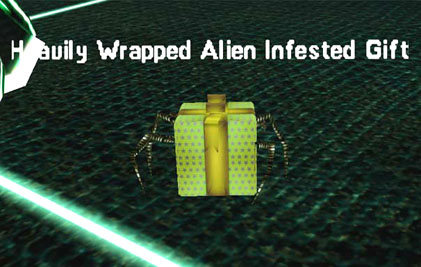 Once you have defeated the enemies on the first level, to reach the next floor you will need to find the level lift. The first floor is relatively easy and offers very little in ways of being defended. 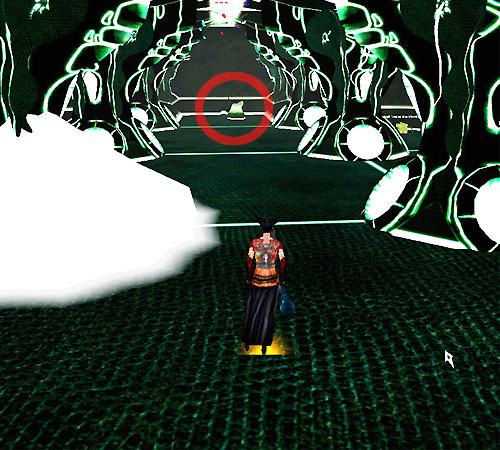 This is the only level that does not require spawning via the death of a boss.

The first boss is a general on the second level.

Work your way through some more of the regular mobs mentioned above, and you'll soon encounter General Iiari-Sinuh waiting at the end of the level for you to test him. He will stun you, throw you backward, and blow you to bits. Keep moving, and he can be defeated. 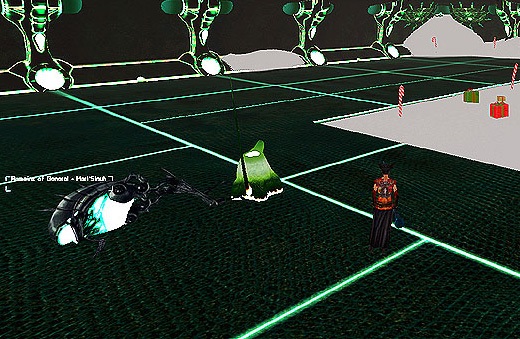 On General Iiari-Sinuh's defeat, another level lift will appear. Before using it, don't forget to check the body for some goodies! This boss carries a random selection of holiday loot. The common loot table at the end of the guide lists several holiday treats you might be able to loot once you chop this tree down!

Using the lift takes you to a hallway that winds downward and holds some more of our favorite enemies to defeat. Once you reach the end of this level you will encounter yet another boss.

This boss is in the more Festive and Holiday form of a Christmas Tree. Don't let that fool you, though. This guy can pack a punch, try to freeze you out, blow you to bits, and definitely send you to reclaim pretty quickly. Watch for the beams of light aimed at you, and stay away from the rising light show, and explosions. Keep moving will also help here as well. Pet classes will find this boss relatively easy. 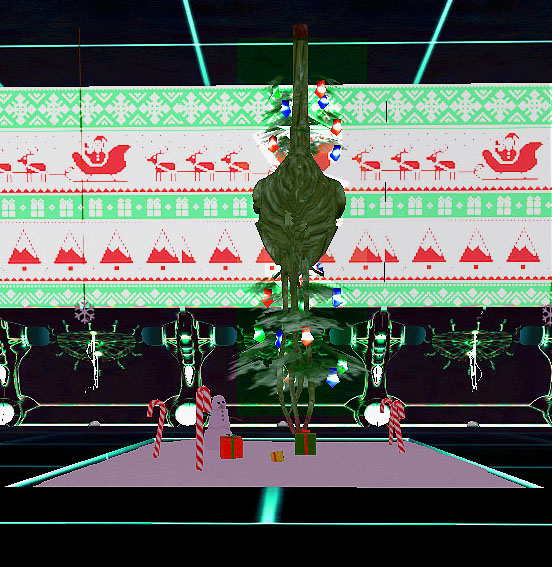 Just like the last boss, this one carries a random selection of holiday loot. The common loot table at the end of the guide lists several holiday treats you might be able to lot once you chop this tree down!

The final level is pretty straightforward forward, and you immediately face your last boss encounter in Fleet Admiral - Skroog'Khazoh. 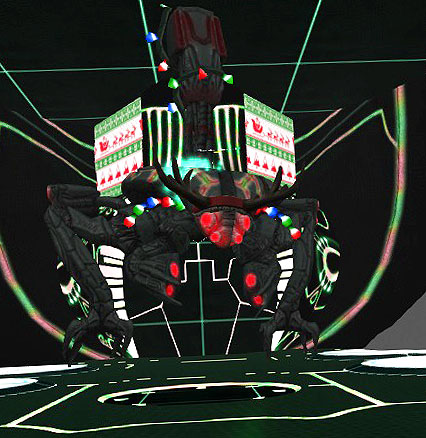 Don't let his brightly lit and festive decor fool you. He's going to challenge you. He can be taken on much like any alien General.

Once you wipe the green alien blood from your armor, make sure you check the general's body. He might just have some holiday treats. If you're lucky enough, you might even find a Skroog's list or a number of other goodies waiting for you!

The present everyone is after though is the hard-won and coveted list that Fleet Admiral - Skroog'Khazoh holds tightly to, and he really doesn't like to give up! You may have to take him on a few times before he's finally ready to hand that over!


He generally lives up to his name, unfortunately, and can be stingy. If he doesn't give up the list on the first, second, or even third try, never fear. This holiday mission can be done every 15-20ish minutes by repulling it from the Santa Leet in your nearest factioned city!


Once Fleet Admiral - Skroog'Khazoh is good and rotting, to leave the mission simply click Teleporter located under his body. This transports you outside of the crashed alien ship's entrance. 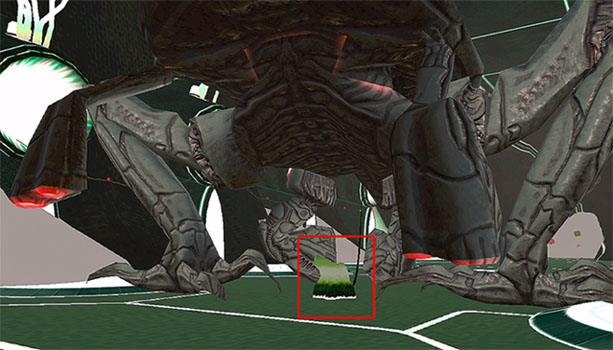 Note:
⇑
(Whispered tones)...
⇑
So, there is a rumor that if you log out inside of Fleet Admiral - Skroog'Khazoh's room after he's murdered, and wait, oh...I don't know, maybe 20 minutes, the Spirit of Christmas Past might take pity on him and reincarnate him. The legalities of this are hazy at best and therefore we must advise you that this is JUST A RUMOR, and we in no way advise this action. Of course, I "solemnly swear that I am not, not up to no good". I think..!

Last updated on 12.29.2022 by Cariadast
Written by Cariadast
Do you have questions about this article or found an error? 6 comment(s) - Click here to view them!