It Came From Below

In the weeks around Halloween, Draculeet and Frankenleet show up in most of the major cities of Rubi-Ka with various tasks for you to do. You can find them for example
near Antiques n' such
Borealis - 690x590
in Borealis. As of recently, they have a new challenge for you.

Draculeet: sup?
Saavick: Do you have anything new for me to do?
Draculeet: j00 no liekz trix or treeetz?
Saavick: We have been playing these games for my entire life.
Draculeet: U wantz challeng3? I haz frand who needz halp!


This will give you a (solo) mission in Uturn Forest. The fastest way to get there is by heading directly south from ICC HQ. Note that Uturn Forest is populated by many Shade-Y44 Fugitives around level 70. If you are low level, you might need some help to safely get to your mission entrance.

After finishing the mission, you get a 20 minute lock-out mission. After those 20 minutes, you may get it again.

The cave is filled with what looks like the ruined remains of a lab. Your mission description says:

You have been given information on how to find and access an abandoned facility underneath Uturn Forest. Its purpose was to research and investigate the sinister happenings around Rubi-Ka. Some of the research has found its way to the surface.

In it you will find various regular monsters and a few lab specimens. They are all around your character's level.

Every monster, including the bosses, may drop Lya's Sangi armour and several pieces of social loot, including for example:

These heal themselves and their allies. 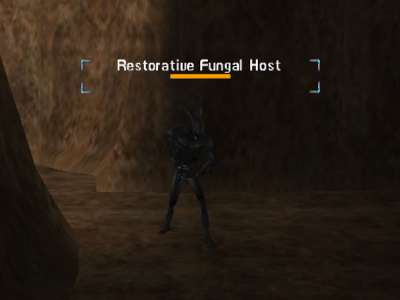 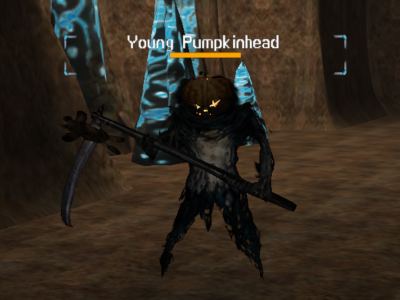 These use taunts similar to an enforcer's Mongo Crush!; it will force you to fight them. 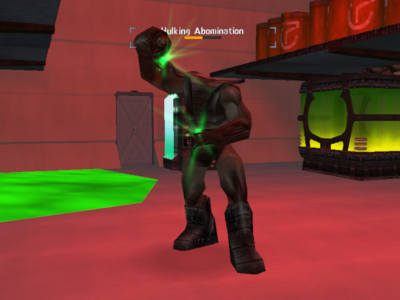 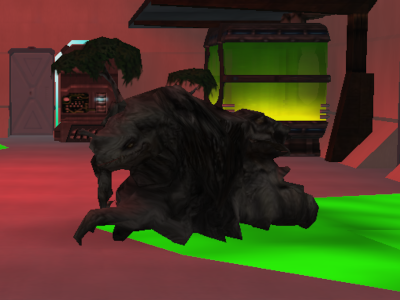 These pull you towards them and stun you a short time, similar to a keeper's Clarion Call. 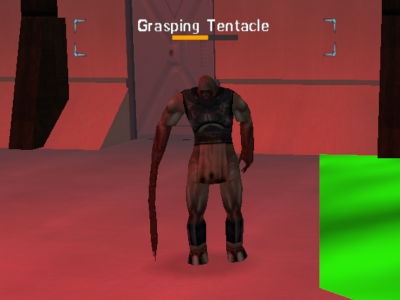 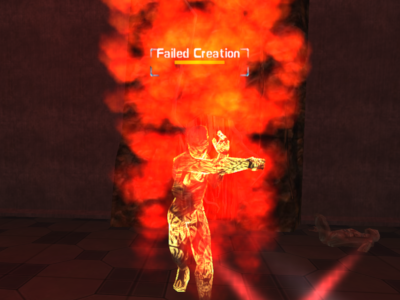 Besides the loot all mobs drop, Failed Creations may drop the following items:

Every boss has a chance to drop the following loot, besides the loot all mobs drop: 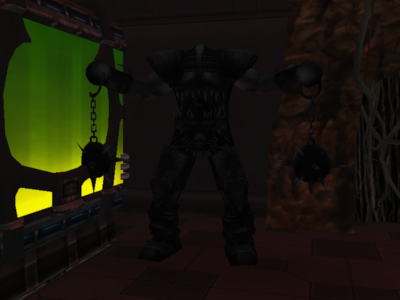 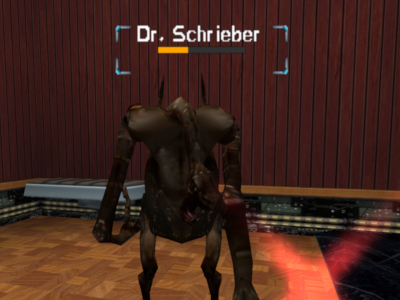 Occassionally spawns Young Saplings, which heal it. Kill these as quickly as you can. 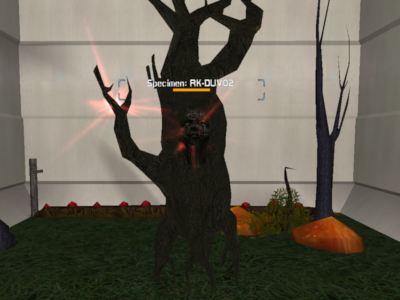 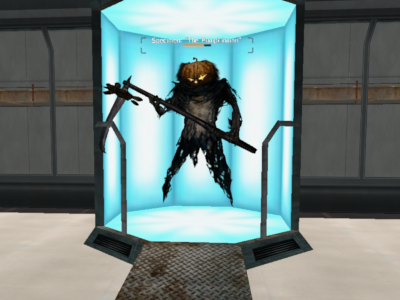 The Pumpkinman may drop the following loot:

Last updated on 10.15.2020 by Saavick
Written by Saavick.
Do you have questions about this article or found an error? 2 comment(s) - Click here to view them!