Desert Nomads and the Desert Rider

Every year in June, a mischievous engineer known as the Tinker shows up at
Stolt's Trading Outpost
Newland Desert - 2235x1585
in Newland Desert. Her mission? To throw a party! A surprise party for the Desert Rider, because it's his birthday. Now the desert nomads have already begun planning a birthday party for him and she has only just started... but perhaps we can benefit from their preparations? She's looking in particular for the following items to prepare something memorable for the Desert Rider:

These items can be found on nomads that roam the deserts of Rubi-Ka, for example at the following locations:


While out hunting for them, you might also keep an eye out for Desert Nomad Armor. They drop it in very wide QL range, up to about 50% above and below their level.

When you have collected a few of these items, you can hand them in to the Tinker. When she has 500 items, she has enough to build a large birthday present for the Desert Rider, which will lure him to Stolt's Outpost. You don't have to collect all these items yourself; everyone contributes to the total.
For each item you hand in, you receive one Tinker Token. When you have collected 250 of these tokens, you can trade them with her for a Vacuum Packed Desert Nomad Armor, which contains a full set of QL 300 Desert Nomad armour. 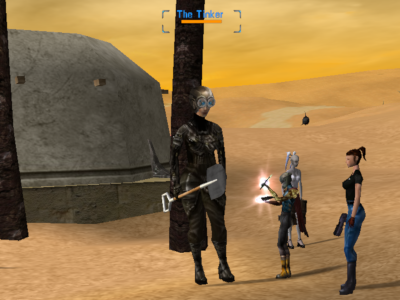 Once the Tinker has built the present, the Desert Rider makes his entrance and this is announced by a serverwide message:


The Desert Rider has arrived! Hurry to coordinates X: 2232 Z:1586 in Newland Desert. You should use the whompah.

The Desert Rider is a nomad, riding a very large desert animal, similar to the Dragon Riders you might encounter in Mort. He is escorted by a few nomads on foot, who are sent forward to inspect the Tinker's present. The birthday present turns out to be trapped and explodes, killing the nomads. After this, the Desert Rider becomes aggressive. 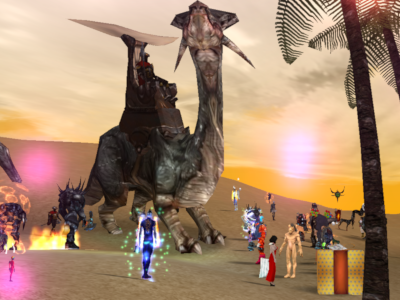 
During the fight, the Desert Rider will spawn Fanatic Desert Nomads, which explode and cause a lot of AOE damage, unless you kill them in time. If you are low level, this may kill you in one hit, so it might be advisable to stay at a safe distance.

After the Desert Rider dies, a large green Gift of the Desert Rider spawns in his place. If you stand close to it, you will receive a random reward. The gift is there for a few minutes. Possible rewards include: (there are too many to list them all)

Note that all of these items, with the exception of the Yalmaha Clio, the Vacuum Packed Desert Nomad Armor and Orchid Plasteel armour, may also drop from the fanatics. 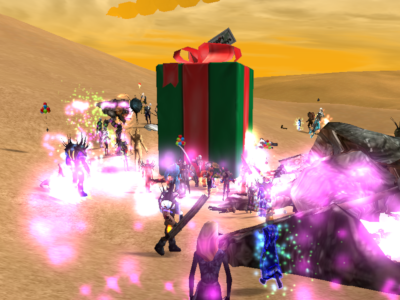 The Gift of the Desert Rider spawns when he is defeated

After the Desert Rider has been killed, a beacon spawns
close to the smaller building
Newland Desert - 2223x1591
in the outpost. Clicking the beacon warps you into the Desert Nomad Fortification, which is a single-player instance, similar in layout to a regular solo mission. The beacon lasts for 10 minutes, so you don't have a lot of time to enter. 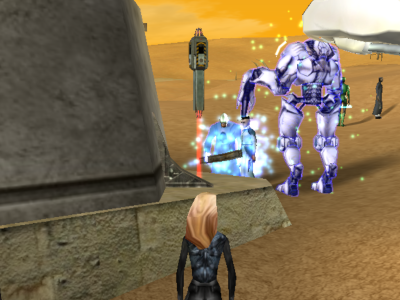 
This fortification is filled with many desert nomads, which may drop the following special loot:

Rusted Carbonum armour pieces will drop in a small QL range around your own level.

Besides the regular desert nomads, there are four bosses inside: 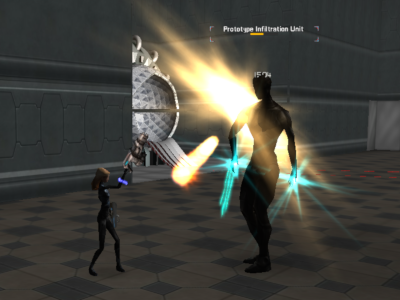 
These bosses may drop the following special loot:

Elite Desert Nomad armour pieces will drop in a small QL range around your own level.

Besides the beacon to enter the Desert Nomad Fortification, a second beacon spawns after the rider dies. This one spawns
on the roof of Fair Trade
Newland Desert - 2218x1565
in the outpost. It remains available for 30 minutes, giving a bit more time to enter, or even to bring friends (or alts) in for loot after the fight is over. To use the beacon, you must be level 201+ and in a raid. This instance has a 5 hour raid lock.

The Arena consists of a single, large room with a placeholder boss called The Matador. Defeating him should be relatively straightforward. Although he hits hard, he doesn't have any special abilities. Once defeated, a monster called The Carbonum Bull spawns. He is quite a bit more difficult to manage and uses the following specials: 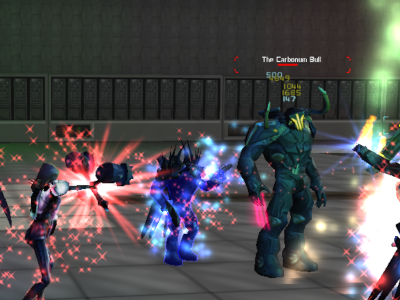 
The Carbonum Bull may drop the following loot. Once aoitems.com is updated, item links will be added.


Last updated on 06.29.2022 by Saavick
Written by Saavick.
Do you have questions about this article or found an error? 2 comment(s) - Click here to view them!