Feedback: Feedback-Thread
The One can be found at the
Hard Luck Ruins
Southern Fouls Hills - 2259x1807
in Southern Foul Hills. He looks like the Baby-Face mobs you might have encountered in higher level missions. You'll need at least two teams of level 180+ froobs to take this mob down, or a single well-geared 220 with crowd control nanos. It is probable that you will face up to five targets. 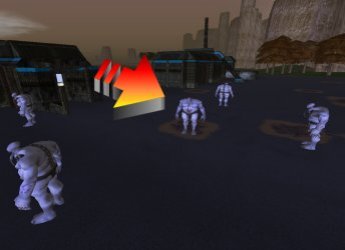 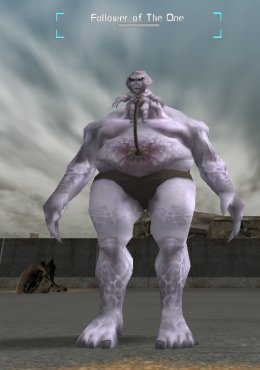 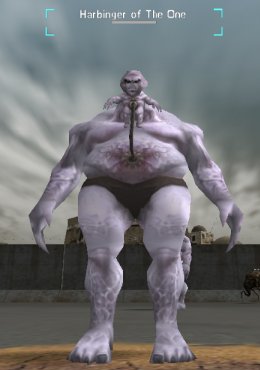 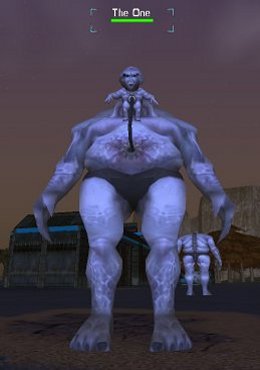 If you don't see The One, then its placeholder Harbinger of The One will be there; he must be killed for a chance of The One to spawn in it's place. Harbinger will be an easier kill compared to The One but both do hit hard, so don't get too confident. You may have to kill the placeholder a few times before the main target spawns. Both also have the ability to warp players back to them, which means that if you're keeping your distance and all of a sudden you are out of combat be ready to run because a second later you will be next to the mob.

As soon as The One is attacked, 3 or 4 mobs called Pet of The One will spawn and go after anyone attacking their master. 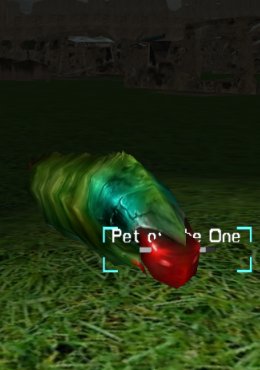 Pet of The One

These little worm looking things may seem as no danger, but trust me they can be a pain. They hit as hard as The One himself (1-2k damage), they have a nano that will slow every action you make (running, nano casting, etc). Killing them won't work because a new one will spawn as long as you continue to attack The One. The best strategy is to root or sbare the pets and get them away while you continue your assault on the main target.

The One drops several nice items, mainly for froobs:

The drops are not 100%, and are pretty much random. There is no guarantee any will drop, you may get some, all or none.


Last updated on 12.16.2021 by Saavick
Information originally provided by Windguaerd.
Do you have questions about this article or found an error? 2 comment(s) - Click here to view them!