Hollow Island is located in Belial Forest. It is a raid that is started by fertilizing a small innocent looking sapling. This sapling then triggers a series of 10 progressively harder spawns of Eremites including Broods, Brutes and the Champion which is the boss of the wave. 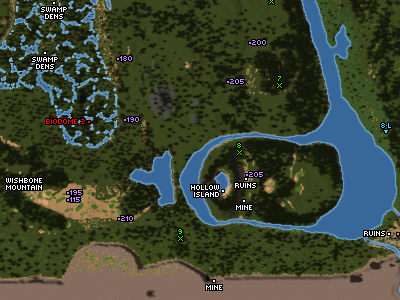 The easiest route to Hollow Island for people with the Shadowlands expansion pack is by equipping your yalm and then making your way to Jobe Plaza. If you jump off of Jobe Plaza in your yalm you will be at the Island and safe from any Psionic Eremites that could be waiting for you if a raid is already in progress. If you don't have the Shadowlands expansion, then approaching the island with caution is advised. Another option is having a Parrot morph from an adventurer cast on you either before jumping, or when approaching from Rubi Ka.

Before starting the raid, you need to get your hands on some Scorpiod Droppings. These are what can be used to fertilize the sapling.

The mobs that drop the droppings, are called Stinking Scorpids. They can be found relatively near to Hollow Island in this area 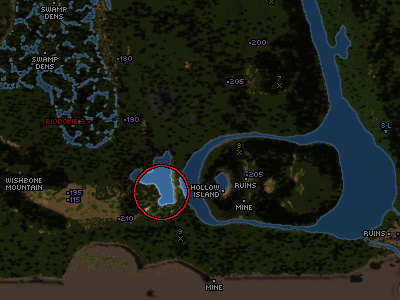 You will find Stinking Scorpids in this area

The mobs are level 205ish and do melee damage. 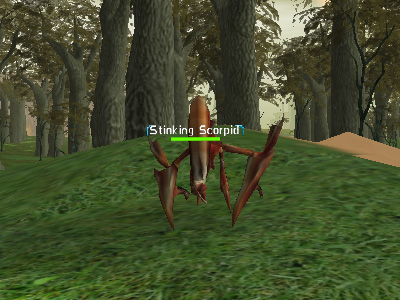 The droppings are not UNIQUE flagged, so you can gather as many as you want. Though you will only need 1 for fertilizing the sapling.

Now you have your Scorpiod Droppings, you need to get your raid group assembled and ready for action. 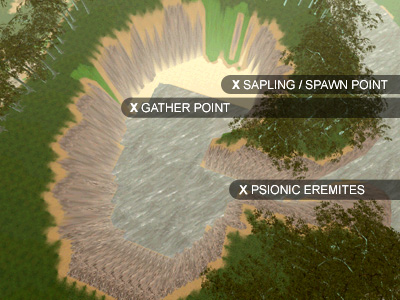 View of the island

As mentioned before, as soon as the raid is activated, you cannot simply swim into the island any more. As you can see on the image above, Psyonic Eremites will spawn at the entrance to Hollow Island. You will need to either be warped back by a friendly engineer or have a yalm / flying vehicle you can equip so you can fly over them without getting agro from them.

Once you are all assembled, one person needs to open dialog with the sapling. This person should have the droppings to "trade" with it. 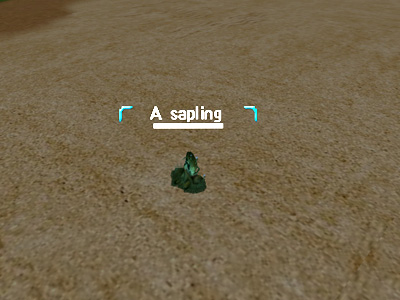 The dialog is not overly long, and soon enough you will get to this:


Estimating the alternatives, you decide you are better off leaving it be, perhaps some fertilizer would bring it some luster?

This is the point where it will all kick off, albeit quite low level action to start with.. but definitely progressively harder!

Once fertilized, the sapling should morph into a fast-growing sapling. This sapling will become higher level as the raid progresses. 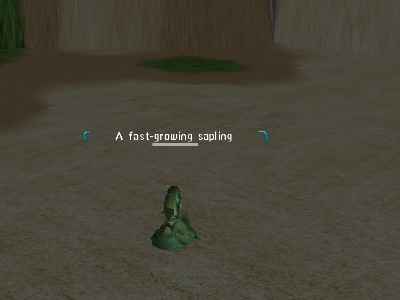 We now should also start seeing our first wave of mobs. Each wave will have its own Brood Champion.

On killing the Tenth Brood Champion, the Hollow Island Weed spawns. It is at this point where you need to either act very quickly if you have enough damage and kill the Island weed within 5 minutes, or choose to take on the additional bosses instead of the weed. The Hollow Island Weed has a despawn timer of 30 minutes.

When Hollow Island Weed dies there is one last and particularly nasty defense mechanisme that is enabled, as there will continous spawn eremites. Which eventually mean it will be almost impossible to loot from the weed as they completely will cover it. There one easy way and some small tricks you can use to make this dangerous task a bit easier.

When weed is almost dead you yalm up using real yalm, not phasefront. You need to be exactly over the weed and ready to press the corpse. Be sure which key is set to open loot (dont use mouse to open loot, only to press the corpse). The looting is so much easier, if you find a friendly tank who is willing to sacrifise him self by pulling them away. This gives you some extra time. The use of Atrox ShadowBreed and Might of the Revenant makes it alot easier for the tank to pull them away because he will not be stunned and ShadowBreed will make him last longer. Some of the effects of the ShadowBreed will also allow you to survive longer.

After killing the Hollow Island Weed, some tiny Vegetarian Leets spawn inbetween the huge number of eremites. If you manage to survive this mess and talk with them, you can exchange a looted token board for one of the opposing faction. The board you trade determines which other board you receive; you do not get to choose.

The following table shows which token board is exchanged for which other board: