Very little is known about the terrorist organization known as the Dust Brigade. What is known is that three of its generals have taken residence in the Northeastern corner of Perpetual Wastes. Each general is accompanied by two or three Masked Commando Elites.

Prior to the 18.8.13 patch and the Dust It Off mission, the Dust Brigade generals had to be spawned by killing a placeholder. This is no longer the case: a new general will spawn 5 minutes after one was killed.

Each general has his or her own surprises and your strategy will have to vary to accommodate. They each have their own unique loot, plus all generals may drop the following items: 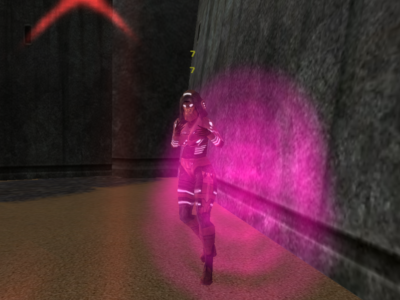 General Vivyan
Perpetual Wastelands - 2120x1760
and her Masked Commando Elites are located at 2120x1760 in Perpetual Wastes near the buildings in the middle of the central canyon.

General Vivyan is probably the most straightforward of the three generals to kill. She will regularly stun everyone in the vicinity. The stun comes with a DoT.

Here is the list of items that Vivyan may be carrying: 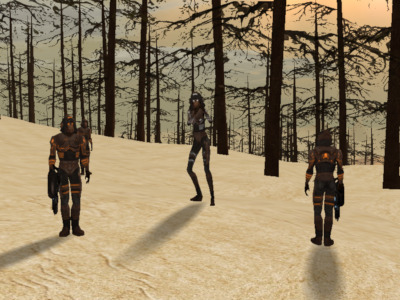 It's difficult to decide whether Nirtox or Kronillis is hardest of the three generals to kill. General Nirtox has an AoE DoT, that can be quite painful, as well as an AoE -300 nano skills debuff. However, Nirtox's truly nasty trick is the ability to warp you away to a location just Southeast of the town of Sabulum in Perpetual Wastes. By the time you run back to Nirtox, she will probably have healed up. This repeated warping away and loss of aggro is what makes Nirtox hard to kill.

There are several ways of dealing with this. If your team has balanced damage dealing, then you can try to switch aggro across your team and thus she may not get around to warping anyone away. You can station an engineer nearby who is careful not to aggro Nirtox, to warp people back when Nirtox warps them away. You can try to make sure your team is large enough so that someone is always there to hold aggro when one or more of the other team members are warped away and need to fly back. The most difficult yet most reliable method for dealing with Nirtox is to carefully pull Nirtox all the way to the location southeast of Sabulum where she warps you.

A team of 3 reliably good level 220 damage dealers can usually kill Nirtox without too much trouble.

Here's what Nirtox may be carrying: 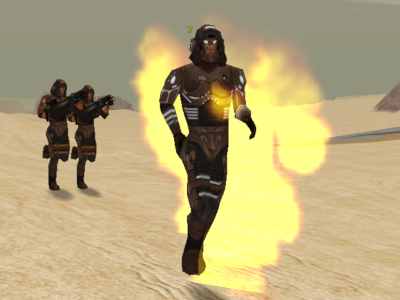 General Kronillis
Perpetual Wastelands - 3333x2222
can be found at 3333x2222 in Perpetual Wastes among a ring of rocky hills near the Liberty Omni Mine, which is overrun by cyborgs.

Kronillis is very hard to kill because he will regularly cast a 75% all damage type reflect shield which will reflect back a maximum of 200 points of each type of damage. Bringing along a Nano Technician with Lost Eden Double or Triple nukes which cut through reflect shields is helpful. Another useful profession to bring are engineers who have a reflect shield reduction harmful aura, such as Null Space Disruptor.

Kronillis may drop the following items:

Note that these two Hud Upgrades also drop from T.I.M. in the Foreman's Office. It's a lot easier to loot them from there, if you're still able to. You need to be level 100 or lower to enter there.


Last updated on 12.31.2019 by Saavick
Written by Llie.
Do you have questions about this article or found an error? 7 comment(s) - Click here to view them!