Feedback: Feedback-Thread
This daily mission is given by the Agency Handler in Rome. You'll be instructed to travel to the Clan outpost at Bliss in The Longest Road. There you need to deface three Clan propaganda signs. You will be given an Equipment Pack by the Agency Handler. Right-click on it to receive:

The goal of this mission is to deface three Clan propaganda signs all within a fixed amount of time. With your Omni-Tek Nano-Spray in hand, proceed to Bliss. The most likely path you will take to Bliss will be to take the whompah or grid to 2HO and then the whompah to The Longest Road. You will need to exit the Biomare Research facility grounds and head West.

There are lots of clan guards between level 100 and 150 guarding the outpost of Bliss. They will attack you on sight. At the entrance to the outpost, you will find the first Clan propaganda sign. 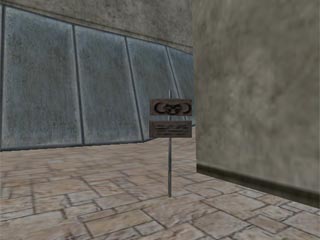 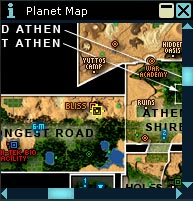 Target the sign and right-click on the Omni-Tek Nano-Spray to spray graffiti on it. You will immediately receive a PvP "Flag" upon defacing the first billboard, if you aren't already flagged from dealing the vanguard guards in the area. You will also receive the first "Graffiti Artist" nano in your NCU. You must have all three "Graffiti Artist" nanos running in your NCU simultaneously to successfully complete this mission.

Enter Bliss, turn left and run up the ramp. Follow the path that heads north and you will eventually reach a billboard with the second Clan propaganda sign in front of it. 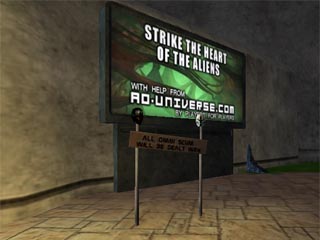 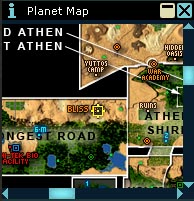 Again, target the sign and right-click on the Omni-Tek Nano-Spray to deface it. You will receive your second "Graffiti Artist" nano in your NCU. Continue through the opening in the wall that leads to the central courtyard in Bliss. A the far west side of the courtyard you will find two advertisement billboards that flank the third and final Clan propaganda sign. 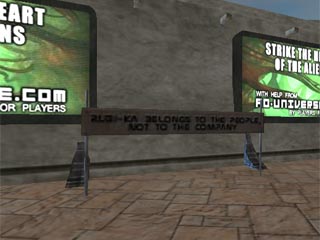 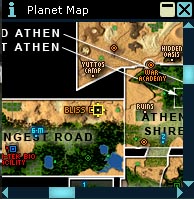 Target the sign and right-click on the Omni-Tek Nano-Spray to deface it and to receive the third "Graffiti Artist". You can turn around and head back out of the outpost and then back to the east where you can return to the Biomare Research Facility to use the whompah to 2HO.

You must return to the Omni Mission Agency in Rome and speak to the Mission Agency Receptionist to receive your reward. It will remove the PvP flag as well.


Last updated on 01.06.2020 by Saavick
By Vinndeta (transcription and screenshots by Llie)
Do you have questions about this article or found an error? 3 comment(s) - Click here to view them!