If you have never been to the APF area, please consult our Alien Playfields Guide on how to get there. Once you are there, talk to the Unicorn Security Administrator at the top (near the stairs) and get the mission for Area 28. You need to be in a team to do this, since the NPC won't give access to this quest to anyone without one. Head down the lower level and enter the portal to Sector 28 there. 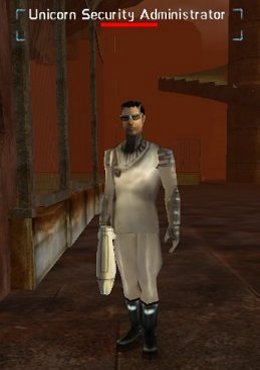 Get your mission from him

The objective is to protect the Rookie Alien Hunter. 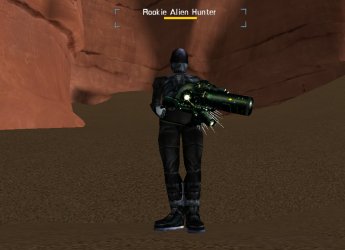 In this sector, you follow the NPC Rookie Alien Hunter. You follow him through a series of canyons loaded with groups of aliens. There are also several ambushes along the way. THE ROOKIE MUST STAY ALIVE UNTIL THE END!

Have your raidleader or someone with the mission talk to the Rookie. He says he will lead you to the alien boss he found, only if you give him 2 Million credits. 1M now, 1M when you get to the boss. Once he's paid, he will start moving.

If you attack him, he will kill anyone who aggroed him, and shoot you a bit + Nuke for up to 50k depending on reflect. He will also do this to anyone who tries to heal the aggroed player. The Rookie Hunter will run/jog/walk, follow him. The mission is for you to protect the Rookie, so only move when he does, keep your group on top of him and spread out around him. Do not get in front of him.

If the rookie dies, you must go back and get a new one, which is a major time waste because it is basically redoing the whole sector. Also, along the way through the canyon, there are several laser fences blocking the way. Do not run into these, as they will insta-kill you. When you come to these, stay behind the rookie and he will disable them at which time they are safe to pass through. 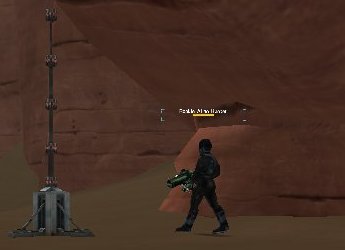 The Rookie deactivates the fence.
The sector boss spawns in the middle of the last section of canyon as long as the rookie is still alive (after this it doesn't matter if the rookie dies). Let a single person (the tank) attack Embalmer Cha'Khaz to build hate, and NO ONE ELSE. The boss will spawn adds in waves: Support Sentries and Drone Harvesters. Kill these immediately, especially the Support Sentries as they can cast protection/heal nanos on boss. 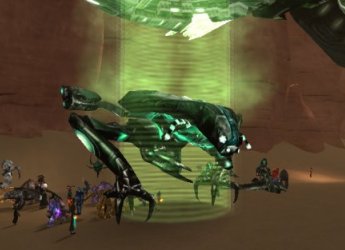 Embalmer Cha'Khaz
The Drone Harvesters are a real pain too as they "capture" someone inside a cocoon, rendering that person unable to do anything until the cocoon is killed. 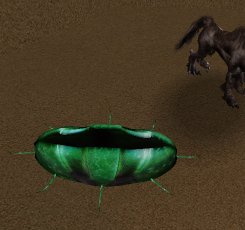 Cocoon opens after it's killed, releasing it's prisoner
We recommend having everyone assist a caller on the adds while the tank is building aggro. Once the tank has sufficient aggro (1-1.5 bars of health), everyone should attack the boss. Keep in mind that adds spawn throughout the fight so everyone should re-assist the caller frequently to make sure the adds stay to a minimum. It seems that when the embalmer is almost dead he starts to wipe aggro and attack random people, be prepared for this, docs.

Once boss dies and loot is rolled, you can use an exit to leave the area which is at the end of the canyon not far from the boss. 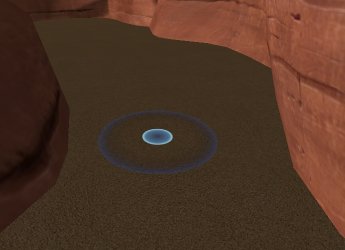 Tips
1. Have a raid leader.
2. Stay with the rookie at all times! People get anxious and want to pull aliens from ahead, but this could leave the rookie open to one of the sudden ambushes that occur frequently.
3. If the rookie's health gets low, the only way to heal him is by putting MP heal pets on him.
4. Attacking and/or healing the rookie will result in insta-death. DO NOT ATTACK OR HEAL THE ROOKIE. AoEs are allowed, the only ones that are not allowed are martial artist and fixer area hit special attacks (eg Cluster Bullets).

Note: A 'caller' is the person who will be the first to attack an alien. For example let's assume Windguaerd is the caller, this means everyone else in his team or the raid will use a macro like this: /macro Assist /assist Windguaerd which will create a shortcut that you can temporarily add to your shortcut bar. This allows everyone to attack one alien at a time and have a fast kill ratio, instead of people attacking several aliens that will take longer to kill.

As of Patch 16.0, the Rookie now will switch to the faction of the player who pays him. This makes it hard for anyone to attack him accidentally.


Please see this guide to see the processes for the above tradeskill items.

The data core can be returned to Unicorn Administrator for an Encrypted Kyr'Ozch Key. You need one Data Core from each of the Sectors 13, 28, and 35 to make the key needed to access Sector 42.


Last updated on 09.18.2020 by Saavick
Credits
Information originally provided by Roedran to the AI Library Forums. Additional information provided by Windguaerd. Loot tabled provided by Turk021 to http://forums.anarchy-online.com/showthread.php?t=392937
Do you have questions about this article or found an error? 4 comment(s) - Click here to view them!